Italian born- Sheffield based heavy alt-rockers Outta Peak were featured asour trakc of the day with their awesome new track Anything (see it here). We asked the band to take on our A-Z challenge! A song that made you want to make music? There is one single song that made me pick up the guitar: […] 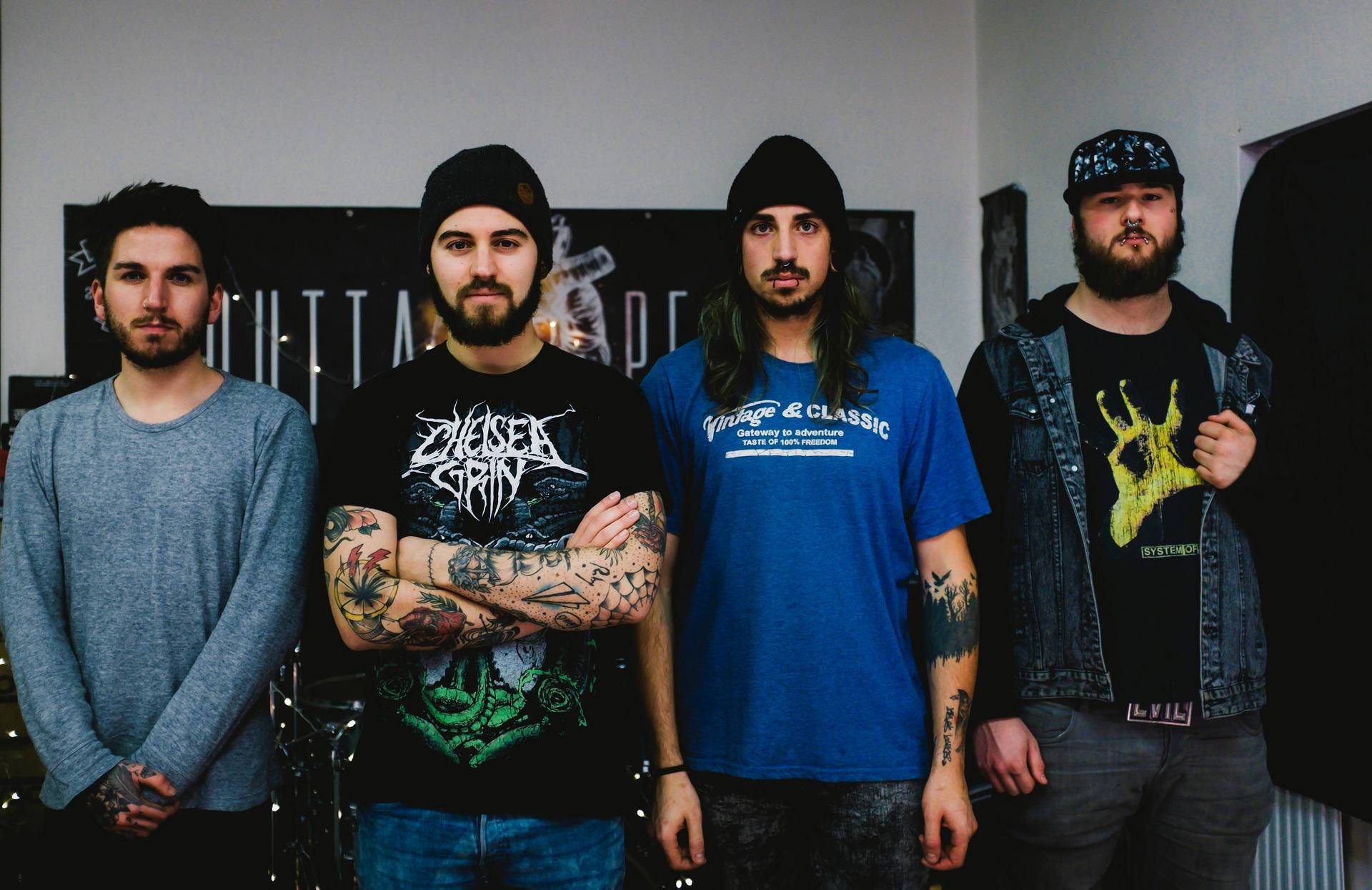 Italian born- Sheffield based heavy alt-rockers Outta Peak were featured asour trakc of the day with their awesome new track Anything (see it here). We asked the band to take on our A-Z challenge!

There is one single song that made me pick up the guitar: Still Waiting by Sum 41. Oh man, what a song!

Our last East European Tour was the one!

Last summer during the East European Tour we were in Ukraine, we played at the Rock Bulava Festival, it was crazy. After the show we’ve been stuck with the fans for 30/40 minutes, taking pictures with them and signing autographs. It was strange for us, but so cool!Then a wild fan appeared asking us if we could give him our four sweated shirts of the stage time, it was really really weird! Or maybe it was weirder that time that a fan asked for us to sign on her titties? Honestly I can’t choose between those two!

I’d say “Megan Fox” off our first album. Total amount of three chords, but they work very well together, don’t they?

We don’t have an absolute favourite song because from time to time the preference changes.

Vic Fuentes from Pierce The Veil for sure.

Accepting the “no” that you get on a daily basis.

Riccardo, he breaks everything he touches! A quick example is that he had to buy a new bass, amp and cab a week before last tour. Safe, right?

As you know, our band is half Italian and half English, it’s always funny talk about the accents and the diversity of the language that we have inside of the band.

It’s a cliche, but being inspired and with a guitar in the nearing!

We grew all up with different kinds of genre, but at the moment we can probably say that one of our favourites is Pierce The Veil. Oh, and Northlane too.

Blood Youth! They just released a insane new single, check them out guys!

I would say Pierce The Veil, again.

We played all over UK and Europe, we’d love to tour in USA and Japan one day.

From “It’s Raining Outside” the quote is “After all the only thing I wanna know is, can you look me in the eyes one last time without suffering?“

“Loveproof” is the exact summary of what our last album is.

May 25th The Scene Club, Swansea

May 27th The Booth Hall, Hereford

May 28th The Anvil, Bournemouth

And loads of others to be announced!

Absolutely not. Don’t get me wrong, we love the classics and old music, but we believe that music is reaching an absolutely higher level both technically and harmonically nowadays. So if we can choose between just old music or old music and modern music the answer is simple.

We have just t-shirts and CDs on our merch table, the good old school way!

Nothing so far, our process to create the songs involve a lot of work in different times, even months. This makes us sure to have the best song we could possibly have.

Fans are really important to us, it’s always a pleasure to hang out before or after a gig with them or get in touch to listen to their feedback about our releases.

Nobody, fortunately, had any injuries during our career.

Riccardo’s fault 100%, he is too slow to do everything.

What about an Elephant? We always loved to be downtuned because of the bigger sound and, as New Noise Magazine said, every note is like fist to the jaw. Think about being hit by an Elephant, you are going to remember it for the rest of your life!