Our Hollow Our Home take on the A-Z challenge

Southampton metalcore starlets Our Hollow Our Home have been gaining a whole load of traction in the UK with their combination of brutality and melody and are gearing up for their second annual Holloween all-dayer. The band have just released their highly anticipated second album In Moment // In Memory to rave reviews. We asked Our Hollow Our […] 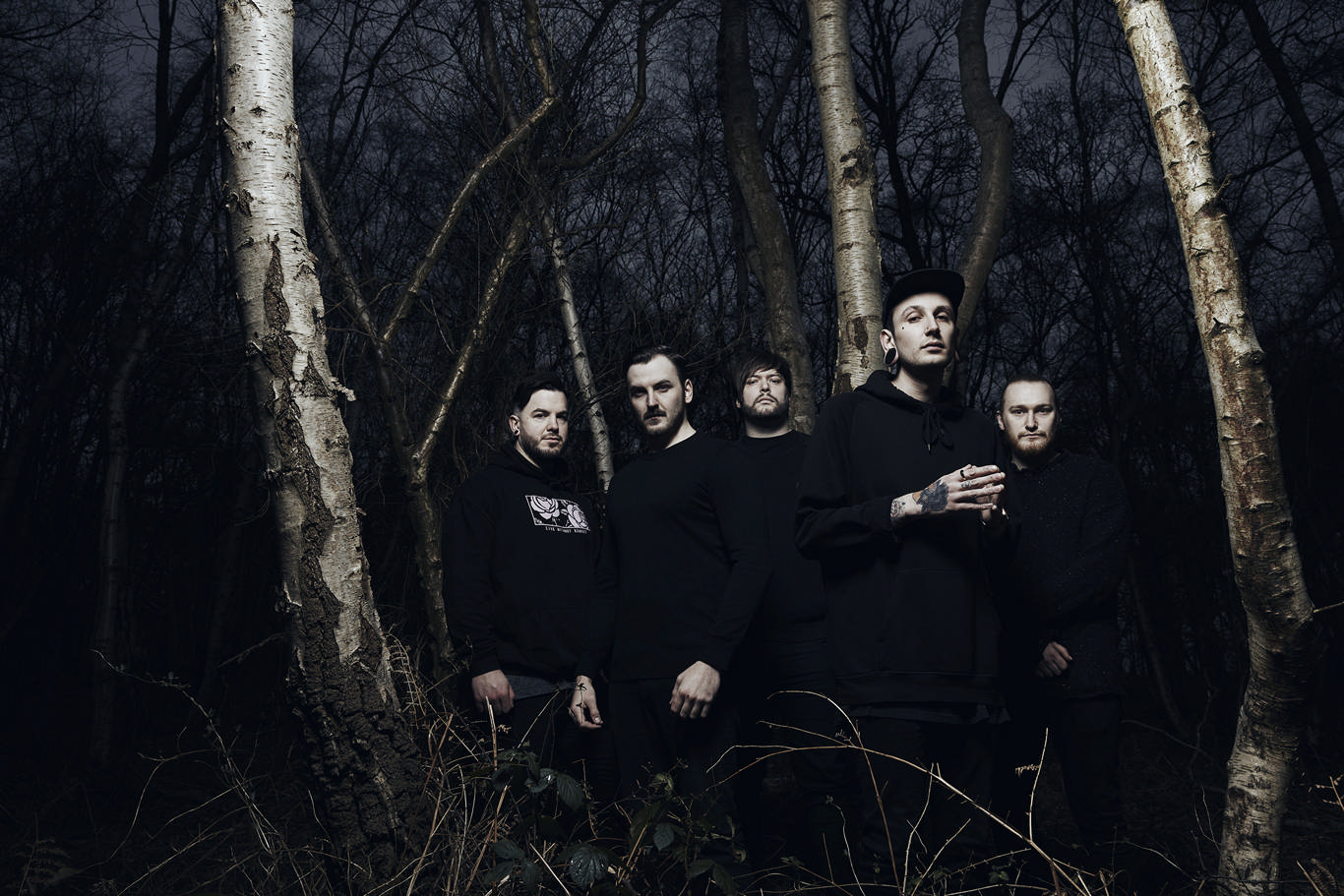 Southampton metalcore starlets Our Hollow Our Home have been gaining a whole load of traction in the UK with their combination of brutality and melody and are gearing up for their second annual Holloween all-dayer. The band have just released their highly anticipated second album In Moment // In Memory to rave reviews. We asked Our Hollow Our Home to take on our A-Z challenge so we can find out more.

Toby (guitar/vocals):“Deadbolt” by Thrice, the first “post-hardcore” song I ever heard and completely changed my world!

Josh (guitar):Would be between the Dynamo in Eindhoven or when we supported Asking Alexandria in Poland. The riders were intense.

Connor (vocals): Breaking down on tour last summer for like 4 days in a town in Austria was pretty crazy bad so that’s gotta be up there, but this year we got to share the stage with Underoath at Graspop Metal Meeting in Belgium, and I briefly got to chat with Aaron their drummer which was pretty surreal. They’ve been a band I’ve looked up to since I was like 13 so to get to thank him personally for those songs was crazy.

Toby: “Sit with me for a little while, and don’t be nervous, cos I am not afraid of death” – “Father & Ghost” from the album “IN MOMENT // IN MEMORY”

Toby: “Lieoness” from the album “HARTSICK”, from intro to outro probably the quickest I’ve ever completed a track.

Connor: I’d say as it stands, the favourite for me to play is probably Feast for the Crows. The reaction that this particularly aggressive/ heavy track gets from our fans always gives me a second wind and is very cathartic to perform. You just forget everything else and focus on the song!

Toby: Charlie Simpson – Fightstar, would be a dream come true, the man is one of my favourite vocalists of all time.

Bobby (bass): is dealing with the stressful times and personal space that you don’t get on tour. It’d difficult to get your own headspace and it drives you a little mad from time to time. But we for sure wouldn’t change it for the world!

Interesting fact about one of your member?

Nick (drums):We all have one interesting thing about us! Nick is self-employed running a studio, Toby collects and paints Warhammer models really well, Bobby is currently writing a novel, Connor has his own side trap project and Josh is a DJ at different nightclubs around the south!

Nick:Screeching at the top of our lungs for no apparent reason, or doing an olive. Just ask Landmvrks what it means…

Toby: That’s a tricky one, just being honest with yourself and as cliché, as it sounds, write from the heart.

Josh: Straight up, Poland after going to the metal hammer awards. Strong words were had on that drive…

Toby: Chris Turner, the drummer/machine from our friends “Oceans Ate Alaska”. I have never met anyone so talented in my life. Props to you dude!

Connor:One new band I personally can’t stop jamming is a group called Self Worth from London. They currently have two tracks out both with visuals and on most streaming sites, and I couldn’t recommend them more highly. Prepare for an emotional ride!

Toby: Parkway Drive would be amazing… maybe they’d lend us some pyro? Please….?

Josh:Japan without a doubt. Always wanted to go there, it looks mental, and I know we would just have the best time

Nick:  “It is when you are at your worst that you are in the middle of progress, so power on through”

Toby: It perfectly sums up the journey taken in creating the record, as well as the journey you take when you listen to it.

Bobby: Holloween 2018 at The 1865, Southampton on the 27th October or on our UK/EU run with Glamour of the Kill in November!

Toby: Yes and no, we listen to a lot of timeless records whilst on the road, but there are some amazing new bands coming through all the time!

Bobby: Our most unusual merchandise has to be OHOH Hartsick mugs. #mugsick

Nick: An ambient version of any song, the ability to create atmospheric sounds with just a guitar is incredible work from Toby

Connor: Our fans honestly are what drive us and hold us together a lot of the time. Being an independent band with a small team including ourselves that work on everything/anything OHOH related to make it happen can be tough, but the unwavering support from our street team (TEAM OHOH) and the countless fans that have reached out from across the globe are what makes every bit of hard work & sacrifice worth it.

Nick: Josh is hands down the person who wakes up late…but Connor is the guy to say “sorry boys I didn’t realise the time we had to be there.

Connor: Probably penguins. We squabble a lot (like all good friends do), we all kinda dress similar and I guess after two or three weeks of tour those long drives start to get to you and we walk like them too? Haha no I think Penguin is a good shout because there’s so many different sub-species of that animal, all looking a little different from the next, but not necessarily breaking the mould… That’s us in terms of music! We aren’t pushing any boundaries with our music, but we enjoy creating and playing it, and who doesn’t love penguins?!