Otherkin are currently on the road, touring their cracker of a debut album, ‘OK‘. We asked guitarist Conor about their album, and their tour. The response to your album has been immense, and you’ve been compared to some pretty big bands, what does that mean to you guys? Yeah, it’s a great start! We wanted […] 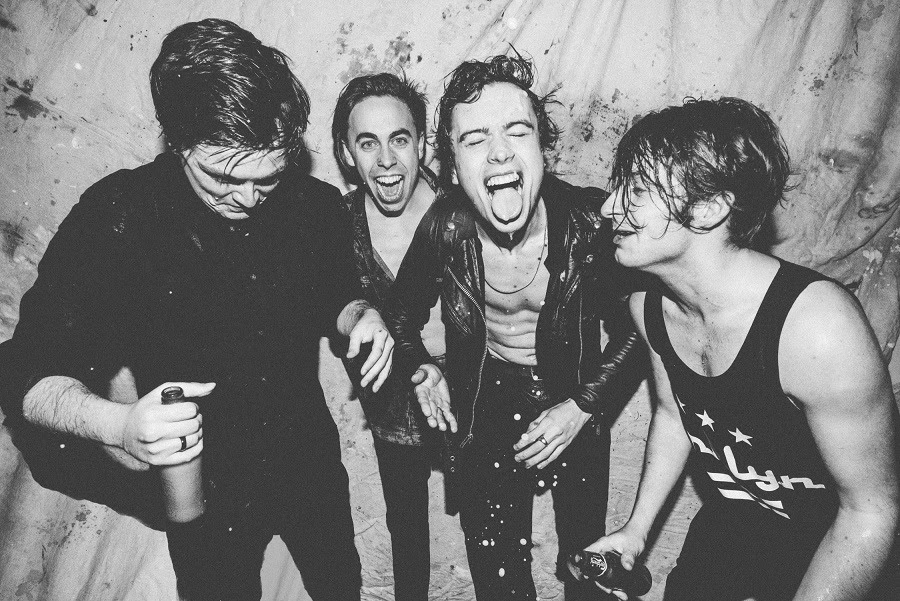 Otherkin are currently on the road, touring their cracker of a debut album, ‘OK‘. We asked guitarist Conor about their album, and their tour.

The response to your album has been immense, and you’ve been compared to some pretty big bands, what does that mean to you guys?

Yeah, it’s a great start! We wanted to make sure we didn’t release our debut album until we felt every song was of equal quality and that we all loved it ourselves. It’s great to finally have it out there and we can’t wait to get it out to even more people over the coming months.

Did you find the recording process for recording a full-length album different to an EP and in what way? Was it any more difficult?

We recorded the album in the same studio where we’ve recorded pretty much everything to date, and to be honest it was a really enjoyable and relaxed experience. There’s definitely a lot more work to put in, and having a sharp attention to detail when recording 16 songs can be difficult at times but I feel we achieved exactly what we wanted.

Who were your inspirations when writing and recording?

We wanted the album to capture our live energy; bands like Fidlar, Sonic Youth, Parquet Courts and The Oh Sees were artists we’d definitely taken notice of for records with raw energy. When it came to the writing I think we just wanted to write these energetic garage rock songs with big choruses. There wasn’t one particular band that influenced our style; we just had a good idea of what we wanted to go for. I think artists like Blur, Nirvana and The Clash are great examples of bands who could keep it simple but write very catchy and memorable songs.

How’s the tour been so far and which date are you most excited for?

The tour has been amazing so far, it’s pretty difficult to pick a certain city as it’s really cool to see how each region has it’s own vibe. We’re all really looking forward to playing shows in European countries we’ve never been to though, discovering a city for the first time is always a super exciting experience.

Which songs are you most excited to play live?

‘89! Have been dying to play that live for so long, one of my favourites on the album.

You’ve been playing shows all summer and you’ll carry on playing through to December, what’s touring life like?

It’s a shit load of fun, being in a van with your best friends travelling the world is amazing. On top of that we’re bringing our debut album all around The UK and Europe, it’s exciting times and very fun times too!