We here at AltCorner enjoyed seeing Orphelins last month in Bristol and decided to have a chat with lead singer, Ashley Jackson to find out when we can expect new music, their samples of other bands they use when playing live and we also found out what they deem a ‘milestone’ for the band. 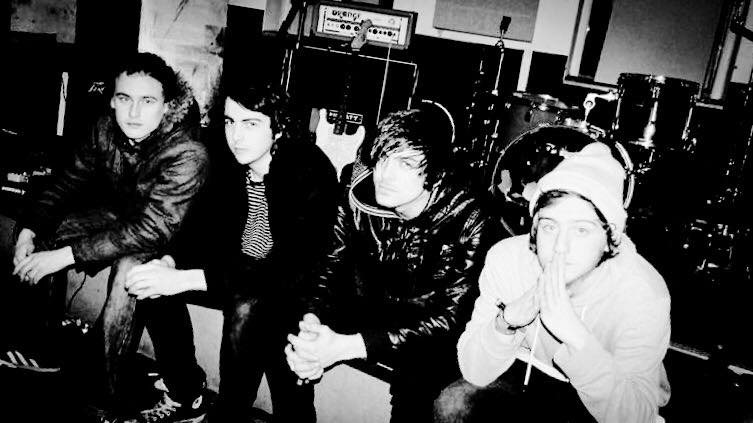 Orphelins are a Bristol based Alternative Rock band formed in late 2014. Already gaining a strong reputation for their ability to create catchy riff-driven tracks which when performed live have a charismatic and punchy feel to them. Orphelins are working on their debut EP that is to be released Late Spring/Early Summer. We here at AltCorner enjoyed seeing them last month in Bristol and decided to have a chat with lead singer, Ashley Jackson to find out when we can expect new music, their samples of other bands they use when playing live and we also find out what they deem a ‘milestone’ for the band.

Hey Orphelins! How are you doing? We recently saw you play at The Exchange with A Year Today, loved you guys that night, how was that gig for you?

The gig with A Year Today was great to be a part of. Their EP is really strong and they are all good mates. We played our first ever gig with them back in August last year and really enjoyed the night and wanted to do the same again. The gig went really good, it’s without doubt the most fun we’ve had on stage as a band. To see people moving and singing along always makes us on stage wanting to give more, it was just all round a good gig to play in front of a sold out Exchange.

I noticed a tinge of ‘The Prodigy’ amongst your set too…do you often incorporate others songs into your own?

We do the outros for songs just purely for fun. We used to do an outro of The Chain by Fleetwood Mac and we decided to mix it up with the recent cover. We’ll probably mix it up again in future gigs, might drop a whole cover into the set soon whilst we’re still writing more songs. The artists we cover are ones we admire ourselves, a sort of way of just showing recognition through your own live show.

You’ve built since a solid following and certainly have a buzz around you amongst the Bristol music scene BUT you’ve not released anything yet! When is a release planned and what is it?

We’re planning on releasing an EP very soon. It’s full of the first ever songs we wrote together as a band. Currently we’re waiting for Sean (our drummer) to recover from his broken thumb but we’re going to be recording as soon as the cast comes off. We’re recording it with our good friend Jordan Jefferies who is a brilliant musician. His band Don Juan released a record in December last year called “East of Nowhere” and it’s available on bandcamp for free and it’s extremely good. Once our EP comes out expect us to be playing a lot more shows in Bristol and in the local towns and cities surrounding us. We love playing live so we just want to keep gigging to new people in new places all the time.

What can we expect from the upcoming release? Orphelins sound like they are a band that compiles a lot of influences, what are some of those?

The four song EP we are currently working on is full of fast paced, sing along rock songs. Quite a pop element in the structure and just straight to the point. Influences literally cover a really broad spectrum. The best quote that’s come out of a band members mouth to what sound we are trying to achieve would be from Damon (lead guitarist) saying “I want our sound to be like The Stone Roses getting fucked by Nirvana.” To list a few bands we pick up influences would be quite hard. Our love as a band for both British bands and American bands with quite contrasting styles. Ideally we want to have both sides shines through in our influences. We’re as big fans of bands like The Stone Roses, The Clash, Oasis as we are of bands such as Nirvana, Guns n Roses and Pixies.

Have you had any weird or damn right crazy moments when on stage?

Nothing too weird or crazy yet. Nobodies flashed yet if that counts as a crazy moment. I think the closest we’d come to this is when Big Jeff showed up at the end of our set at Start The Bus and started dancing. Coming from Bristol and with seeing bands quite often in Bristol, it’s a bit of a privilege when you see a Bristol legend such as himself turn up and move with the energy and passion that he does every night at a different venue. It was quite a honour in a way, for a Bristol band, it’s kind of a milestone.

Me and George are currently listening to Drenge’s new album “Undertow” which is absolutely incredible and is worth buying. We’ve got tickets to see them play Bristol on the 20th April at the Trinity and it will be an incredible gig. Other releases I’ve been listening too would be “To All My Sisters” by The Cribs which is again a brilliant record. On a local level we really enjoy A Year Todays debut EP which is another free download on bandcamp that is a great listen. I will also be picking up Turbowolfs debut album “Two Hands” as soon as I get my own hands on some money and in June I am looking forward to Wolf Alice’s debut album.

Do Orphelins have a 5 year plan or is it purely take everything as it comes?

We take it as it comes and enjoy being in this band. We’re just going to record our music and play gigs as often as possible and see where it takes us. It’s not the right attitude to plan ahead because you don’t know what the future holds for you. We’re just going to play gigs with other bands in Bristol and keep writing and recording songs. If anything happens on the way it’s a bonus. Whatever happens we’ll still be up the pub as a group of mates enjoying music we come across.

Without a doubt White Stripes. Jack White is genius. Personally love the rougher Lo-Fi sound of the band combined with the endless hits they got. Yeah definitely White Stripes for me.