Our A-Z Challenge is a fun way to get to know the many bands and artists out there. Here it’s the turn of Old Currents! 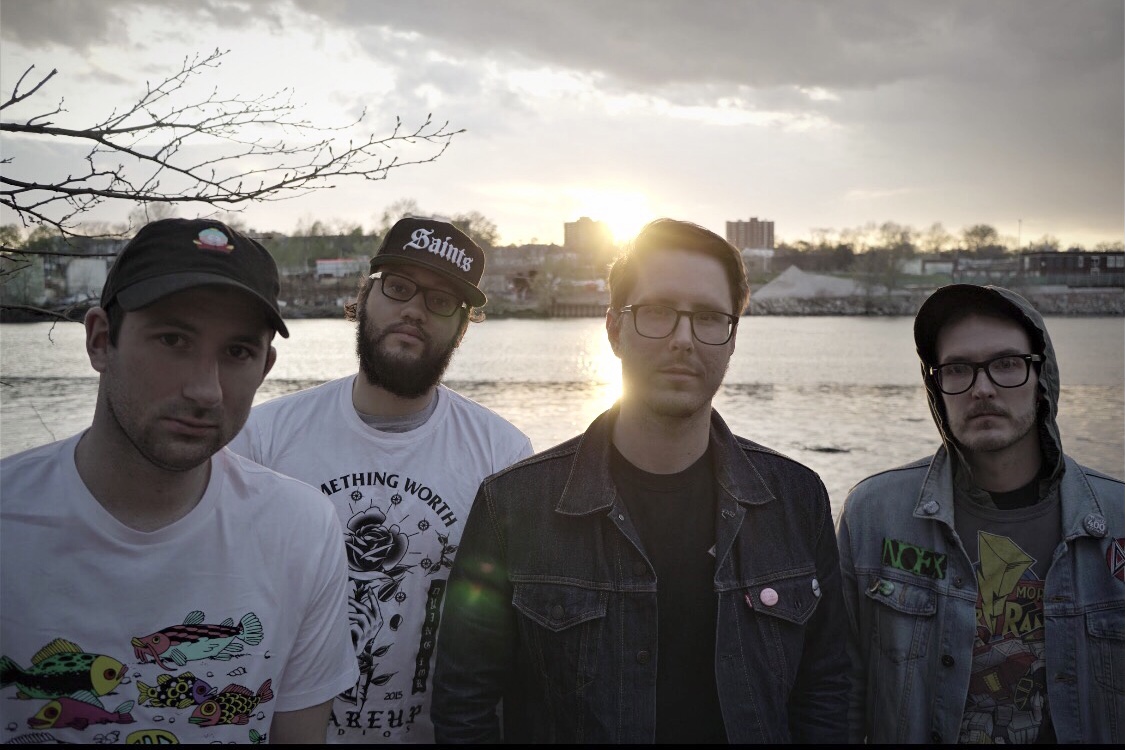 Jake: Like every kid Damnit by Blink 182 and Smells Like Teen Spirit by Nirvana kicked off wanting to pick
up an instrument but songs like Blackout by Dropkick Murphys, Just Like Clockwork by Lower Class Brats
and Slurring the Rhythms by Against Me! definitely pointed me in the direction of wanting to play punk
rock music.

Jake: We’ve never had the opportunity to have a proper rider, but any time we get gas money and some
drink tickets is a success in my book.

Jake: We’ve had so many weird moments. Craziest show was supporting our friends the World/Inferno
Friendship Society. Easily the biggest crowd we’ve played too. As far as weird moments, we’ve been
flashed by strangers on the street, hippies invaded our van, stayed at a haunted Quality Inn, pet baby
tigers, almost literally lost a bassist, and had an encounter with a wild bobcat in a hotel parking lot. Good
times.

Jake: I think that’s for the listener to decide, but I will say that while I love every song I wrote for the
album, The Glory is the most sentimental song for me.

Jake: Most of them have been easy writes. I write using the old “three chords and the truth” mentality.

Greg: Here, You Throw This Away. I love the energy that songs brings as the new set closer.

Jake: So many people come to mind for this one. Jason Isbell, Zach, Bryan, Phoebe Bridgers, Brian
Fallon, Frank Turner, Ben Nichols. Hell, I’d love to even have people like T.I. and Chris Webby or Hardy
and Luke Combs on a song someday.

Greg: Getting everybody’s schedules lined up. As people, we have great friendships and great working
relationships, but with getting older comes more responsibility. Homes, relationships, careers all must be
tended to as well. Finding the balance between band life and personal life is hard, but we’ve made it work
so far.

Ryan: I went to culinary school and worked at a high end restaurant Manhattan where I once made pasta
for President Obama and had my cooking reviewed in the New York Times.

Jake: Live a life worth writing about. If you don’t have any experience to draw from, how meaningful can
your songs be?

Jake: We’ve been as far north as Boston, and as far south as Nashville, but this year we’re looking to
take the band even further.

Jake: Every band we see is the most inspiring musician… until the next one we see. At the moment it’s
Manchester Orchestra. Joe and I saw them a couple weeks back and DUDE they are amazing live.
They’re definitely going to be the inspiration for a new song or two.

Jake: Oh man, there are so many bands you all need to hear, and I’m definitely going to forget some but
he’s a handful: Scary Hours, Neckscars, American Thrills, Tired Radio, Top Bloke, The Adventuring Party, Graveyard Ghost Story, latewaves, Boardwalk Saints among so many others.

Jake: As controversial as it might be, Machine Gun Kelly. Massive crowds, kids who are just discovering
rock and pop punk? Sign me up! Plus, we’d probably get to hang out with Travis Barker too.

Jake: The dream shows would be at Red Rocks in Colorado, The Ryman in Nashville and Fest in
Gainesville. In a more general sense, I’d love to bring the band to Europe to tour the countries of my
families’ heritage: the Czech Republic, Germany and Ireland.

Jake: Support your local bands, and local music venues. None of this would happen without your local
scene. There would be no Foo Fighters, or Green Day or anyone else on their level. We all start at the bar
down the street.

Jake: We have two title tracks for this so that’s where the name, The Glory, The Defeat, came from.
Cliched as it seems, this album thematically just touches on both the good and the bad in life, or the
glorious moments and defeats.

Jake: Our album release party at Debonair Music Hall in Teaneck, New Jersey on May 21st, 2022!

Jake: Disagree. I love a good dose of nostalgia, but I think music keeps getting better and better. I could
write a whole essay on this but I’ll leave it at that. Find me after a show if you want me to go deeper on
this!

Jake: We’re pretty simple merch-wise. If anybody has odd merch ideas, hit us up @oldcurrents.

Jake: I suppose I’d always have been curious about what a couple our songs would sound like if they
were given to a country singer, but I love our songs the way they are!

Jake: They mean everything. We’ve been fortunate enough to become friends with most of our fans to
this point. I’m a firm believer that the best things in life are family and friends, so that fact that we’ve
gotten to meet so many cool people is amazing to me.

Jake: We’ve each had our share of injuries and surgeries, but nothing that’s a direct result of playing
music and hopefully that statement will stay true for years to come.

Greg: Honestly, probably me. My job requires me to work on a lot of show nights, so trying to go from
work, to my home to get drums and dinner, to shows in a timely manner is a tall task.

Greg: I think the zoo animal that best describes our band is a kinkajou. Rare, but very personable and
strong.