OHNOVA take on the A-Z challenge

Our A-Z challenge is a fun way to get to know the many artists and bands around. Here its the turn of Paul from OHNOVA to tell us all about them. 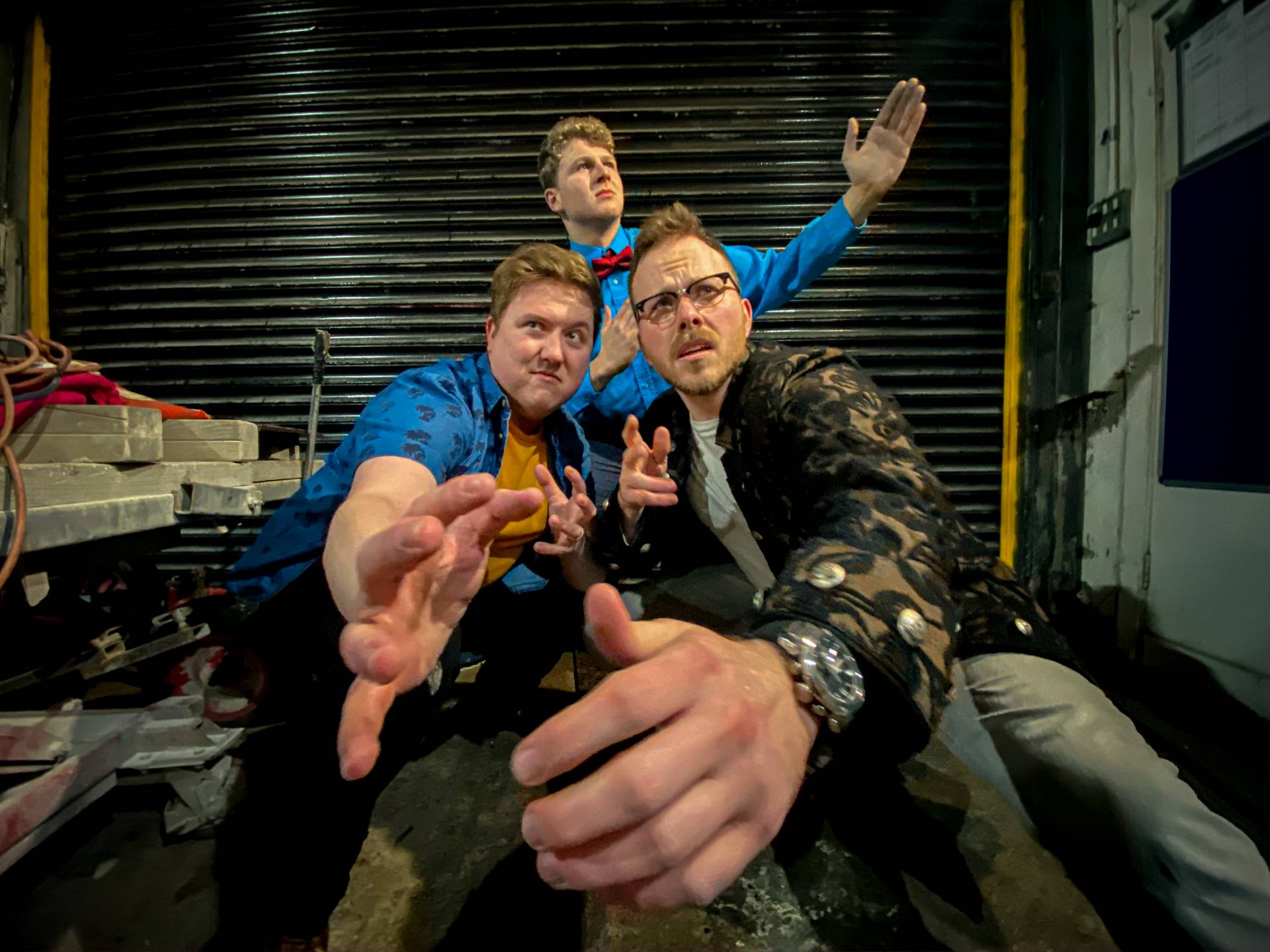 The song that made me want to make heavier music was Stricken by Disturbed. I heard it and was completely blown away. It proved to me that music can be anything and especially heavier stuff can be hyper melodic and meaningful.

We once played a place that basically said ‘your drinks are free’ when we arrived. It was great, but after the show it got a bit mad. It just kept going and we ended up playing again just before close and we were unbelievably sloppy! As you can imagine, heading to the next show the morning after was not fun!

You know, we’ve not really had any proper craziness. You hear about all the mental folk you can meet when you’re out gigging but to be honest, everyone we’ve met has been a right laugh. We like a good time, but it’s never really been anything we’d call crazy. Either that or the memory has been lost in a haze.

The one that springs to mind comes from the chorus of our latest single ‘Nobody Move’, ‘You can’t teach fire how to burn. Love is something we all earn.’ It’s about how love is basically this inherent thing, it happens, or it doesn’t. You can try all you like but if it’s not meant to be, it isn’t meant to be. It grows and is earned naturally.

It’s one hundred percent ‘Heavy Smile’ from our last EP. It was the first song we wrote as a band and it came together musically in a single practice. Lyrically it was fast too, only took about half an hour to write.

I’m loving playing ‘Nobody Move’ at the moment. But, right now, nothing beats when we play ‘Heavy Smile’. It usually gets a great reaction, singing, dancing and, of course, the massive ‘WOOOO’ that happens throughout it. It’s always a great laugh.

Josh Homme would be cool; man can do anything.

Putting up with everything around the music. Getting in a cramped car or van and driving for hours on end. Having to plan, budget and generally sort out releases. Having to market yourself! That’s a pain as well.

But it’s all necessary if you want to try make even a half decent go of it. At the end of the day, when you record, write, play or just generally create and then share it with whoever will listen, it all becomes worth it.

Matthew (guitar) is really into something called ‘shadow rap’ – whatever that is.

I think Matthew and Ciaran (drums) are hilarious but for the life of me I can’t think of any examples. We like random craziness or bizarre humour and try to have a funny element in most things we do. We like to take heavy topics and give them a positive spin. That’s why we like to bring humour to what we do, whether it’s at shows or in music videos.

A contradictory mixture of both patience and a willingness to abandon something that doesn’t work. You can feel if a song is good or not, so don’t try force it. We’ve done that once or twice and brought something we forced to a gig and it never goes well.

We’ve played as far north as Aberdeen and as far south as Stockport, one of those I imagine.

There so many amazing bands around Glasgow you couldn’t name them all. That said, people should check out Dead by Monday, Glorious Failure, Take Today and Calum Ingram. All different styles but all amazing.

Biffy Clyro, Don Broco or Vukovi. Not only do we love those bands, but we think our particular brand of riffy-ness would work with them.

Literally anywhere, we’d like to get to all corners of the UK and then beyond. We love gigging, one of the best bits of doing this. Travelling can be a bit of a bugger, but playing shows is the best.

‘Don’t panic.’ – Douglas Adams, Hitchhikers Guide to the Galaxy. Probably the most appropriate and useful quote I could bring up at the minute.

‘Nobody Move’ is dedicated to my wife as I work away a lot. It’s a reminder I’m always coming back and am ‘bound to her alone’. I’m not going anywhere, and I’m reliably informed she isn’t either, so I thought it was a decent title for it.

Well, nowhere at the moment but that’s a problem all bands are facing. Our next scheduled show is ButeFest 2020 in July, so fingers crossed it still goes on.

But that doesn’t mean we’ve not got some stuff in the works. We’re going to do our best to keep folk as entertained as possible even if we can’t play shows. It’s kind of what the internet is there for I suppose, just search ‘ohnova band’ and you can find us.

It’ll either be brilliant and a laugh or terrible and you can laugh at us.

I don’t think that’s the case at all. Don’t get me wrong, there are a million bands I like that are older or have been going decades but that doesn’t make them automatically better. There are just as many fantastic bands right now. To anyone that says, ‘they don’t make it like that anymore’ or ‘rock is dead’, the truth is you just stopped paying attention.

I suppose the fact we have some merch that isn’t black is a bit unusual in this genre. Other than that, the most ‘out there’ thing we have are lighters with bottle openers attached for the alcoholic multi-tasker in your life.

We’re experimenting with some acoustic versions of our songs at the moment which I think could be really fun. I think doing a bluesy, soul-y, shuffle-y version of Heavy Smile would be cool.

Anyone who gives up their time to listen to a wee band from Glasgow they’ve never heard of is amazing to us. We’re so grateful to anyone who checks us out, never mind enjoys what we do.

Again, we’re a bit boring that way. No craziness, no broken bones…I once headbutted a microphone while headbanging, I guess, but the only thing injured was my pride.

Probably me, the amount of times I don’t read a sat nav properly and end up lost is ridiculous. I was 40 minutes late to the filming of the Nobody Move video because I went completely the wrong way…twice!

Paul: Monkeys, because we like a laugh, are hyper most of the time and aren’t above a bit of shit-slinging.