Canadian guitarist Nick Johnston is back with his new album Remarkably Human (released today, December 2). The exeptionally talented multi-instrumentalist combines classic prog, jazz, blues and many more styles to create a unique and stand-out sound. We challenged Nick to our A-Z questionnaire; A song that made you want to make music? Far Beyond the […] 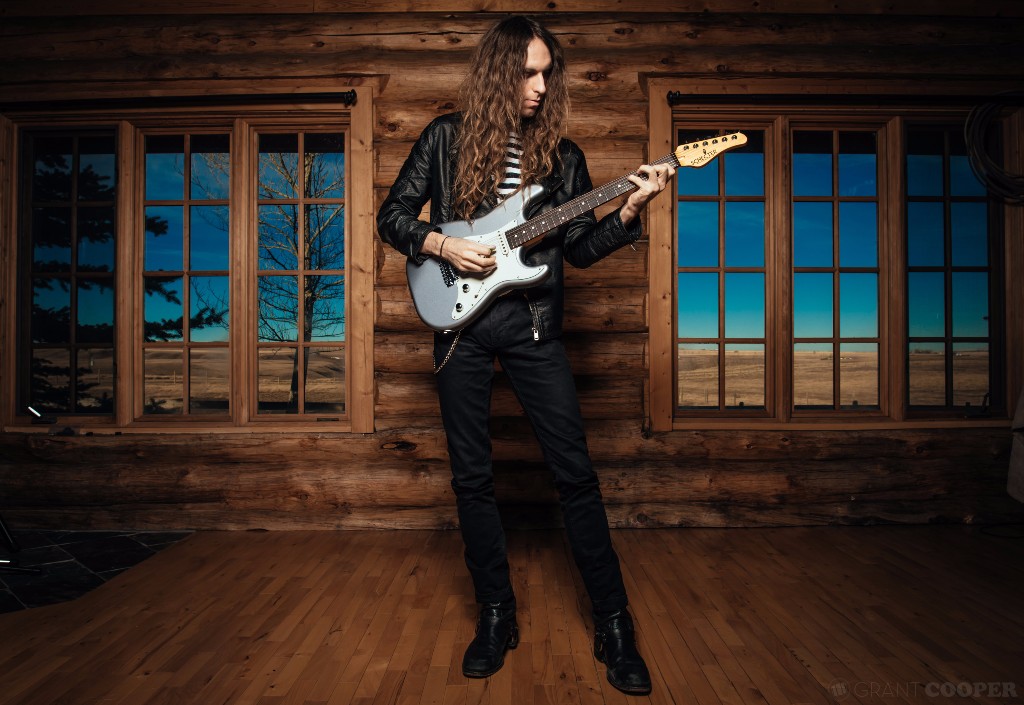 Canadian guitarist Nick Johnston is back with his new album Remarkably Human (released today, December 2). The exeptionally talented multi-instrumentalist combines classic prog, jazz, blues and many more styles to create a unique and stand-out sound. We challenged Nick to our A-Z questionnaire;

Far Beyond the Sun by Yngwie Malmsteen haha! That was one of them, anyway. I can’t pinpoint the exact track that made me want to start writing. I think it was just the idea of getting to create your own sounds and music that got me into that. The whole idea of doing that got me very excited from the get-go.


Best rider you’ve ever had?

I have a very specific diet, so whenever I see a ton of veggies, almonds, fruit and lots and lots of coffee, I’m a happy man. I don’t drink alcohol either, so I’m pretty chill with riders hah

A fist fight broke out at a show in China last month. A large chunk of the crowd went outside and had a huge brawl. It was insanity!


Deepest lyric one of your songs features?

I play instrumental music, so there aren’t any lyrics!


Favourite song in your set?

My mind immediately jumps to Jeff Beck. Having Jeff Beck play on a song I wrote would probably melt my brain.

The hardest things I’ve found usually fall more in the business realm. Logistics and budgeting for tour, dealing with Visa paperwork, meetings, promoting..etc. Basically, all of the stuff that keeps you from actually playing music ha!

The drummer I usually work with is mainly a country drummer. Working with someone who has a deep groove like that translates really well to playing instrumental guitar music. Holding a strong groove down like that is a lot harder than it looks!

Oh jeez, where to even begin! It usually ends with everyone taking shots at me anyways haha!


Key to writing a song?

Patience, I think. Because I’m writing instrumental music, I try to avoid putting any expectations on what kind of music I write as well. I try to just be as open as I can to different genres and styles. So I think patience and having an open mind are key.

I’m based out of Toronto, and I played a show in Manilla last month. I’ve played all over Europe and Asia. I’ll be heading to Australia in February, so that’ll take the lead.

Jeff Beck. The man brings me to tears.

A local band called ‘Baby Labour’. Really worth seeing live if you ever have the chance.


Opening for this band would be ideal?

Opeth! Oh man, that would be so fun.

Japan. I’ll be playing a couple shows there this February! Very excited about that.

Stay focused and stay positive! It’s so easy to get down on yourself and feel like you’re not getting anywhere with music or your guitar playing. Everything will come in time. If I can do it, so can you!


Reason for the title of your forthcoming release?

I went through some health issues this year, leaving me feeling “Remarkably Human”. That, and I also believe the guitar is capable of expresses every single human emotion and feeling. It’s a very human instrument. Remarkably human, even 😛

I’ll be on tour this winter with Animals As Leaders and Plini in Australia. I’ll also be in Asia playing with a couple bands. Not sure I can announce the specifics of that just yet 🙂

Honestly, I have no idea. I don’t think I’ve heard enough modern music to make an assessment. Only time will tell hah

Nothing out of the ordinary!

Variations you’d like to do with one of your songs?

Acoustic versions of some tracks would be really fun. That’s something I’ve been messing around with lately. I’d like to do some acoustic, piano, string arrangements of some of the material.


What do your fans mean to you?

I had some treatment for a bit of left hand tendinitis. It was rough! It was a pretty interesting process actually. A lot of it came down to breathing technique and posture.

Never been late for a show! I hope to never be haha

Zoo animal that bst describes the personality of your band?

Depends who’s in the band! I’m a solo instrumental artist, so the cast is always changing. But, I like bears. So I’m going to go with a bear.