We caught up with Never Found on The Last Sunrise Tour where they took part in our A-Z challenge. 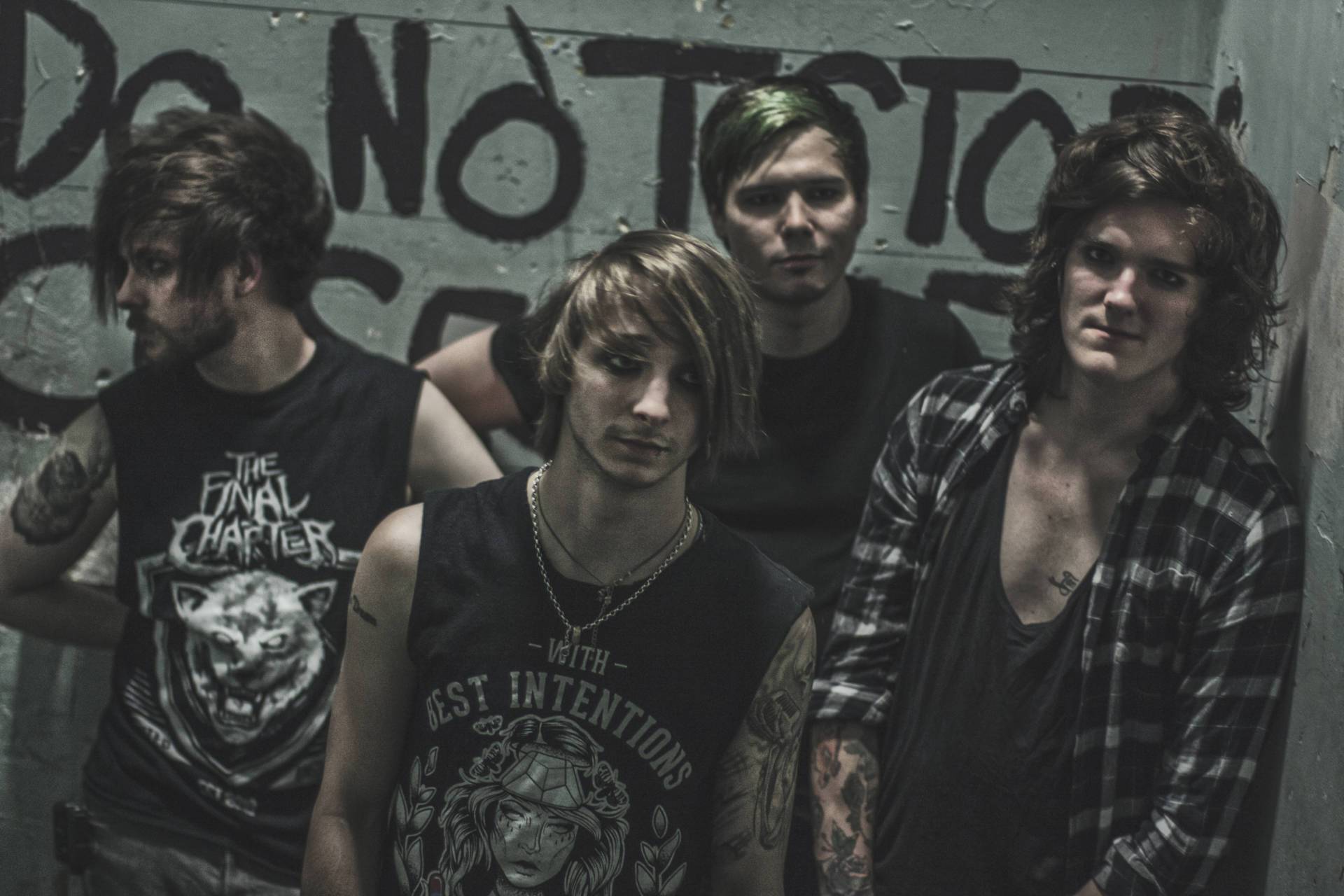 We caught up with Never Found on The Last Sunrise Tour where they took part in our A-Z challenge.

Dan – the song that got me into music originally was Jesus of Suburbia by Green Day. That was the song that got me interested in music and then I found other bands that kind of made me want to write certain types of music. So I guess it starts with that song.
James – November Rain
Sam– Hell Song by Sum41 for me
Kieran – Through the Fire and Flames by Dragonforce because that guy can fucking shred. He made me want to learn guitar

S – We had some water once. We don’t really get a rider.

K – (Looking to Dan) sharing a bed with you naked and pissed out of my mind.

S – The NERF gun in Sheffield. D – We had a NERF gun fight in Sheffield and Sweeten shot me in the eye three times. Oh my birthday was a good one! Those two (points to James and Kieran) started fighting on stage and I was like “here we go, typical. On stage. Aiden tour” so I was trying to break it up and all of Ashes came on and all of our crew. I thought they were coming on to separate the fight but they just stood in the corner and they were calling me and it turns out they had a birthday cake for me and they hit me in the face with it. It was a well good birthday.

D – There’s loads I really like, I quite like in Breakdown, the chorus is: “Welcome to a hell I like to call my life”. That’s one that’s really deep. “I like to poison myself for fun”.

D – They’re all meaningful because we don’t write to impress or anything, we write for us. Those are the ones I can think of right now. I’m sure Take Me Away has got a good one.

S – “If I never loved him, why would he love me?” D – Which is about religion not an ex-boyfriend

All – Take Me Away

All – My Grave and Misanthropy

D –  Take Me Away  because everyone gets into it. My Grave is a new song we haven’t released yet but we’re playing it on this tour and it’s probably all our favourites at the moment and Misanthropy‘s a really good one.

D – Will (Francis) would be cool to have on it. Bullet for my Valentine is my favourite band so them. Chris Motionless would be sick.

All – these guys (laughs)

K – Money. D -Money because it’s not as cheap as everyone thinks it is and it’s not easy to make money from music anymore. Getting noticed ‘cause it’s so easy to put out your music now. Everyone can hear it but not very many people listen to it. J – It’s a very oversaturated market so trying to stand out from everyone

S -I feel like we’d be saying nasty things about each other then. Every time we go to sleep, sometimes Dan and I share a bed and he always ends up cuddling me. D– I can’t help but cuddle people. I don’t know why. I have a pillow that I can’t sleep without and everyone else hates it but I love it. K – He just holds people in his sleep. Cause it’s like 10 years old and its rank. It literally looks like it’s never been washed. D – If I washed it, it would lose all the sustenance. Probably my cuddling problem but that’s still not interesting. Are we boring people?

D – Little Jimmy is Sweeten now, it used to be just a made up character we just pick on for no reason but now its Sweeten. J – Basically this guy went to a birthday party and everyone bullied him and now he’s a big, fat bald guy with a dog collar and he has been through hell. S – This isn’t a real person. J – Yeah this is a made up guy who’s life went downhill at the age of six. S – We have loads more but loads of them are really bad.

D – “I love Dan from Never Found” is one that’s going around at the moment. Everyone just keeps shouting that out. But Little Jimmy is probably the best one.

D – Yeah determination and don’t write it to impress cause at the end of the day there’s always gonna be people who hate your music. So do it for you, don’t do it for other people. If it means something to you, you can play it live better too cause you’re not just singing a song, you’re in the song. So let it mean something.

D – That was five hours and that was when we weren’t even in Wales at the time, we were kinda close to it.

S – It was so worth it though. Glasgow was sick.

J – Bassist from 2 Sick Monkeys. It was this two-piece punk band and it was just bass and drums and the frontman was the bassist and he slayed that bass. He was doing fucking solos, tearing it up. It was amazing.

D – I know it’s a really typical thing to say on this tour but Aiden and Ashestoangels are a good one, cause Crilly, no matter how big the crowd is, he gets them going and he’s jumping in there. Aiden have always been one of my favourite bands and they were the first band where I walked out of a venue and thought ‘that’s what I want to do with my life’. So I know it’s a really typical answer for this tour but those guys, every time I watch them, I’m like ‘right1 We’ve got to step up our game!’

S– Shameless plug! Mine was just some guy in my college class, Jack, to be honest. We had two guys in there and one of them was an absolute ripper and you think ‘oh that’s good’ but this guy could bend the strings and you’d be like ‘wow! You got me’ so probably him really. That’s a man that can mean it.

K – Bring Me The Horizon, Thy Art Is Murder

D – It’s better to fart on the bog than it is shit in your pants.

J – (Sorrow & Cyanide) It’s one of the lyrics from Take Me Away, which was our first single and sorrow and cyanide is just one of the lyrics that stuck out to us and we thought it would make a cool title for an EP.

S – And Hobos in Bridgend on the 26th February.

D – Those are the only two confirmed but we’ve got big things coming out after that.

D – I like new music but yeah it was easier to actually get noticed. You actually had to have some form of talent to get noticed, whereas people now can do so many different things.

S – There was a time when you didn’t have to buy your way into it.

K – It just sounded better. Fuck the business side of it, just music was better ten years ago than it is now.

J – I think the problem now is that bands in a way, rather than being able to make money from music, for the most part, they’re clothing labels with glorified theme tunes. I think merch is the main way to make money now.

D – I think the fact that you have to make money through ticket sales and merch now shows that its not as strong as it was.

K – So yeah we do agree with the fact that music was better in the old days.

D – We’ve got Satana! Our little possessed doll that looks after our merchandise.

D – We had a reggae version of Just Like Hollywood. It was well good!

K – We wouldn’t be Never Found without them

J – In a way we would be Never Found without them! (James is an early contender for pun of the year!)

S – We wouldn’t have left the bedroom without them.

D – They’re everything to us, we wouldn’t be where we are without them. We can’t express how much we love them.

X-Ray’s or any other treatments needed for band related injuries?

D – I had to have an operation on my throat

S – Nothing about band injuries but my dignity is smashed.

J – I pretty much fractured my tailbone falling off stage once

D – He’s been late at our hotels every day on this tour! Every time we’ve had a hotel he’s been late.

D – Panda’s because they’re cute as fuck and nearly extinct and they have black around their eyes!

S – Plus they’ll rip you apart.