Moriaty are a blues duo with a difference. Unconfined by the two piece phenomenon, Moriaty have been known to flirt with other musicians including rappers, singers, bass players and string sections. We had a chat with them and found out…lots! 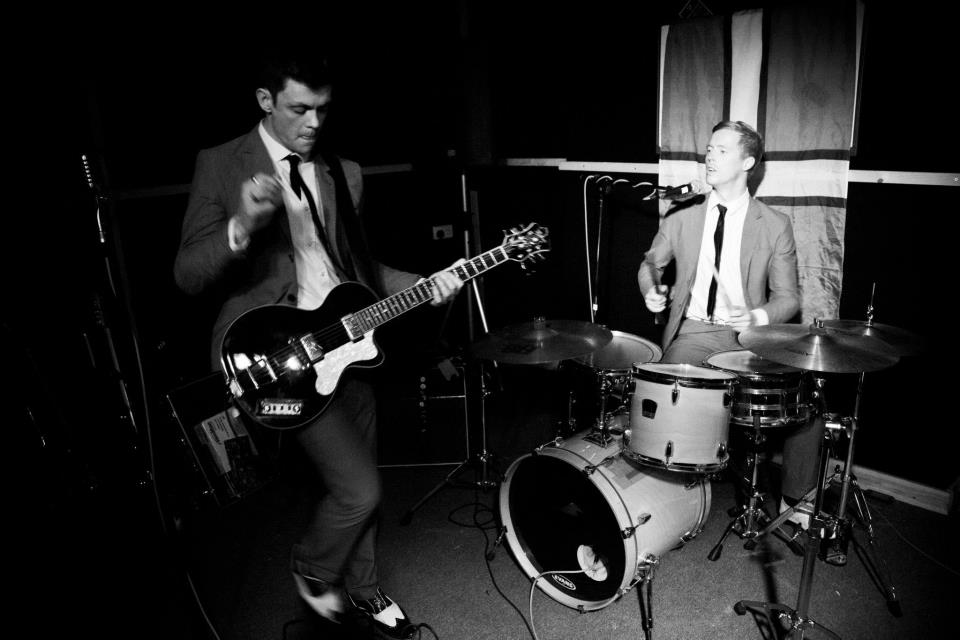 Moriaty are a blues duo with a difference. Unconfined by the two piece phenomenon, Moriaty have been known to flirt with other musicians including rappers, singers, bass players and string sections. 2015 promises to bring a wide variety of new music, including a hip hop merger and a breathtaking guest appearance on their new track, Bones, due for release on 26th January 2014. Their influences include Jimi Hendrix and The White Stripes. We were lucky enough to have a chat with them,  read it below:

Hello Moriaty, for someone unfamiliar to your sound, how would you describe it?

How did you come up with the name for the band?

We spent pretty much a whole summer jamming and watching Sherlock Holmes, we thought the character Moriarty was shady and dangerous. We liked that.

After playing sold out shows in your hometown and the capital added to the fact you were hand picked for BBC Introducing, you must be overwhelmed with how 2014 went for you?

We could not be happier! It’s great to be involved with the BBC and it’s been great to play sold out shows, its what you do it all for.

Your new track “Bones” is released on the 26th January, tell us everything we need to know about it?

It’s a brand new track, not before heard on any other release we’ve put out.  The song itself is a different direction from “The Devils Child” and We’re excited for people to hear that.

What are your influences as a band?

We both listen to a range of stuff from 1920s blues to early Black keys. We invite in any influence.
Stuff like Sabbath and The Pharcyde/ Dre/ Snoop have a good bearing on the tunes we make.

What is your most favourite gig you’ve ever played?

I would have to say our album launch, to fill the white rabbit with people loving the band was really special, but the secret cinema event last summer in London was epic. Basically being in Back to the Future was a childhood dream cometrue.

Lastly, what artists are you listening to currently?

I’m currently listening to D’Angelo’s new album “Black Messiah” and a bit of Ariel Pink  ‘s album “Pom Pom”.
I (Jordan) on the other hand, don’t listen to shit like that.  I’m into more Mc Hammer stuff.