Mitch Emery is the type of Singer/Songwriter for those who don’t usually like Singer/Songwriters, this is a guy who looks like that guy from that band you can’t remember the name of but, remember really liking. IF you take Green Day, My Chemical Romance and Fall Out Boy, blend with Damien Rice and Glen Hansard, garnish with a sprinkling of Hip-Hop and a healthy dollop of lively stage persona. You now have yourself a Mitch Emery. 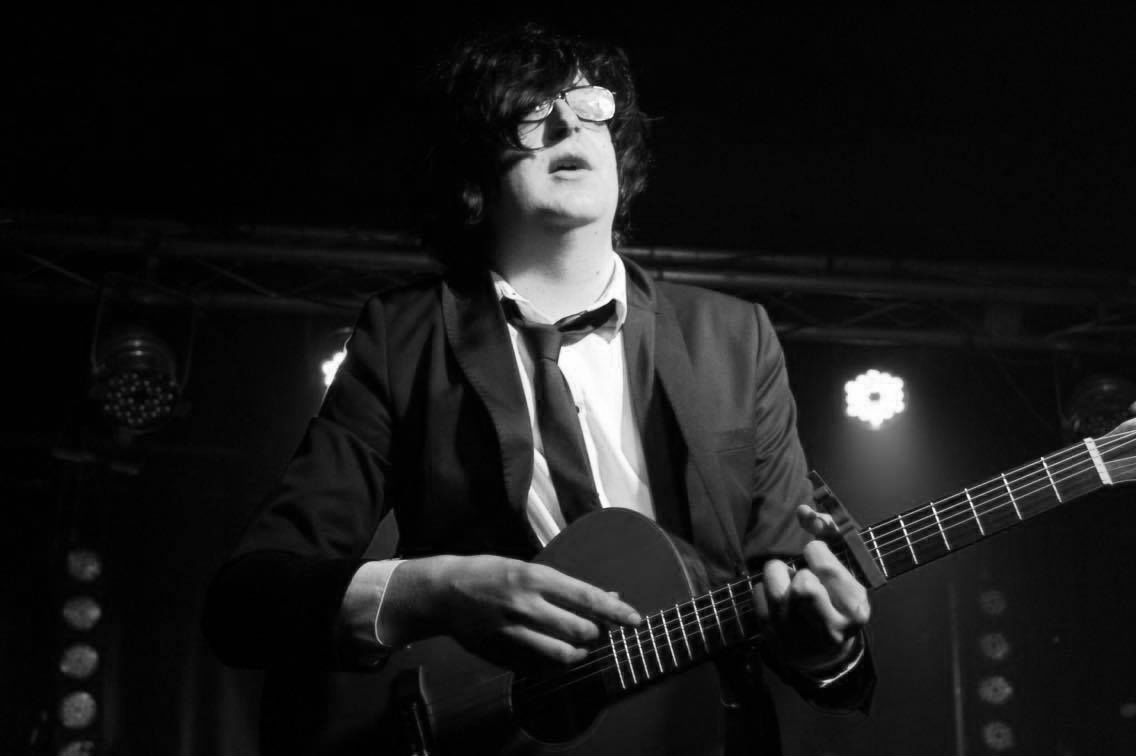 Mitch Emery is the type of Singer/Songwriter for those who don’t usually like Singer/Songwriters, this is a guy who looks like that guy from that band you can’t remember the name of but, remember really liking. IF you take Green Day, My Chemical Romance and Fall Out Boy, blend with Damien Rice and Glen Hansard, garnish with a sprinkling of Hip-Hop and a healthy dollop of lively stage persona. You now have yourself a Mitch Emery.

Twisted Circus last Halloween supplied enough pizza to feed a whole herd of hungry whales and enough beer to drown the whales afterwards. That was one fine rider!

Well, I’m a solo artist in a scene full of bands, so I’ve had a fair few crazy moments. I think having a crowd of people stage-diving and starting up mosh pits whilst I slam away on an acoustic guitar is always fun. I’ve had a couple of wall of deaths too. You’d be surprised how much carnage one man and a guitar can cause, hahaha.

It’s a tune I don’t play very often any more. It’s called ‘Dancing Along The Sunset‘ and I literally wrote it when I was 17’ish so my Mum would stop nagging me to write a happy song.

That’s such a hard one to pick… There’s so many songs I love to play. I genuinely couldn’t pick any one song out.

I’d have to pick a top 5 consisting of Billie Joe Armstrong, Damien Rice, Shane from FVK (his guitar work is just amazing), Beck and the guy from the singing bloke from the Go-Compare advert.

The not having a band bit is the hardest thing about being in a band. It’s hard to have band hardships without a band. As a soloist, particularly on the rock/alternative scene, you have to work super hard to make a noise and put on a show as big as any band. I’ve been classed as part of the New Grave scene a fair few times, which means the sound and show I put on as a one man act has to be as big and powerful as I can make it.

I have actually been hospitalised on three separate occasions for eating stress balls you’re meant to squeeze.

Once more, I have no band, so have nobody to share jokes with. I’d have to say the jokes I have are between myself and an audience. I’m known for tearing hecklers apart somewhat brutally.

Always write at night and make sure everything you write has a meaning to you. That way, when you play it, the passion and emotion you wrote it with will come back.

I’d say a couple of hundred miles so far. I’m from Kent, but I’m playing Swansea later this month (on a tour with Never Found, Solace In Nightmares and Everyday Sidekicks), which will be my furthest to date. I have plans to play Scotland and such later this year though, so that will be a long old trip.

I won’t talk about the big artists who inspired me, as I’d be here all day! From artists I’ve seen and worked with though, FVK have got to be up there, those guys work stupidly hard. Creeper are much the same. There’s also another singer/songwriter I know called Oz Thornton and every time I watch him, he’s absolutely amazing! He very rarely plays shows, which is such a shame, but I don’t think I’ve seen him be anything less than brilliant. He needs to do more shows!

Pretty Addicted, The Acid Ballet, Solace In Nightmares, Never Found, Coloured In and Girl + Uke, who is super new to the scene, but I guarantee will go on to do amazing things.

Anywhere I can find people who want to have fun and here my music. I’ll play your living room if you ask nicely enough!

I’ve been planning and working on a new record since 2015, but have recently decided that rather than a one EP, I’m going to do a consistent series of covers and original songs on YouTube, with all my own songs being made into free downloads. Maybe I’ll plan a full EP or album release in the future, but for now, I just want the music to be out there for people to hear and TouTube seems to be the best way to do that.

Keep an eye on www.facebook.com/mitchemerymusic for all live show dates, although this year I can be found at Swansea, Milton Keynes and Dudley. I might also be doing the test run for my first online gig too, which will be fun!

Absolutely not. The amount of music on offer and the ease of finding it is incredible. The internet is a great place for bringing lovers of music together the whole wold over. The internet has helped me a lot with people learning about my music!

At pretty much any show not local to me, I bring out cakes that I give away for free. People seem to like cake.

That’s a tough one, as I try not to restrict myself in how I play live. I’ve changed the ways songs are played as I’m playing them a lot. It’s all about what you feel in that moment when there’s nothing between you and those watching other than your song.

I find the word ‘fan’ an incredibly hard one to think of. I’d say that any person who makes the effort to listen to my music, share it to others, support me and come to shows is my friend, not my fan. Those who support me mean the world to me though and particularly in the last year, the amounts of those people has built up. I could not do this without them and for that I am forever grateful. Regardless of how good you or your songs may be, if nobody is listening, it’s all for nothing.

I’ve needed plasters for bleeding fingers a lot, as I play very hard at times. Apart from that, nothing major yet.

I’m going to blame public transport systems. Those bastards never run as they should!

I am a zoo animal. There you go, there’s a little secret for you.