Hi Gareth here, during Miss Vincent’s tour with Fearless Vampire Killers and VUKOVI, I caught up with Alex Marshall and Owain Mainwaring in Edinburgh. Check out what they had to say… 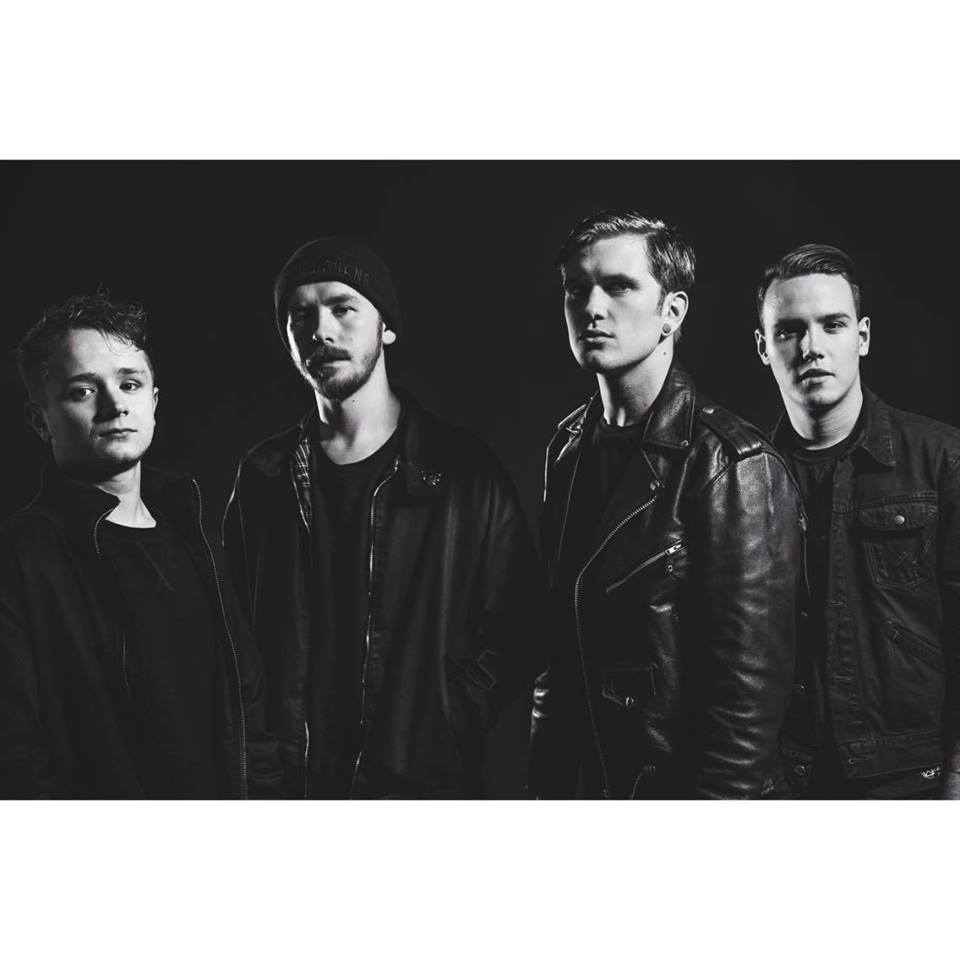 Hi Gareth here, during Miss Vincent‘s tour with Fearless Vampire Killers and VUKOVI, I caught up with Alex Marshall and Owain Mainwaring in Edinburgh. Check out what they had to say below…

So Guys how is the tour going so far?

Owain: The shows have been amazing, the bits in between not so much.

Alex: The travelling we have had a bit of pain with. So yeah. Yesterday Our van broke. Literally we were at the side of the road on the motor way with the RAC. Luckily he saved us and fitted a new part. Today it’s a different problem. We can’t get it fixed till 8 am tomorrow. But, we have been loving the shows…they have been fantastic!

So what can we expect from you guys tonight?

Owain: Copious amounts of sweat, lots of energy and we are going to have a party!

Alex: And some songs.

That would be nice!

Alex: Yeah, that would be nice. We will definitely try some songs.

Is there a song in your set list that you guys are really excited to play? One that you get to and are like: “Yes, it’s this one!”

Owain: I get excited about the new song.

Alex: We are playing one new song on this tour and we are super stoked about that one. And also the last song we play in our set, which is probably my favourite. I don’t really have favourites but, if I had to choose one it would be that one.

Owain: I am never happy to play the last song.

Owain: BECAUSE IT’S THE LAST SONG! It means we have to finish!

Alex: Yeah but, I like to finish on that song. We are not going to tell you what song it is though. You are going to have to wait and see!

Being that you guys are from Southampton, does it always make you feel good that you can come and tour places as far away as Edinburgh?

Owain: Especially being as far north as up here and getting the reception that we do. In Newcastle and Glasgow a couple of years ago we had people waiting outside wearing our t-shirts which is brilliant to see.

Alex: But we haven’t been here before you know…

You’ve never been to Edinburgh?

Alex: No, we have never played Edinburgh. We have played in Glasgow and that was eye-openingly mental. So if tonight is half as good as that then we are going to be very happy.

Back in December you released a charity single. “Lonely This Christmas.” How did you guys get involved in that?

Alex: Well this is a great story. We did that on a sort of whim. So basically we had this tour booked and then for various reasons that I won’t go into, it fell though. And we were like “Aw man, we don’t have anything to do at the end of the year now.” Ending with a few days with nothing to do. So we were like “Maybe we should record a cover?” So we were going to do an Alkaline Trio cover because, well they are amazing.

Owain: But we were thinking it sounded too similar to us. We have taken a lot of influence from them anyway and we were thinking as it was coming up to Christmas, and I am not sure who threw out the idea. But it was like “Why not do a Christmas Song?” And I kind of went “Fuck Yeah! lets do it.”

Owain: From me it wasn’t.

Alex:Yeah from you. But, Lawrie it was “NAH.” And then half and hour later it was “Maybe?”

Owain: Well you had sat down and hashed out a tiny little demo. To just get an idea of what it could have sounded like. You had obviously transposed it to a cooler sounding key. And from there we were “Yeah, we have to do this.” We then booked it in.

Alex: And the charity (Phyllis Tuckwell Hospice) is based really close to me. I did stuff (fund raising) for them growing up. They do ridiculously good work locally (to me) so I knew the money was going to a good place. It was really good fun to do and it is helping out a good cause.

Owain: I had so much fun making that. We like did it in one day. We locked ourselves in for twelve/thirteen hours and just stayed there until it was done.

Back in 2015 you dropped the EP “Reasons Not To Sleep”. How was that received by your fans and the press?

Owain: I think people liked it a lot more that the first EP ‘Creepy‘. Because we found ourselves more on “Reasons Not To Sleep“. We kind of pin pointed the path we were going to go down.

Alex: We spent a lot more time actually writing the songs and working on them.

Owain: …And arguing about them!

Alex: Mostly arguing about them. Basically with your first EP you record what songs you have. So from that point onwards we were able to carve out a sound for ourselves. One that fitted us. But the reaction to the EP was incredible, we were blown away by it. We can’t wait to get another one out now.

The EP itself is a “little bit” self deprecating. Are you guys ok?

Owain: Everyone has got issues.

Alex: Yeah, everyone has got issues. And when I was writing it, I have always pussy-footed around issues and things that happened in the past. And I was like I don’t feel I am communicating things very well. So for this one I thought I would write things as they appeared in my head, rather than in some weird lyrical pros that I spent hours on. It’s more raw. Yes there is a lot of self deprecation on the EP but, it’s not in a negative way most of the time. It is essentially the contents of my head  in an EP, Lyrically. There are always going to be glimmers of hope and that is the important part.

So you mention there that you are looking forward to recording another EP. Is that the plan for 2016?

Owain: Well I hope it is. For me it is the plan. We have spent a lot of time over the last couple of months working on new stuff, hashing things out and trying to flesh out ideas that we have had. We aren’t in any particular, well I don’t want to say rush but, rush. We want to get things out obviously as soon as possible. But, we don’t want to rush anything. When you rush you tend to slip up and it’s not going to be as good as you hoped.

Alex: We don’t want to over release music. With our first EP it was, well our first EP. It was always going to be what you have lying around song wise. The second one was funding ourselves a little bit. This one (third EP) is really going to be us in a nut shell. We have demoed a whole bunch of songs. One session took us to five in the morning. Which we felt terrible about as we had only booked in for the evening which is eight till midnight. We came out of the studio and it was getting light. Which was crazy. But to actually answer your question, 2016 is going to be: Recording and hopefully more touring.

I like to end the interview with a few either or questions. So, which of these do you prefer: Mosh pits, circle pits, crowd surfing or wall of death?

Alex: To do? Or to see being done from the stage?

Alex: I am going to go with wall of death. Although, I don’t do it any more, I am retired.

Owain: The last time I was involved in any kind or mosh or wall of death I was at at an Every Time I Die gig years ago. I got hurt real bad. So I stay away now. But, crowd surfing I love!

Alex: I am going to go with wall of death. but, from the stage: any of the above.

Owain: Yeah, but we have a great drummer…

Alex: But we have a great guitarist as well.

Alex: (laughing) Yeah one. I wasn’t talking about me. I can’t play for shit.

And last but not least: Family Guy or Simpsons?

Alex: How long have you got. When are we on stage?

Owain: That like when your parents ask you who do you want to live with after they split up. Do you know want I mean.

Alex: That is a brutal question.

Owain: I am going to have to go with both or none. I can’t pick one or the other.  ARRRRRRGHHHH. Simpsons!