London-based five-piece alternative progressive metallers Maxdmyz take on the A-Z Questionnaire Challenge! If you think Glen Danzig meets Amon Amarth, you are half way to getting what the brilliant Maxdmyz are like! 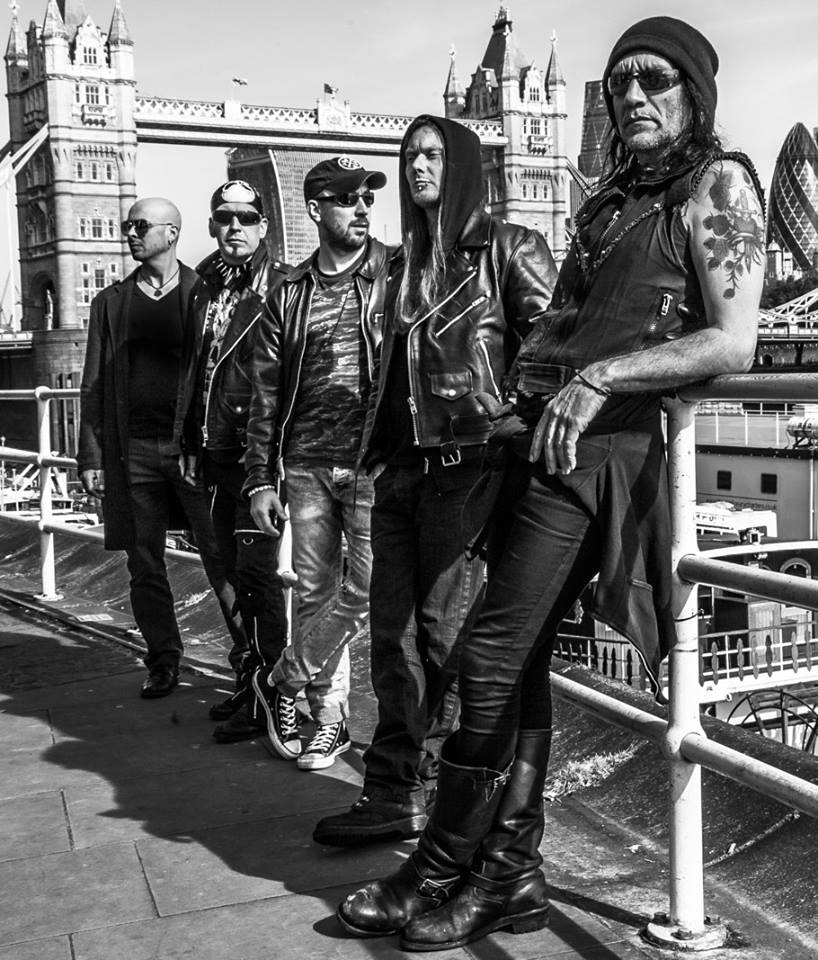 London-based five-piece alternative progressive metallers Maxdmyz take on the A-Z Questionnaire Challenge! If you think Glen Danzig meets Amon Amarth, you are half way to getting what the brilliant Maxdmyz are like!

Two fat hamsters and a bag of grapes

When a former band member announced he was just popping to the cash machine moments before a sound check – we didn’t see him again for three weeks.

Although I’ve also been told you can drown in six inches of water – so I guess it doesn’t have to be that deep.

Grieve – it’s full of love and hate – writing it was like falling off a cliff face – I couldn’t help it.

At the moment probably Reason to Live – it’s was the first song we wrote when Roger joined the band – and it’ll be featuring on our next EP out later this year – it contains so many elements of what makes the band what it is – a little bit of death on the drums and vocals, melody, classic rock, sublime bass playing, heavy riffs, some great hooks on the keys – it’s kind of the whole package.

Peter Steele out of Type O or the Sybill or the late chancellor Stafford Cripps or Torquemada – but they’re all mythical or dead – so I don’t know – let me think about it. Ah, ok – Amy Lee out of Evanescence – I’d love to hear what she could do on some of our songs.

Nah – it’s all easy. Seriously, though, it’s mainly having the time and money to make it work. There are so many competing demands on people – relationships, earning a living or whatever. I guess we’re all getting better at dealing with the pressures – and tress is good, just not too much stress.

Our drummer’s uncle played on Whiter Shade of Pale – it’s the most played record in the history of radio – at least that’s what Jay says.

I guess you don’t mean G or C, although in this band it tends to be – that’s drop tuning for you. Yeh, so, the main thing is to focus on the listener – never lose sight of the fact, while you’re writing, that someone is going eventually to have to listen to your music. Always try to put yourself in their shoes.

New York – it was a while ago – it was an unforgettable gig – I threw a TV at a transvestite, our then-bassist knocking out a fire performer called Flambeau with her guitar stock because he singed her hair – and our then-keyboardist did a fair amount of damage with his chainsaw.

I’d love to be obscure or clever here and say Mahavishnu John McLaughlin, Jacqueline Dupre or Dimebag – but no, in a tremendous display of originality. I’ll have to go for Jimi Hendrix.

You know, nothing has grabbed me particularly in recent times – although I know Jay likes Famine, who I think are pretty new and playing Bloodstock this year.

Anthrax maybe? Or Linkin Park. I don’t know about ideal – but we might kind of fit the bill.

Brazil or India or Cbina – the BRIC countries are now where it’s at if you want to play to especially huge enthusiastic and hungry crowds.

Make a friend of darkness before it makes an enemy of you.

The working title is Alchemical Metal – it’s the interaction between a given set of musicians – part science, part magic – that can turn gold into base metal, or should that be base metal into gold.

The Lounge in Archway on 26 August for Synthetic Culture, or the Dublin Castle, Camden on 2 October at the Red Rock Festival.

Depends what you mean by better – there was less stuff around and everything was newer and fresher and less available – so more precious in a way. But in terms of quality and creativity – in many ways things are much better now.

Sorry to disappoint – T-shirts are as far as we’ve gone down that road – no G-strings, key fobs or mouse mats – ah!

A’Zedd, left to his own devices – I think he’d probably go for a bossa nova jazz version of Grieve – Girl from Ipanema is his favourite ever song after all.

I’m glad and grateful that people connect with the music – it means the world to us!

A’Zedd broke his hands recently – lots of X-rays and stuff – let’s hope he gets back to playing asap when the bandages come off in a couple of weeks.

Naked molerat – they’re this incredible furless rodent with translucent skin – although they die eventually, they’re cancer-resistant, never get ill and barely age. And, yes, they do keep them in zoos.

Maxdmyz can be found here: