It’s been a whole nine years since Madina Lake blessed our ears with new music. We’ve waited patiently since their 2017 reunion and now here they are with a new EP released on Friday, ready for our ears to be delighted and our emo hearts to bleed once more. We got bassist Matthew Leone on Zoom and he talks the new EP, doing things their own way and committing the ultimate sin in never seeing Harry Potter…. 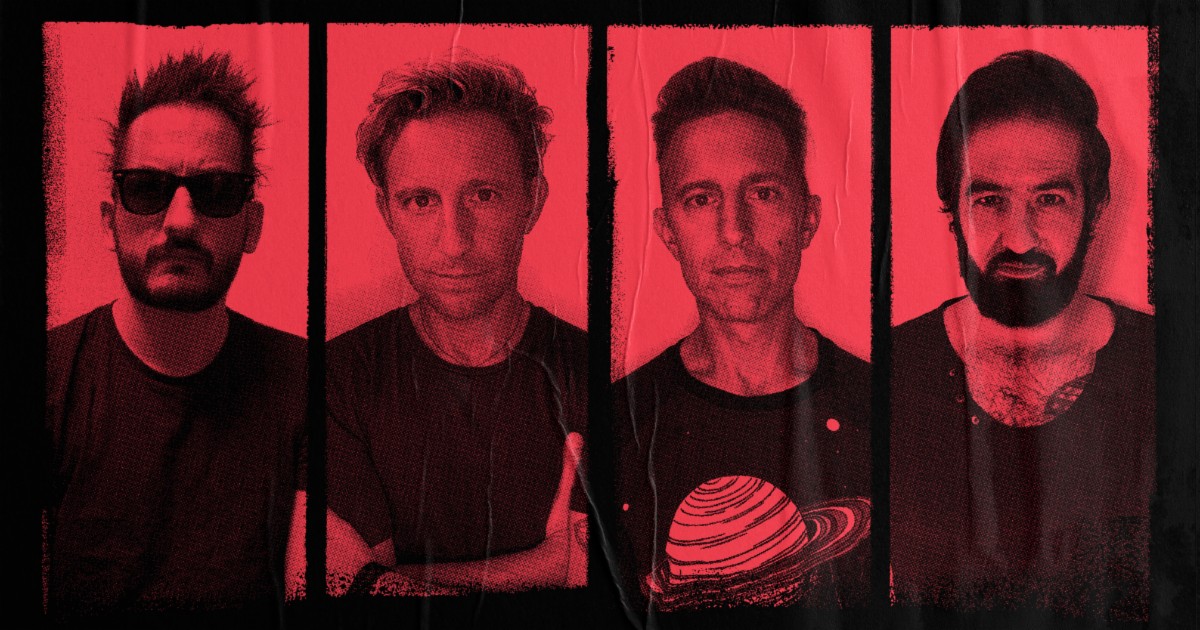 So Matthew, we’ve got the Beginning of New Endings released next Friday, are you looking forward to it being out?

Yeah, man, I love it. Um, obviously this has been a weird time and in the world globally zeitgeists is a little low and we thought, you know, what, what better time to reconnect with all of our homies, um, you know, and deliver on the promise that we made. It’s like the, there will never be the last time that you see us. Yeah. Um, Nathan sort of shaped it as, the reason it’s called the Beginning of New Endings it’s because we feel like when we stopped, it wasn’t on our terms, you know, like we did it because of extraneous circumstances, you know, being, um, I was having a hard time with the full recovery from my injury and then several extraneous circumstances. This is on our own terms. We can do it properly.

Which is good. And how have you found the reaction so far from all the, from the fans? Because obviously it’s been, what has it been like nine years since you actually last put music out?

Yeah, nine years? I can’t even believe it because, well, we’ve been, the band has been connected the core of the band, you know, it’s been connected throughout that whole thing. Me, Nathan and Mateo were writing together in LA, and then, you know, we scattered into three different countries, really. I was living in the UK, and Nathan was in Los Angeles and Mateo went back to Columbia and we started writing new songs and we started getting really excited about them because we have a high internal threshold of standard that, you know, anything that we release has to, pass our Holy shit, test. Pardon my French. And, I started doing that. And so we got, got really excited. And then when we put it out, when you’re in a band, the one thing you will not, you can never know or understand is how you’re perceived. Like how other people regard you, you know, like what size band you are or anything like that. I thought maybe we would get like 104 likes to be specific. You know, and just like, I don’t know. I had no idea that we would get 170,000 plays like in a week or a month or something like that. And it was really wonderful.

You need to have higher standards.

Yeah. We need to get our hopes up definitely

What was the inspiration for the EP? Like, does the EP follow a theme or is it just a collection of five independent songs?

It does follow a game. You know how we do it.

I didn’t think you were going to change the habit of a lifetime.

So this one deals with the seven deadly sins and the first, the trilogy, the first three records you know, is the whole picture. So you know, it’s not really connected to them, in  a literal short answer.

With Tiny Weapons, you haven’t released it yet,  but I kind of wanted to ask where did the idea come from to have fans  sing along for the video?

I thought of it, the song is it’s like the most self-indulgent like it’s ever been. And it’s the subject matter of the song is it’s about our community. You  know, we call them the river people. Those are the ones that when you come, when you all align in penetrable force, frame of mind, you create something special.

Yeah. We love everyone  who has known us, you know, our audience and our community. We’re like one big dysfunctional family, I love it.

That’s great. And so all of the tracks on the EP, which one do you think is the stand-out?

Which is the standout? Heart of Gold is. It’s a bummer because it’s my favourite song, one of my favourite songs I love, I love that song. So I guess that again, that would be the short answer. And it’s the one that, due to our dysfunctional methodology of, band business, managing our band business, it was not a single that was like, you know, sent to Spotify and all that. Cause you know, we had the big Spotify channels play all of our singles so far. I was hoping though that we went with that one, cause that would have been great, I liked that song. It has a lot of those Holy shit moments, you know, it just fills a lot of tension and then delivers in the chorus..

Yeah. it’s a really good one.

Thank you. It means a lot.

When you first came back and you did Slam Dunk and a mini UK tour, you kind of said that you might come back for like a week a year. But now we have the EP. Does it mean that Madina Lake are back for good?

Yes. The one component that we don’t know about is how much touring that we’re going to be able to do, but we’re back. We already have another EP almost in the can. So we’re going to be releasing a lot of music.

Nice! When I saw the news about the EP,, I hoped this meant that we’re actually going to see a lot more of you, but obviously I understand touring is going to be difficult , especially with the little ones.

Yeah, exactly. That’s hard. But we did just announce today that we’re doing those three live streams, so that’ll be good. Yeah. 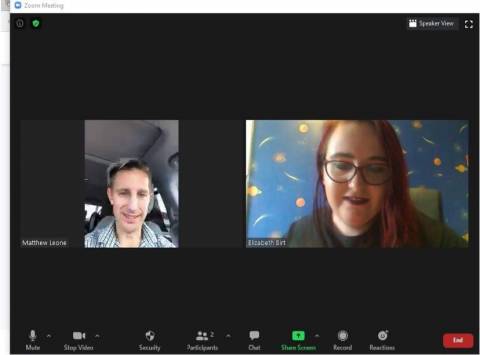 Yeah. I did see that. where did the idea for the three come from? Because obviously each one is different as well. So did that kind of just make you decide you wanted to do the three to be able to give like the new EP, fan favourites and your own personal favourites?

Yeah. We, you know, so Benji from Good Charlotte, he’s a friend of ours and he reached out to me because he launched the veeps.com, which is the ticketing platform,  it’s a brilliant platform. Kevin Lyman’s daughter, Sierra, Kevin Lyman from Warped Tour. She works for them and she’s brilliant. And there’s a venue in Los Angeles called social sanctuary and we’re gonna actually fly out there to do it because of their production and their LED screens. Um, cause we want to make it a really great experience for everybody. So, you know, we’re putting a lot into it and I just thought if, you know, while we’re in this lockdown, if there’s not going to be any sort of touring, I mean, how everyone in the world could watch one set? So I decided to give, the river peeps an opportunity to, you know, pick the set list that they want. And then for us to play the obscure songs that we don’t conventionally play.
(Here are the dates:

As well as the live streams, there is a UK and USA tour planned alongside a UK festival. Is there anything you can kind of sneakily giveaway or is it completely hush hush at the moment?

Oh, the festival. Yeah.  So our agent, we’re not, we’re not allowed to disclose that, you know, just until it’s signed, sealed and delivered. But yeah, the plan is to do the festival and then to come home for one month and then fly back and do a headliner, nice busy period.

We can’t wait. We like to end with some  fun questions. What’s your favourite city you’ve played in.

I’m gonna say Manchester. I’m sorry. That’s not a slight on anybody else, but my wife is from there and I’ve been living there so, you know yeah. .

I have been to some gigs in Manchester and it is a very good place to go so I can see why you’re excited as well.

Good, good. Always love the crowds and you know, that’s what fans love when people are into it, you know? Yeah, definitely.

You’re going to hate this. I don’t, I don’t know. I’ve never seen the movie. Isn’t that awful? I know my, my niece, she’s like obsessed with it. She’s she’s flown over to Scotland. I believe where they filmed in Edinburgh maybe.

Yeah, Diagon Alley was filmed there.

She’s been there three times. I mean, she could tell you everything and I just know Harry, so I’ll go with Harry. Cause it’s in the name.

So if you were a Disney princess for a day. Who would you be?

Um, Elsa. Oh wait. My wife tells me, I look like that snowman.

You mean Olaf? Technically he’s not a  princess.

Oh right. Is Elsa is princess?. Oh God. I can’t believe I got that.

Would you rather be able to write music but not play it or play music, but not write it?

Whoa. Write music but not play it. Well, no, that’s just me. That’s like posterity for chorus. I would rather write it. That’s a hard one. What a question? Jesus. It is a hard one.

Is there anything else you’d want to add?

Yeah. We’re all happy for you to be back. I can tell you that much.

Oh, that’s great news. Thank you so much for the time. I appreciate it. Thank you as well. You got it. Have a wonderful weekend. Bye.