Lucid Fly are breathing some life into prog rock by combining it with alternative and dark rock, creating a blend of interesting and creative tracks. Debut album Building Castles in Air was released on November 11. We asked frontwoman Nikki Layne to take on our A-Z challenge. 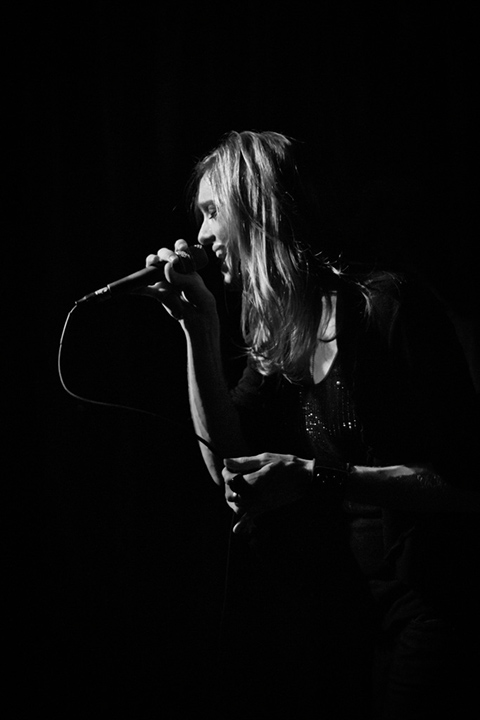 Lucid Fly are breathing some life into prog rock by combining it with alternative and dark rock, creating a blend of interesting and creative tracks. Debut album Building Castles in Air was released on November 11. We asked frontwoman Nikki Layne to take on our A-Z challenge.

Well, how about an entire album…Aenima by Tool. When I first heard those songs, they blew my mind!

We haven’t had a notable rider yet but we had some real nice treatment on the PNAS cruise. It was very cool to hang in the artist-only dining area alongside some of our idols.

We were touring the Midwest in the winter of 2004 – we were driving through North Carolina (on the way home to Florida at the time) and we hit some black ice on the interstate in a van that we rented and we hit a semi-track and slid off into the median. Everyone was fine (including our gear) but the van was totalled and there were so many other accidents on the freeway that the tow truck driver dropped us off at a gas station and left us to fend for ourselves! Luckily, we had a friend whose family lived at that exact exit and they picked us up and took us in for 3 days until we got everything sorted!

Ribbons – “Wrapped in bandages protecting myself from the outside, cutting one by one…ribbons…in a ceremony for myself”

Mascot – we wrote it after we got back from a cruise in 2014 and it all just fell into place.

Come on that’s too hard… always the newest one! But depending on the mood:

Waiting or Paperthin or Ribbons.

I would love to feature any (or all!) of these singers: Maynard James Keenan, Daniel Tompkins, Ian Kenny, Kim Benzie, Imogen Heap or Nina Ramsby. Too tough to pick just one!

We like to do character voices, and Aaron does a great…Herbert from Family Guy lol.

Writing songs is automatic, but FINISHING them is the trick. I think the best way to stop writing a song is to record it in the studio, but even then there’s always one… more… idea….!

We played the Progressive Nation at Sea Cruise in the Bahamas in 2014.

Maynard James Keenan. He’s got an amazing voice. He’s super creative, all his bands have been extremely successful, and he’s a winemaker. What can’t this guy do?!

The African proverb that quoted during our crowdfunding campaign to complete our cd – “If you want to go fast go alone, if you want to go far go together” or the American version “Teamwork makes the dream work” :p

The title comes from a lyric in our single “Visions of Grandeur” – it’s all about dreaming big!

Very soon in and around Southern California, then we’ll announce much more in 2017

Ooh there’s way more music of all kinds now, so there’s so much more talent and ridiculously good stuff than there ever was. But yeah there’s also millions of times more shit than ever before too!!

Nothing too unusual, but we had some limited edition metal dog tags with our Lucid Fly logo on them, made by a friend who is a jewellery designer. I have one and wear it always!

Variations you’d like to do with one of your songs?

I love electronic/downtempo/trip-hop, so I’d love to try that variation one day with a song!

Everything! We are so thankful that we have been able to connect with so many amazing people from all over the world, thanks to social media! Our fans are our biggest supporters and many have become like our extended family <3

Well, my motto is “early is on time and on time is late” so, it would most likely be one of the guys needing to stop at Coffee Bean or something, lol.

I’d have to say…Giraffes. We’re pretty cool & calm and always have our heads in the clouds – and we’re all tall too!