Liquid State talk about Save Yourself

We have caught up with Alternative Metallers Liquid State in the run-up to the release of their upcoming EP Save Yourself, out 6th July 2018! This pioneering band from Bristol are clearly about to make an impact in their local scene and way beyond with their upcoming music. What was your inspiration behind Dirty Little […] 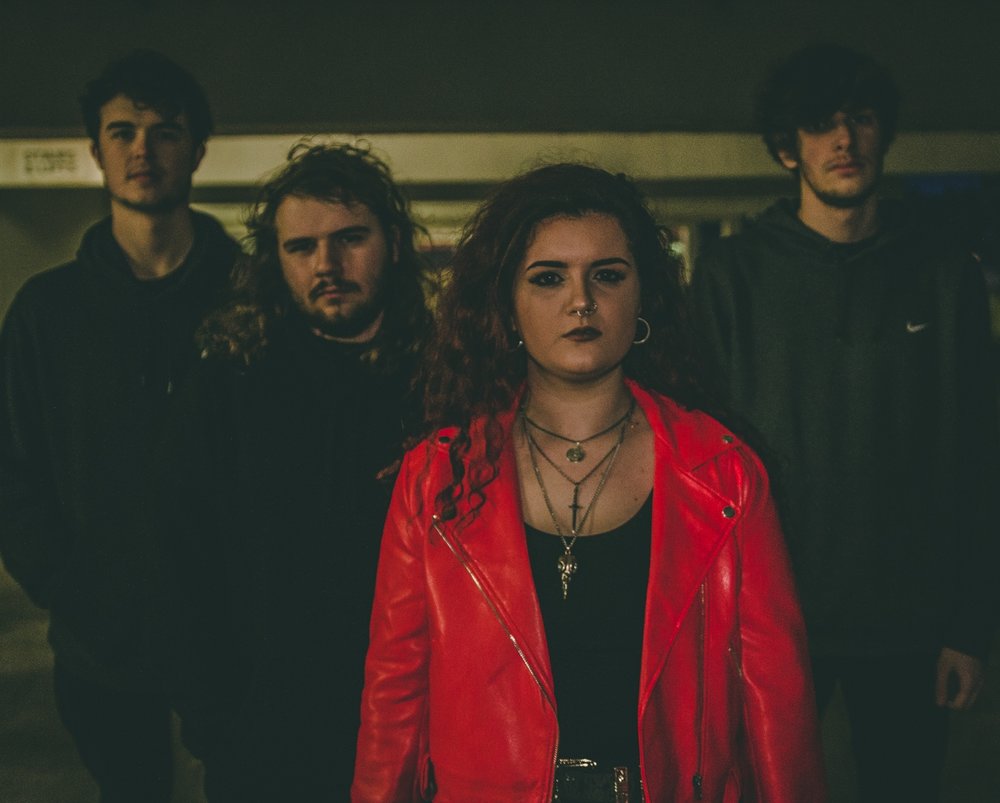 We have caught up with Alternative Metallers Liquid State in the run-up to the release of their upcoming EP Save Yourself, out 6th July 2018! This pioneering band from Bristol are clearly about to make an impact in their local scene and way beyond with their upcoming music.

What was your inspiration behind Dirty Little Preachers?

The inspiration behind Dirty Little Preachers originally came from Kray (our guitarist) who wrote the chorus lyrics about the pain of losing a family member due to cancer, and how lost and unsettled the tragedy made him feel afterwards. The lyrics ‘where have you been, you’re my darkest of sins’ refer to the battle with mental health and self resentment and the lyrics ‘I don’t know where to go, I don’t know, where’s my home’ in response to the idea that ‘home’ was too much of a negative place to be around and how it was no longer the place of comfort and safety that it once was.

Keren then took the chorus lyrics and worked them into a story about someone who loses everything due to a tragedy and then falls into a drug and alcohol addiction (although this story doesn’t reflect on Kray and is entirely fictional).

How would you describe the sound of your upcoming EP Save Yourself?

It’s loud, unapologetic and damn right beefy. Every song brings something different to the table and we cannot wait until it’s released for all to enjoy! We’ve put our heart and soul into creating something that has meaning, and every song on this EP has some absolutely cracking parts coming from all of the instruments played.

Are there any themes in the new EP?

All of Karens’ lyrics are written about taboo subjects such as murder, prostitution, violence and anything that is generally seen as sinister. Save Yourself contains topics of depression, drug addiction, corruption in politics, physical and mental abuse and anger. We see music as a way of expression and refuse to let our songs be smothered by the generic love song themes that are so popular within music.

What’s your favourite track on the new EP and why?

Our favourite track from the EP probably goes to Dirty Little Preachers, as it’s the first song we wrote together as a band, so it’s one that kinda gets us in the feels if you know what we mean! Temper is an all-round killer track too though, so without a doubt could take the top spot as our favourite!

Are you looking forward to the EP launch gig?

Are we looking forward to it? We are completely and utterly buzzing our tits off for it! It’s going to be one hell of a show and we cannot wait to completely rip up the stage with the rest of the bands!

7th July, The Crofters Rights, Bristol! Anyone reading this and wants to make plans – come to this!!

What has been the best moment of your career so far?

Being crowned the winners of The Underdog 2017, without a shadow of doubt! The Underdog is Bristol’s biggest battle of the bands competition and finalists get to play the 02 Academy with first place winners getting their hands on £1000! The whole event is a massive deal to the music industry in Bristol and winning it was just an absolutely incredible experience!! We’d only been together around 7 or 8 months, so it was a massive achievement for us when we won!

What are your hopes for the rest of the year?

So once we’ve released our EP we plan to put on a small tour around the UK and get our music out to other cities in hope to gain more fans, after that we will then probably start focusing on writing new music for future releases, and just keep gigging relentlessly! We have plans to start trying to get festival slots for next summer too and get our music out to anyone and everyone that we can, we all need to up our game now and just keep pushing and pushing for bigger and better things!