Mischievious Scottish rockers Be Like Pablo recently announced their incredible new single There She Is. We asked frontman Ewen Watson to take on our A-Z challenge! A song that made you want to make music? Undone (The Sweater Song) by Weezer. The first song that made me think I could be involved in music. Best […] 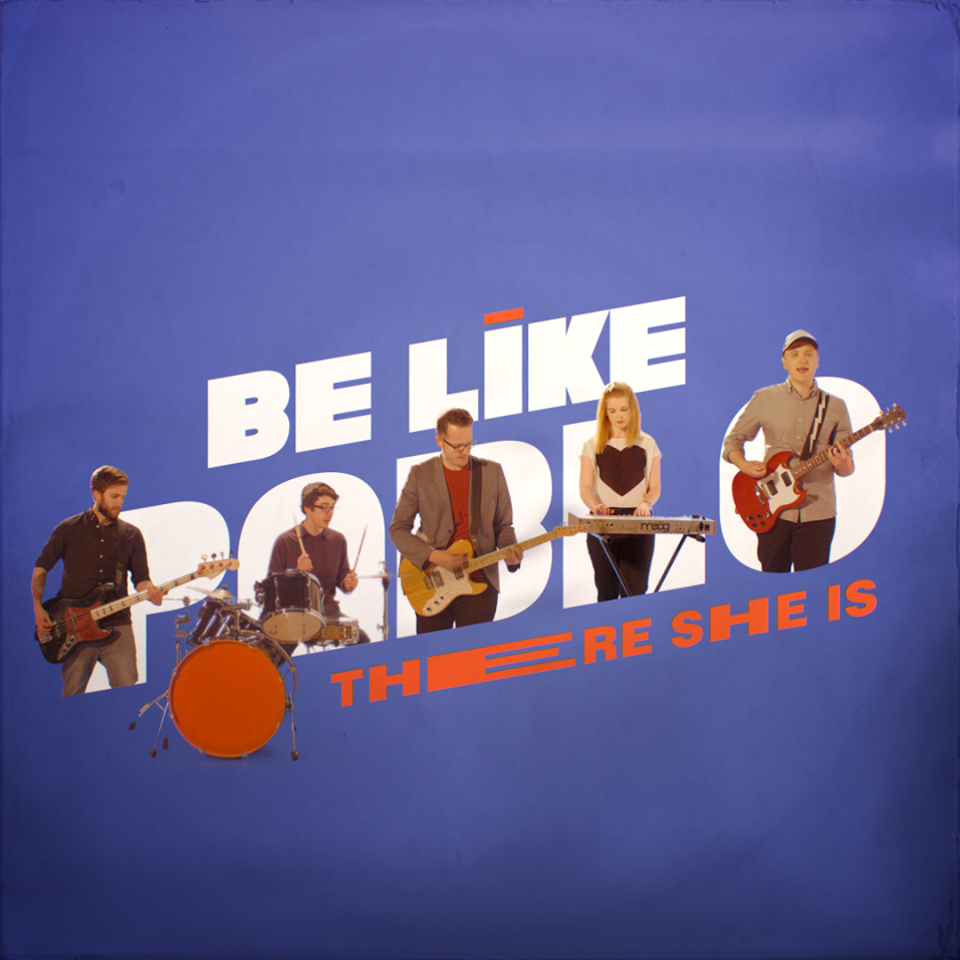 Mischievious Scottish rockers Be Like Pablo recently announced their incredible new single There She Is. We asked frontman Ewen Watson to take on our A-Z challenge!

Undone (The Sweater Song) by Weezer. The first song that made me think I could be involved in music.

The rest of the band got unlimited alcohol from a venue once but, since I’m teetotal and don’t drink, they gave me a several crates of J20. Totally amazing.

We once did a really strange gig at an RAF camp which had a bucking bronco and a trampoline with very low ceiling clearance. We also got pressured into playing Eye of the Tiger. It was great fun but also really strange.

‘I’m so shallow; your feet touch my tiles’ from I Can’t Dance: a track from our first album. It’s a swimming pool metaphor and that’s about as deep as my songs get.

Our new single: There She Is was very straight forward and came out pretty much fully formed.

Our oldest song: Without the Pain. It has always been a really fun song to play and we’ve been doing it for so long that it’s just really easy to play now.

Matt Sharp from The Rentals. He played in two of my favourite ever bands and produces records. If he’s reading this: Matt, please get in touch! If not, I’d settle for Pat Sharp.

Having to wait for results. It sometimes feels like you’re putting in loads of work and getting nothing out of it but, in time, good things start to happen. Being in a band requires great patience.

One of our band members was once the runner up in the Scottish Teacher of the Year awards.

For some reason, we always refer to Andrew as a wee boy. I have no idea why but, if you meet him, I’d encourage you to do the same.

A strong idea and a big chorus.

We live in the rural north of Scotland so we have to travel far to play anywhere! One particular occasion that springs to mind is when we played at a festival then drove through the night to play first thing at another one then Ross had to go straight to a friend’s wedding without any sleep.

Watching Brian Wilson from the Beach Boys is incredible. Seeing him and his band bring those masterpieces to life is something else. It was an honour to see him play some of the all-time great pop songs in person.

Our friends Pinact are great and doing really well at the moment. Definitely check them out!

Ash. Their album 1977 was the first album I ever got into and it was just a joy to listen to. I’d love to play with Ash. I think our styles would work really well together.

Since our music draws from a lot of American influences, it’d be great to tour the US. It’d be nice to play our sunshine pop in the sunshine for once!

If you’re going to listen to just one powerpop band from the town of Forres, make sure it’s Be Like Pablo!

The song tells a story about seeing a girl everywhere you look and There She Is was the first lyric I wrote for that song. It’s also a phrase you hear a lot in every day conversation so now, whenever I hear somebody say it, I now automatically sing it in my head.

Yes. Absolutely. We love bands from the 50s, 60s, 70s, 80s, 90s and early 2000s. There is such a range of good modern music out there just now but the mainstream pop charts are generally boring, unmemorable and safe. Either that or I’m just getting old!

We’re fairly traditional when it comes to merchandise I’m afraid. I’d like to branch out into Be Like Pablo foam fingers though. I think that could be a winner.

I’d love to do Christmas versions of all my songs, replacing the lyrics with festive ones and adding sleigh bells. I’m a big fan of Christmas.

Everything! We love them so much (especially when they buy our stuff).

Thankfully, I have never had any serious band injuries. I fell off of a stage once due to being the clumsiest frontman in the world but I was unharmed.

We’re all super-organised, punctual people. If we’re late, it would be due to some sort of incident out of our control.