Less Deceived have been a pretty good punk rock band for a couple of years, and in that time they’ve supported the likes of Funeral For A Friend, Apologies, I Have None, No Weather Talks, Chumped, Caves, and plenty of local and national bands as well. 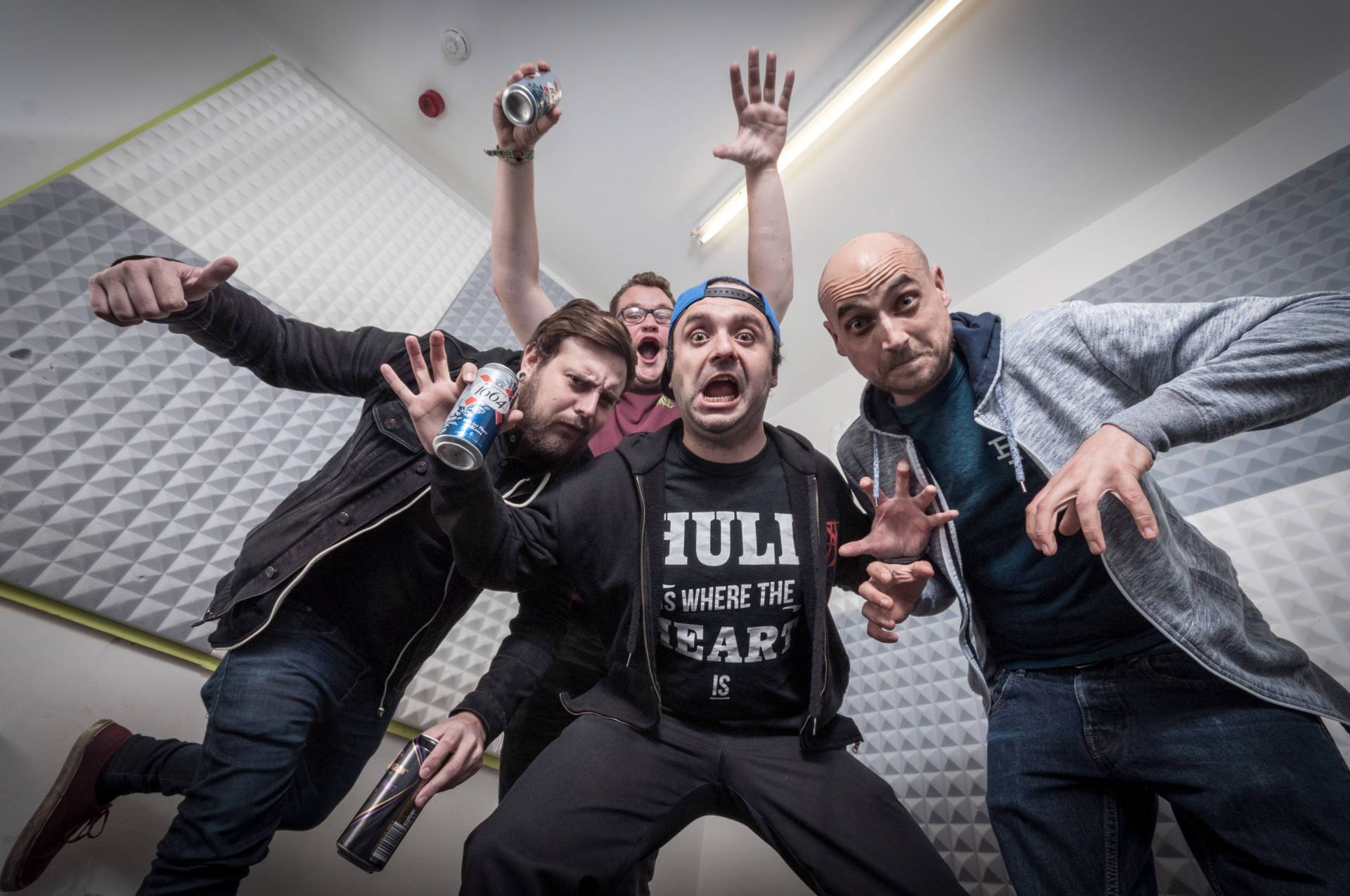 Less Deceived have been a pretty good punk rock band for a couple of years, and in that time they’ve supported the likes of Funeral For A Friend, Apologies, I Have None, No Weather Talks, Chumped, Caves, and plenty of local and national bands as well. Whilst also playing slots at Humber Street Sesh and Freedom Festival. They’re just four friends who like a drink and a joke, who happen to play songs about being sad and drunk all the time. Their latest EP, ‘Average Songs About The Best Days Of Our Lives’, which is on Disillusioned Records is out now!

Check out their answers to the A-Z questions below:

A song which made you want to make music

Born to Run by Bruce Springsteen.

Best rider you have ever had

Pitta bread and rum from the lovely people at Boss Kitty.

Inventing a new cocktail called the ginsters with No Weather Talks.

Deepest lyrics one of your songs features

“We’re too weak to carry this, the weight of our demise.”

The last one. It doesn’t have a name yet, but it was sort of an accident.

My Main Weakness is How Weak I am

Guest you’d most like to feature on your record

Hardest thing about being in a band

The relentless attention of attractive women.

Interesting fact about one of your members

Dave is named after David Lee Roth from Van Halen.

Jokes you have in the band

Dom. Not really. We used to talk in hashtags a lot for reasons I never really understood.

Most of them are in D. Usually hangovers.

Most inspiring musician you’ve ever experienced

I was drunk in London and there was a guy playing a cello under a bridge and I had a bit of a cry.

They’re not that new but I fucking love The Lock & Keys.

Opening for this band would be ideal

Anywhere in Europe where the cigarettes are cheap.

“I ate a bear once.” My friend Ben, who never ate a bear.

Reason for the title of your recent/forthcoming release

The songs are pretty average, but we have fun playing them.

See us live at

Fruit in Hull with After The Fall, Bad Ideas, and East on Main on December 6th.

The old days of music were better than those current, do you agree

As I mentioned, I do like cellos. I think I liked 2003 best though.

Dom is convinced we should get tea towels. The rest of us are convinced that we shouldn’t.

Variations you’d like to do on any of your songs

It’d be nice to do a piano version of some stuff. Dave often gets drunk and creates these, even though no one asks him to.

What do your fans mean to you

We know most of them by name. They’re great, they buy me drinks a lot.

X-rays or any other treatments needed for band related injuries

Dave once had to cancel a gig because he pulled a muscle in his neck playing his guitar slung too low. Punk as fuck that kid.

You’re late for a show, who’s fault is it

Half of the band are there, tutting at the other half and getting glowered at by the promoter. I’ll let you decide who. (It’s Spud and Dave who are late).

Zoo animal that best describes the personality of your band