I spoke to Lukus Hosking of Kings No More – a new band who began a project aimed at raising money for a number of charities through collaborations with other artists on their debut release: “What Pride Had Wrought”. 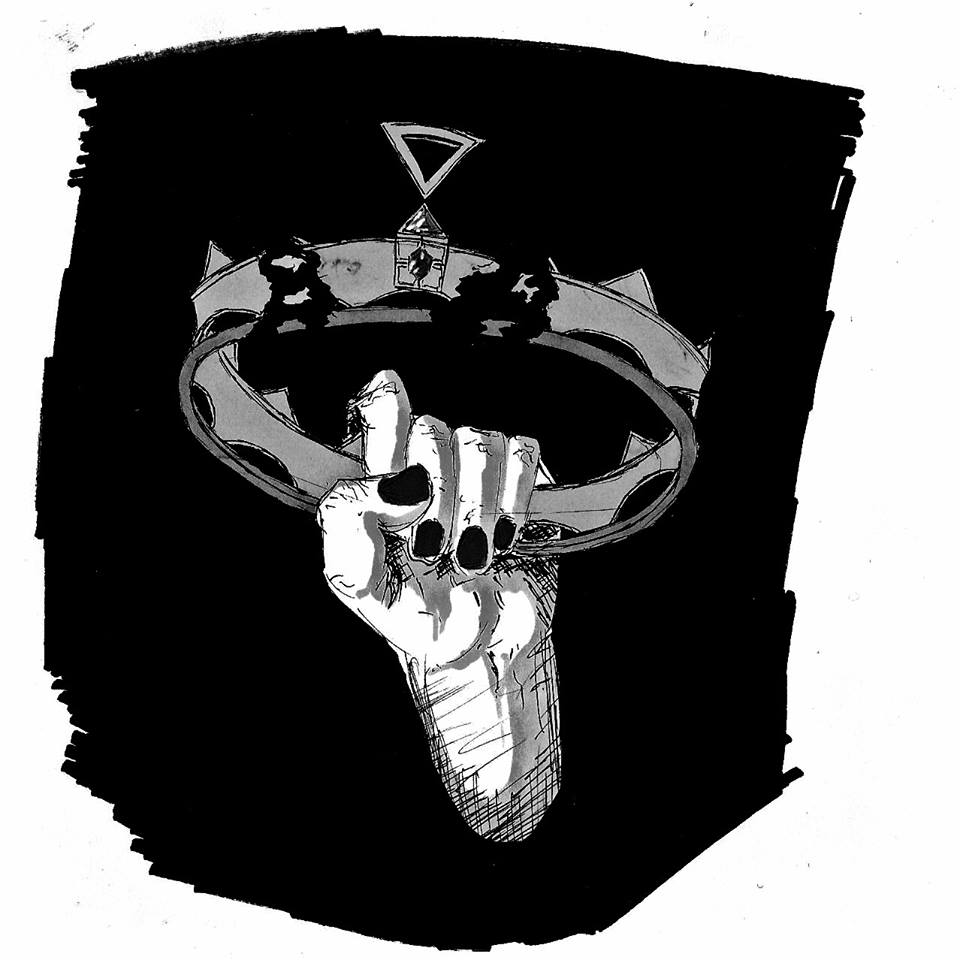 I spoke to Lukus Hosking of Kings No More – a new band who began a project aimed at raising money for a number of charities through collaborations with other artists on their debut release: “What Pride Had Wrought”.

What is the story behind the name of the band?

We originally started out as “Ex Nihilo” which is Latin for “out of nothing”. We changed the name for many reasons. It was difficult to say for a start, also we never really got much done; members started to leave until we were just a duo (myself and Rob Volker). We turned it around completely and developed the idea of getting other bands to feature in our music. We had a number of songs already – many about personal experiences and it was from here that we had the idea to use Kings No More as a charity project with each participant donating their share to their chosen charity, mine being The Samaritans as they have helped me in the past and they do not get the recognition they deserve.

Who are your main influences and how have they affected your sound?

Personally, I would say that my main influences throughout writing have been Fightstar (especially having heard their latest album), Dire Straits and Breaking Benjamin – their front man is someone I see as a great inspiration. Also the support of Rob has been instrumental; without him, it would just be words on a page.

How would you describe your music for those who have yet to listen?

We have been writing for four to five years now and it is mainly a collection of topics that I feel are most difficult to write about and articulate. I’d often write whilst sat in a room at break in work. It helped me to come to terms with difficult moments as well as events that I never really processed. It’s going to be difficult to listen back to. However, it has been very therapeutic to write; then again, it may also help those listening if they can empathise. All in all, it has been like emotional self harm to write but I hope it can help people who have been in a similar place.

Does your music fit into a specific genre?

There is a change in sound, from heavy to acoustic throughout the album. There is a mash-up of genres, I initially thought it would be more grunge/acoustic but it turned out far heavier.

Would you say that personal experiences have shaped the music you create? (And to what extent?)

The music has been shaped by what is happening in the world, eg “Why We Lie To You” which is about how it could be that what we are told is done for our own safety and is not the real truth, just a conspiracy. Much of it is based on the futility of dealing with situations that we are expected to cope with, with very little understanding from others – I suffer from bulimia which is especially difficult when working in the food and drink industry. Friends have had input and some songs are based on their experiences, not just my own.

Does your emotional connection to your songs make practices and performances difficult?

Playing live would be difficult bearing in mind how close to home the music is. Living with mental illness is a driving force and those who live without it have no idea how difficult it is to overcome such an obstacle. I see paralympians as inspirational as they overcome physical limitations and go on to achieve greater things than many of those who are physically able. I want to overcome mental difficulties which will be hard to achieve but the rewards will be worth it. If this can do well, I hope it can inspire others to do the same. I’d rather have 100 listen and the music actually reach them than 1000 listen and no-one understand the meaning. Music makes us empathise in a way that talking never could.

Is there one specific subject that is the theme of your song writing or is every song different?

It’s about what makes and breaks you, realising what it is that makes us human; a couple of songs were written when I couldn’t get any lower. Keeping going at the lowest and most difficult time meant I didn’t give anyone the satisfaction of saying that I gave up. I would rather have extreme emotion than walk through a grey world. There is beauty in the pain.

What are the long term goals of Kings No More?

I want to get the album done, release it and go from there. Ideally, I’d like us to get well known and bring others on board.

Has music always been your main ambition in terms of your future career?

For a long time I wanted to be an author and did a lot of creative writing. However, although I loved it, I discovered more important things. A few years ago, in boarding school, I was watching Kerrang TV and Escape The Fate came on. Something clicked. Seeing their bassist I realised that I wanted to do that. Learning bass became a hobby and it is only in the last year that I realised that this was what I wanted to do. Inspired by Miss May I, as well as other bands where the bassist sings, I started singing too.

How far are you in the writing process and what are your plans for 2016?

We are currently taking it slow, most lyrics and instrumentals are done. The album will include 14 tracks with a deluxe edition of 19 tracks including covers. The album title is “What Pride Had Wrought”, referring to how pride can be your downfall. We are hoping to release it digitally as making physical copies would cause some difficulty. All the money will go to charity by perhaps paying what you want or making a donation – every little helps. Release date will hopefully be late 2016 if all goes to plan.

If you could collaborate with anyone (living or dead) on a song, who?

Davey Richmond is a phenomenal singer and very down to earth. I am in contact with him and hopefully he may agree to work with us. Also, Charlie Simpson for his pure raw emotion, Jacoby Shaddix (Papa Roach was the first band I ever had a deep love for – I still get emotional listening to “Metamorphosis”) and Craig Mabbitt for his wide emotional range. Ronnie James Dio was a great inspiration and had an amazing imagination and although people disagree, I feel he was better in Black Sabbath than Ozzy so I would have to pick him too. Rob would probably say that he’d like to work with While She Sleeps or Bring Me The Horizon but we are both into similar things. At the end of the day, I would rather work with lower level bands for a good cause than big bands just for the money.

Could you tell me a bit about your personal favourites out of the songs you have written so far?

My favourites vary greatly but I would have to mention “Crawl” which is based on how mental illness reduces us to crawling through life. It limits and restrains us from living to our full potential. Lots of friends play pivotal parts in inspiring it and it is very personal. “0957” is probably the most personal. It looks like random numbers but it is actually the time I wrote down when I felt I could not feel any lower. It was the most difficult to write and this, as well as other songs on the album, deal with issues stemming from events I never dealt with. “The Walls That Hold Us” is acoustic and is dedicated to the struggles of everyone; it is about the frustrations of being stuck in a position of discomfort and feeling bruised by it. There is an interlude where family and friends will feature, mentioning some words that affect them. “Any Less Human” is emotional but aggressive and is about being treated as being less human when you have a mental illness. I feel that this is my biggest accomplishment on the album as I managed to word something that is so difficult to say. “The Night We Fell” will be the last track on the standard album and is influenced by Bullet For My Valentine and Nightwish in particular. I am not a religious person but the song is about the similarity between angels and devils and references Satan’s fall from heaven.

Just some random questions, what is currently your favourite song?

Is there a specific song you would like to cover in the future?

Could you sum up your album in three words?

If you are interested in contributing to this project, you can find Kings No More on their Facebook page.