Kings And Castles take on the A-Z Challenge!

Our A-Z challenge is a fun way to get to know the upcoming talent across the world! Up next, we have South Coast indie rockers Kings And Castles! 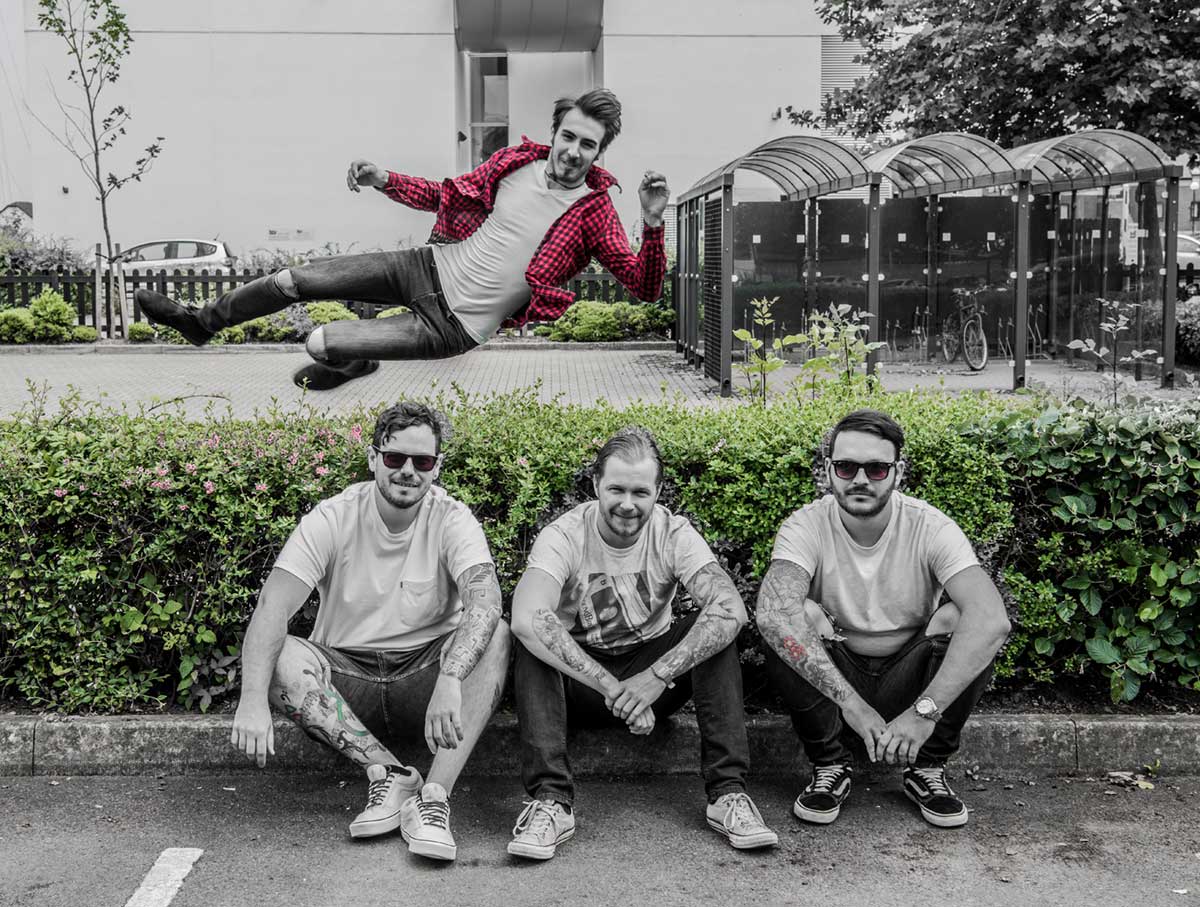 We like to set a random challenge every now and then to make it fun. The best rider was one where we asked for the usual stuff like crate of beers, snacks and an inflatable crocodile…and they delivered!

When we headlined the Young Carers Festival – The crowd took to us so well after the show there was an endless stream of people having photos taken with us and wanting our autographs. We might as well have been Coldplay. It was so amazing. People were getting me to sign their t-shirts and hats yet all I could think was how I was completely ruining their clothes.

“Feel alone in a crowded place, all the voices I can’t take” – Keep On Running From You.

Hmm this is a difficult one, but I’m going to say one of our first songs “Nowhere Left To Hide”.

This very recently changed to our newest unheard song called “Save Me”- absolute banger.

Van McCann from Catfish and the Bottlemen

Being organised! Despite our amazing manager keeping us organised most the time, it can be very difficult with other commitments and finding the time to fit it all in. There is never enough time to fit in everything we want to do.

Louie has the most tattooed feet in the world! Random but true!

Oh where to start. We have soooo many ongoing jokes it’s ridiculous. One of our favourites is we say “Je Suis” as an answer to pretty much any question in any given situation even if it makes no sense.

Je Suis!
The key to writing a song is making it real. Open your heart and put your honest pure emotions into it. People can genuinely feel the music and lyrics then. The feeling of reward this gives is so amazing.

Around about the 200miles mark currently but this will fly up once we start touring Europe- if that’s still allowed after all this Brexit debacle!

Would have to be Brian May or Keith Richards– outstanding.

One we have recently discovered and fallen in love with due to the great tunes and genius lyrics is “Only the Poets”.

The United States of America!

There is no lift to success you have to take the stairs.

Originally the song was going to be called Jekyll and Hyde referring to the ups and downs of life while depressed and on various medications. However when we started testing the song out live everyone who heard it and mentioned the song would be saying to us that they loved “the Bevvy” song, which is likely down to the memorable opening lines so we decided to stick with that!

No but we weren’t around then to be able to compare. People really need to give new bands a chance and support them at local grassroots venues. There are so many great new bands out now and music is much more accessible than it used to be. We find new music from new bands all the time. It massively enriches your life finding new music to love.

We are working on a few that will go down as absolute classics for our UK tour later this year!

We would like to re record Nowhere Left To Hide as we have moved on so much as a band since then. We would make it more intricate in parts and make the ending absolutely huge with a choir and all sorts!

Everything and more. If no one listens to our music then are we even making a sound? We genuinely love that people are willing to spend their precious time listening to us. We are so grateful for everyone who has ever listened to us, come to a show or chatted to us.

Matt (our drummer) is forever damaging his hands and fingers! Normally it happens when he gets carried away using the cajon! Aiden has been injured on a couple of occasions requiring band aids when I (Ross) have got carried away on stage and accidentally smashed him with my guitar. We haven’t had any X-Rays…yet!

Meerkats as we are always on the lookout for our next live show or opportunity to play with bands we love.