Kilonova take on the A-Z challenge

Our A-Z is a fun way to get to know the many bands and artists around. Here its the turn of Kilonova to tell us all about themselves by taking on the challenge. 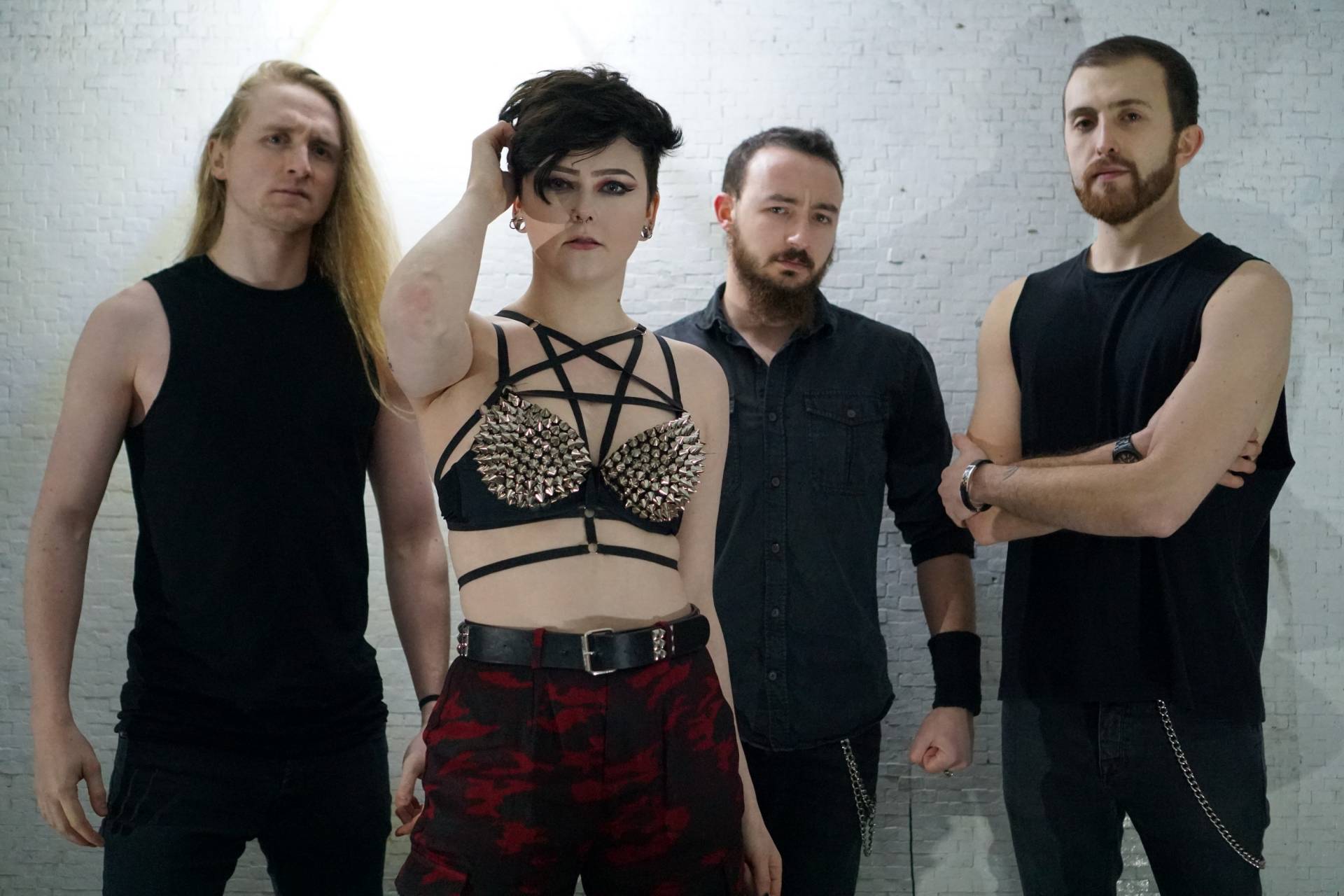 Steve Rouse (drums)- Personally? Would have to be Unholy Confessions by Avenged Sevenfold. Back then I was more into punk music and when I saw the music video on the TV and heard the double bass parts I just thought, ‘Damn, I need to write something like that’. Next day I went out and spent all my pocket money on a double bass pedal.

Joe Bambrick (bass/vocals) – The 6th show we ever played was Bloodstock Open Air, to go from nothing to a festival of the size before we hit double digits was nuts.

Ellen Hill (vocals) – ‘Tell me I’ll be fine, I need someone to believe’ from Own Enemy would be the deepest lyric from the released music we have. This was a different writing style for Kilonova. The lyrics were written first and then the music followed their structure.
Own Enemy was written at the back of a classroom while I was having a panic attack, the lyric was me trying to calm myself down.

JB – Better Off Extinct was 80% written the first time Jonny and I ever played in the same room. That’s how we knew we were on to something.

JS – Straight to Hell. I love the atmosphere the intro creates, then when we burst into the song the energy in the room just elevates.

JB – Dave Grohl, I think we’re the only band he’s never collaborated with.

JB – It’s all the background admin that goes on behind the scenes, for every 45 minute set we play in front of an audience there’s hours and hours of work designing posters, planning itineraries, restocking merch and everything else that keeps the band moving.

EH – There’s a dent in my skull where I got pecked by an ostrich when I was a kid.

JB – Ellen had a fan politely ask to lick her boots and we’ll never let her forget it.

SR –There’s no right or wrong way to writing songs, everyone just does it differently. We generally come up with some tasty riffs and a simple structure then add the drums and vocals to it later. On ‘Own Enemy’ for example though we did the opposite and all ready had the lyrics written before the music so it changes with each song and really.

JB – We drove from Northampton to Workington in horizontal rain on tour with Democratus, that was a long haul.

JS – it’s got to be the Hetfield/Hammett combo in Metallica. As a 15 year old at his first ever live show, I was absolutely blown away by the riffs that were pounding through my body. That inspired me to pick up the guitar.

JS – On the local scene there are countless fantastic bands we all love seeing. Shout outs have to go to our tour mates A Ritual Spirit, Ashen Reach and Nocturne Wulf.

JS – I’d love to tour America. Having traveled to a number of States and been to local shows, it would be a dream to go back and play some of the cool venues with Kilonova.

SR– Please do not feed the drummer.

EH – Our newest single is called ‘Immortal’ and the song is all about rising above and beyond whatever life throws at you.

JS – With the uncertainty due to Covid-19, we cannot give any dates. But we can assure you the second we get the go ahead we will be booking so many shows you’ll be sick of us!

JB – Musicians have easier access to the tools they need to make and distribute their music than ever, it’s harder for any one artist to stand out but there’s more amazing music than ever getting made. I think that’s better.

JB – I have a drum head used onstage by the Blue Man Group, turns out when you ask them for an autograph they kiss the drum.

EH – I’ve been working on a piano version of ‘Own Enemy’ during lockdown.

JS – Our fans are amazing. We are so thankful to every single person that shows up and supports us. Without them, live shows aren’t possible.

JS – Thankfully the only injuries we have picked up so far haven’t been serious. Plenty of cuts, bruises and sore necks!

JS – Thats got to be Steve.

EH – Because he’s gone to go and get a burrito

SR– That’s a tough one but I’d say a goat because Ellen climbs on a lot of stuff on stage, including the crowd, but somehow never breaks anything.