Gareth Rooke interviewed vocalist, Kate Thompson of The Prophets in which you can find out why have a connection with Toto’s Africa, their pre-show rituals and where you can see them live… 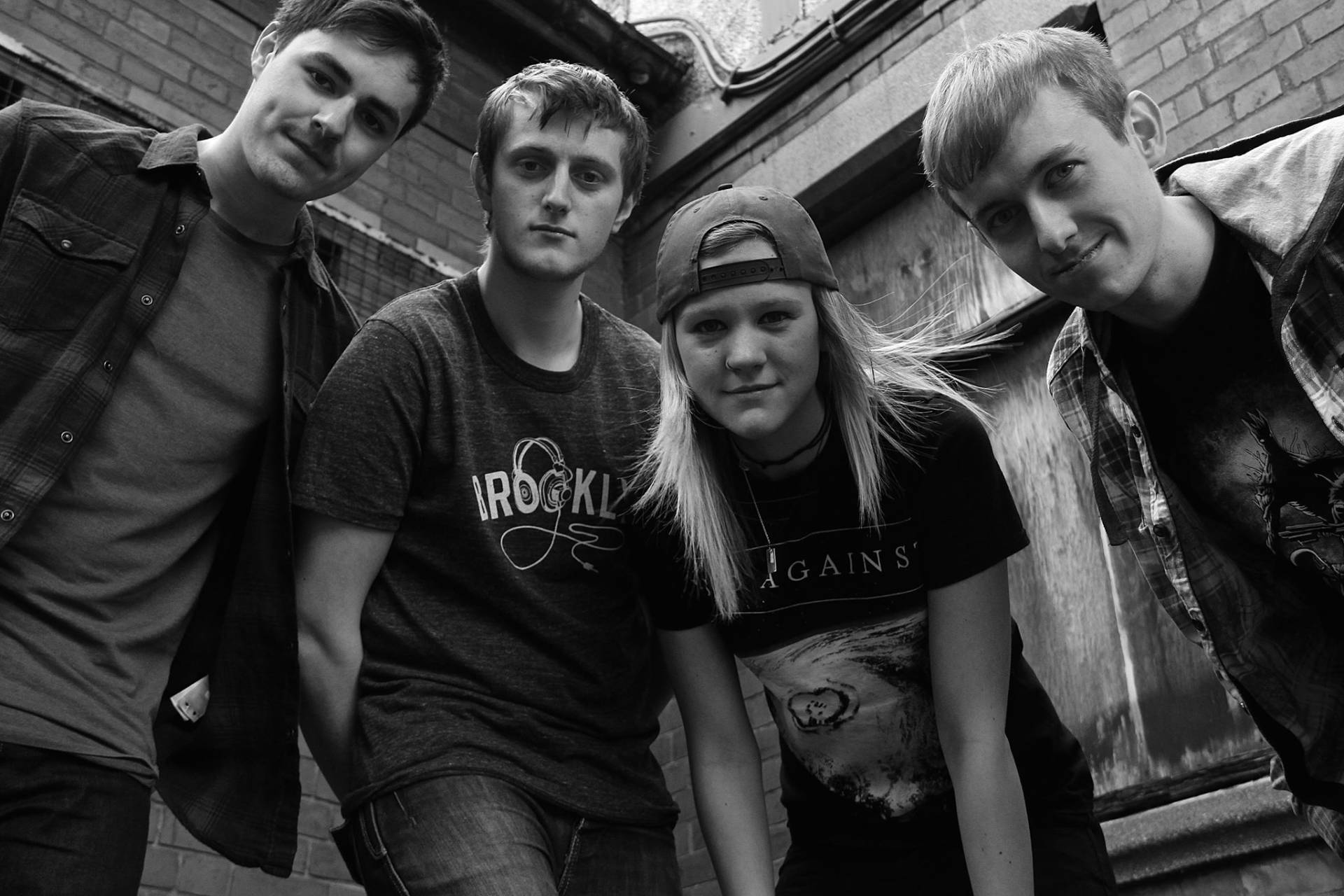 The Prophets are a female fronted alternative rock/pop punk four-piece band from Coventry, formed in January 2011. Their first self-titled EP was released in June 2014 and they are in the process of recording of the second EP underway (release date and title still to be announced).  One of the busy bands around, they have shared the stage with the likes of Tonight Alive, We Are The Ocean, Neck Deep, Funeral For a Friend and We are Scientists to name a few. They won 1st place in Godiva Calling in 2014, which saw them play on the main stage that year, and then were asked back to play the main stage again in july 2015. They had a line up change in January 2015 that saw Rhys leave the band to follow other pursuits and had Dom (who was plays in Dead End Dreams) join the band on lead guitar.

The Prophets are: Kate Thompson on lead vocals and Guitar, Dom Hodgkins on Guitar, Nathan Gummery on Bass and Kris Sharry on Drums.

Check out Kate’s answers below.

I don’t own a desk or a car. So room. But I rarely clean that either.

2. How would you cure world hunger?

I would supply the entire planet with endless amounts of pizza. Nobody deserves to miss out on pizza.

4. Weirdest thing a fan has ever said to you?

There are some things that people have said to me, but they probably wouldn’t be appropriate to put in this interview.

5. Who injures themselves the most?

Kris is the most accident prone person I have ever met. One time he was completely exhausted during an encore at a show a few years back and he just collapsed off his drum stool and fell to the ground. He also dislocated his knee in 2013 by doing nothing more than sitting on the ground to take shin pads off after football training. He had to have surgery and we didnt play any shows for half a year. He’s an idiot.

Not exactly. We like to get ourselves hyped up a little, just like most bands. We tried to be like ‘Tonight Alive’ one time, and we did yoga before a show. This also happened to be the show that I fell off the drum riser and went crashing to the ground, flat on my back in the first 10 seconds of our intro. That being said, we haven’t done yoga since.

7. What song best describes your band?

8. If you were to put on a show who would headline and who would you have as support?

‘Tonight Alive‘, ‘PVRIS‘, and ‘The Prophets‘. That’s my dream anyway, and the guys would probably say the same but also have different bands that they’d love to open for.

9. Where can people next see you live?

You can see us at the ‘Kasbah‘ (Coventry) on Saturday 22nd alongside ‘Never Hill’, or catch our first ever headline show in London at the legendary venue ‘THE BORDERLINE’ on September 20th. If you’re a local in London, please try make it down to that show! Tickets are only £6 and are available from the borderline website. Plus we’re lucky enough to have the amazing ‘Cat Bear Tree‘ on the bill too, and we can’t wait to play with those guys again!

Check them out at: