I sat down with both members of two piece band Kamikaze Girls at 2000 Trees this year. We spoke about how good 2000 Trees is as well as touring the US and their brilliant album Seafoam. The duo consist of vocalist/guitarist Lucinda Livingstone (L) and drummer Conor Dawson (C). How you finding Trees 2017 so […] 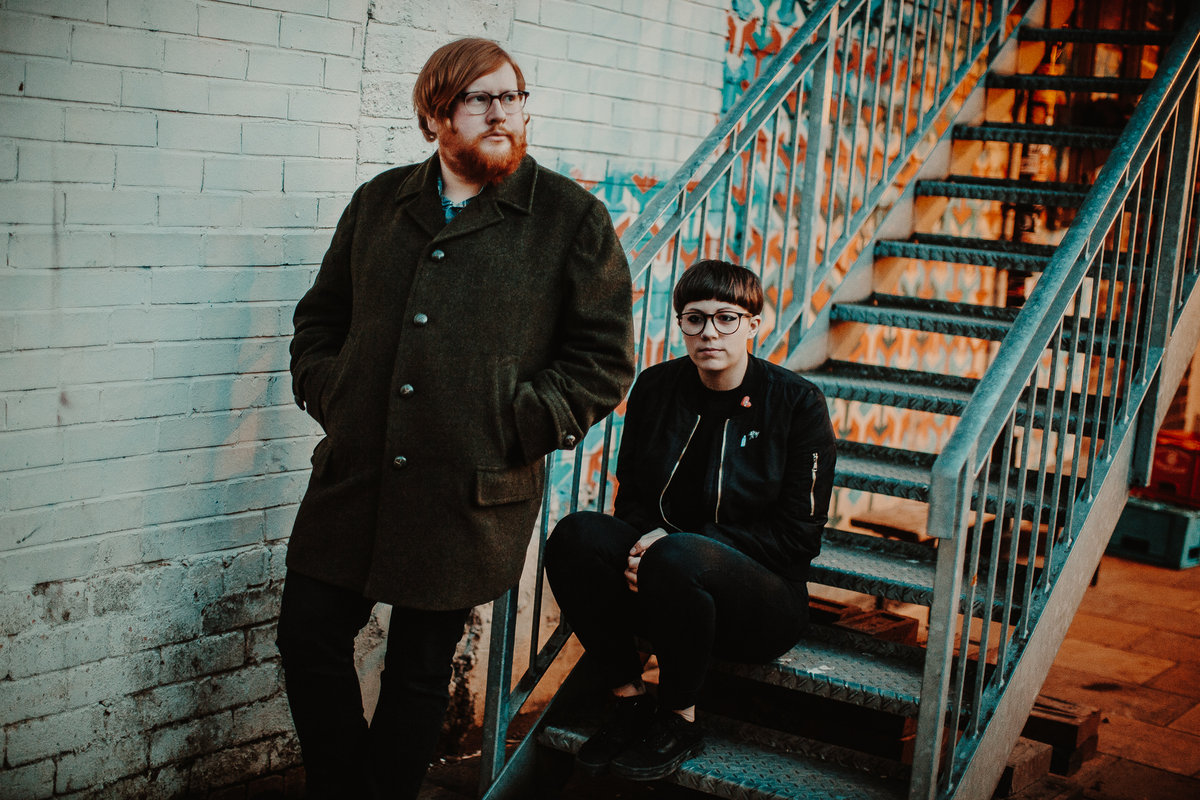 I sat down with both members of two piece band Kamikaze Girls at 2000 Trees this year. We spoke about how good 2000 Trees is as well as touring the US and their brilliant album Seafoam. The duo consist of vocalist/guitarist Lucinda Livingstone (L) and drummer Conor Dawson (C).

C: I love Trees, this is like my 6th year here, first time we’ve played though

L: I’ve come to the last few as well, to watch all the good bands

What’s your favourite bit about Trees?

C: it used to be the bands and stuff, but now it’s just hanging out with all my friends.

L: I think that it’s just a really nice place and it feels a lot more free than a lot of other festivals. You can show up here with no money and not a lot of food and drink. You can take your beer everywhere with you. It’s just really relaxed. It doesn’t feel stress. Everything’s nice and close and it’s easy to walk around. Whereas Leeds fest you have to walk 40 minutes everyday to get the arena. It’s a really nice little festival

What bands would you recommend from this years bill?

C: we saw Brutus yesterday and they were incredible

L: they were amazing

C: there always seems to be one band every year that we haven’t heard of, and we just leave thinking they are our new favourite band.

L: last year was Yuck and this year Brutus. Excited to see The Winter Passing, they’re on before us. Then we’ve got other mates playing, like Doe and Petrol Girls. We saw Personal Best yesterday. But it’s really cool this year as they’ve booked as much of the DIY punk scene in the UK as they can. I think last year there were 7 non male members on the lineup and I think it’s understandably changed this year

C: I never even realised that was the case until it was bought up

Particularly in the last 12 months I think there has been more exposure for bands with female members and female people in the rock industry.

L: Yeah I think it’s definitely got more inclusive, like people feel a lot more confident to start bands if they’re not a dude.

You’ve done a couple of acoustic sets this year, how do you approach that, especially considering the pedals you use on normal sets?

C: just drink loads of alcohol and hope for the best

L: we’ve had a really nice balance. I’ve been doing a few kamikaze girls songs and a cover and Conor’s been doing a cover as well. People have been like “Coner can play guitar!”.

C: I know how to play one song

L: it was nice. We did a bit of a shouty one on the first night and more of a chilled out one the next night, which ended in a wall of hugs. I like playing acoustic, but at the same time it terrifies me as I have loads of pedals and lots of fuzz. So to all of a sudden have that taken away from you at an acoustic set. So I get a shaky knee if I sit down, so I need to stand up.

You released Seafoam earlier this year, what’s your reaction to the how it’s been received?

L: It seems like a lot of people have got into the band through it which is cool. The last few weeks since it’s been out there’s been loads of good stuff, lots of positive comments on the internet. It’s nice to have a full length out. Because neither of us have had one out before in our previous bands. It’s nice to have reached a point where we’ve done it, at the right time as well.

The album has a theme to it, was that deliberate or did it just come about?

L: I guess it’s that thing, where it doesn’t have a theme but a lot of it feeds into each other as it was written in a short period of time. Some of it links into our previous EP as well. We wrote it in a month which was a good way to do it. We put pressure on us to do it as we wanted it to come out

C: I think it’s better to do it like that. I’ve always been like that. When I was in school doing my GCSEs I left all my coursework to the last minute.

You were first introduced to me as a punk band, but I think there’s a lot more to your sound than that, how did you stumble across your sound?

L: I think the stuff we clicked on was Grunge, shoegaze and Riot Grrrl. We really loved The Cure and Sonic Youth and when we finally started doing this it all came out everywhere. I guess we can fall into the punk category.

C: but that’s so broad nowadays

L: If you said punk in like the 80s everyone would assume you sound like the Sex Pistols. It’s not really like that now as punk is really diversified which is great

C: it’s also bad when you have bands like the Dickies who have no relevance at all in the world.

I think it’s very diverse. And you won’t find people much now who are like you’re not punk. Bands like Personal Best that are more indie pop but they can still be considered punk. Then us and Petrol Girls can be considered nearer the heavier side.

Do you think it’s hard to be so distinct in genre nowadays with how much music has developed?

C: Yeah, I think if you listen to a lot of music then other styles are going to come out. I think it’s a better thing for it.

What does the rest of 2017 hold for Kamikaze Girls?

L: we’re heading over to the states for the third time in October, then we’ve got a couple of things lined up for the end of the year. We’re so busy

How do you find America compared to the UK?

L: yeah, when we were there last time it was over the election. We played Sacramento on the night of the election result and it was one of the rare venues we played. We had a big green room with a TV, so we watched the election results. It just blew my mind that we’d come over to tour in this country and we were witnessing all that was happening. We were sharing a bus with an American band and I think that just seeing all that stuff happen was strange. It was an experience and then we did so much driving.

C: It was just the two of us for some of it. So we played Philly one night and Michigan the next night which is like a 15 hour drive. We had to take it in turns sleeping. You don’t really want to do that as you want to keep the other company.

L: I think in the states it can hit you really hard if you have a bad show than in the UK. In the UK you drive 3 hours for a bad show but in the US you can drive 30 hours and play in front of 2 people and their dog. Luckily we didn’t have anything like that last year. We did a very weird show a couple of years ago in Birmingham Alabama. We played with a band who also weren’t from there. It was probably quite poorly attended but everyone was so into it. It’s like that toss up, you can go and play in a weird place with people really into it and then you can play a bar full of people that don’t care at all. America’s really good, I think the music we’re doing is liked more by people over there maybe.

The US has quite a varied style of culture between states, did you find that weird when touring and playing shows?

C:We didn’t really notice it as people that like us are the same everywhere. We sort of stayed in that nice little liberal bubble. When we were in Florida and driving from Tampa to Gainesville, we saw all the anti-abortion billboards, and it’s just a bit disgusting. But we don’t really see much of that which is good. I really like the southern states. We met one old lady in a gas station when we were there who was terrifying. She had lost her dog. She must have been at least 100 years. She then got in a massive pick up truck and drove off. I just couldn’t believe it.