Our A-Z challenge is a fun way to get to know the many artists around. Here it’s the turn of Jordan Red to tell us all about themselves. 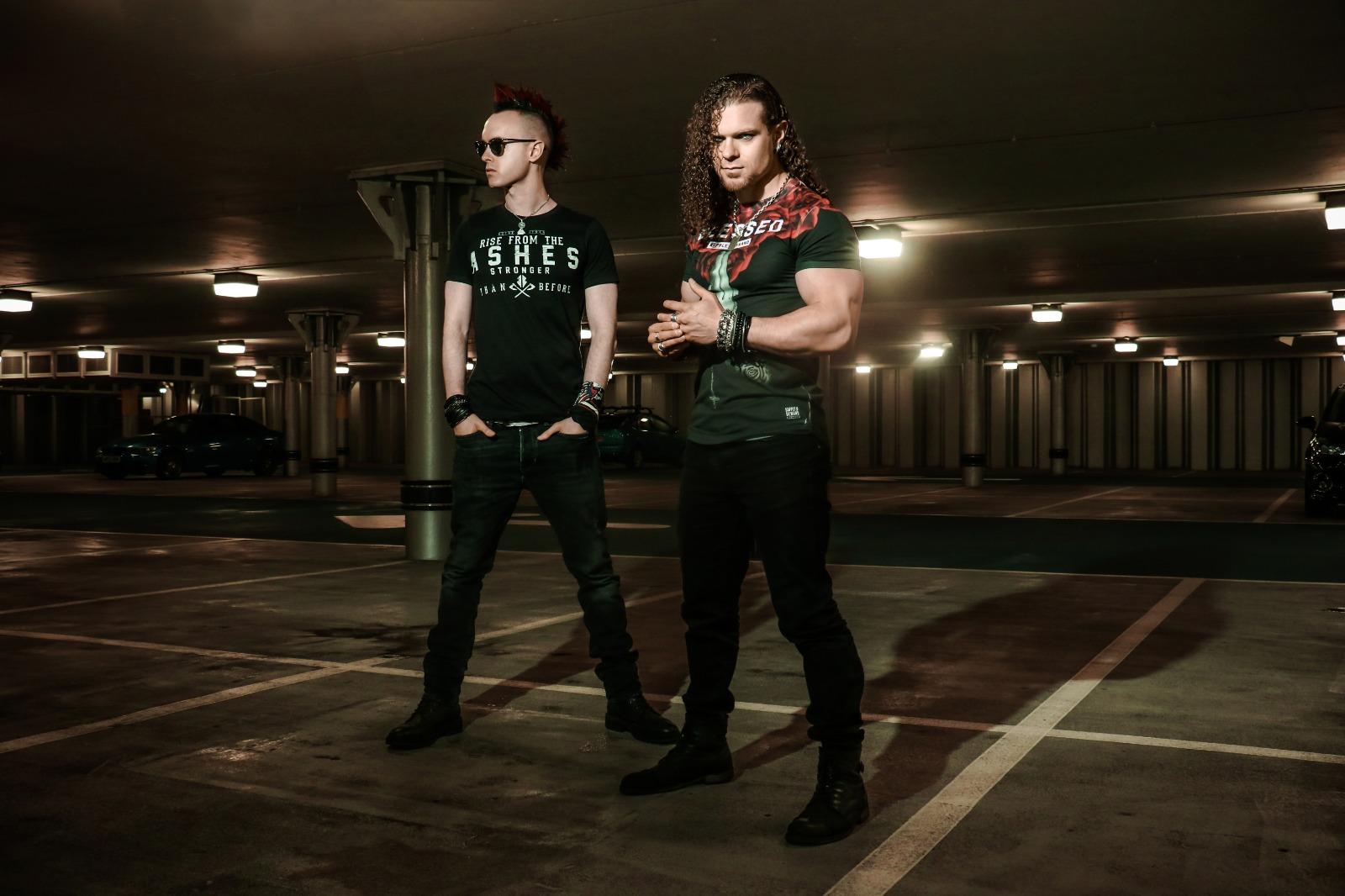 Metallica – The Unforgiven. When I first heard the Black Album it had such an epic and out of this world sound. I think the solo on this is one of Kirk’s best, I just love all the layers of guitars everywhere here. I used to sit for hours playing this and the rest of the album. Every time I hear those songs even now it inspires me to pick up the guitar or write another song.

Any rider where we have coffee, red bull and good food is a win.  Sitcom Soldiers really nailed it when we did our video shoot for ‘Beautiful Monsters’ – they really looked after us that day!

When we started the band we booked the studio time before we had any songs or band members. Having a crazy deadline to work to brings out the best in us so we kept doing it until we completed the album. Originally we planned to do a few singles but it soon spiraled and here we are.

Of those released so far.. “This dark will multiply the light of 10,000 fireflies..” from “Beautiful Monsters”.  It’s a reminder that the darkness will pass and we will see the light again.

“Before They Burn Us All”.  That chorus came together very quickly and the basis of that song was probably 80% done in about 20 minutes. That was one of those days that everything just flowed! You can hear that one when we release our debut album “Hand’s That Built The World” later this year.

Our debut single “Beautiful Monsters” right now. Ask me the same thing another day and you will probably get a different answer but I’m enjoying playing some of the faster ones at the moment.

Myles. Dan gets told he sounds similar to Myles Kennedy a lot. It would be awesome to hear them on the same record to see how easily people could tell them apart!

You have to balance a lot of different roles and you’re never done with any of them!

When Dan Leigh was 8 years old, he won a children’s muscle posing competition. He was in the paper and everything!
It was probably more of a personality competition rather than their physique but it’s still pretty funny that he was about that life since the age of 8!

Probably none that can be discussed publicly but we are big fans of South Park so there’s usually a lot of their jokes being stolen from episodes. With everything locked down right now a South Park series providing a running commentary would definitely be a welcome alternative to the daily news.

Make it real and keep it honest. Write every day and especially on the days you don’t want to – that’s where the magic happens.

We just launched the band with the release of our debut single ‘Beautiful Monsters’ in February and now we’re in lockdown waiting to get on the road! Check out the video for the energy we will be bringing to the stage once this has all passed.

Mark Tremonti. His playing is always on another level musically and his chops are just insane now. I’ve seen him play with Alter Bridge a lot over the years right through from the Black Bird tour to the headliner at the 02 Arena this past December and no matter how big or small the venue he always gives it 100 percent. Every time I’ve seen him with either Tremonti or Alter Bridge I just feel inspired to practice even more and keep playing guitar!

Ocean Grove. Their new album ‘Flip Phone Fantasy’ is definitely channeling some ’99 or early 2000’s energy which is all good with us! Just ‘Ask For The Anthem’…

Shinedown. A lot of our sound is influenced by the rock and alternative scene in the US. Shinedown have it all, the massive songs, big riffs and a great show for their fans.

The USA! There are so many places we would love to visit so I guess the dream would be to just do a crazy long tour and see everything and play everywhere we can along the way.

“When you have something to say, silence is a lie” – Jordan B Peterson

“Don’t Let The Heavens Fall” is written as a warning that “those who cannot learn from the past are condemned to repeat it”. There are some people that would rather tear down everything that’s good in our society just to see everyone else fail because for them, self sabotage is never enough.
The song name and lyric “Don’t Let The Heavens Fall” is followed by “The Heavens Fall Away”. It reminds us that we cannot stand still on the important issues. We are either falling backwards or moving forward. Ultimately we must decide what we want from life and bear the burden of that choice.

Everywhere after lockdown… Come and let us know where you want to see us play by posting on our social media. You’ll find us on Facebook, Instagram and Twitter with either @JordanRedBand or /JordanRedBand

I think we have different challenges now as technology and the way fans consume music has evolved. It would be awesome if people could live more in the moment and enjoy a concert without watching it through a tiny phone screen but anyone can now broadcast live to the whole world at any time. That’s a powerful reach new bands never would have had back in the day.
It feels healthier to focus on the positives that modern technology provides as there’s no going back to how it used to be. If we learn to adapt and embrace change there will be a future for bands and it definitely beats remaining stuck in the past.
Ultimately if your songs are good it’s just a case of reaching your audience and that is easier than it’s ever been!

I like that Elon Musk decided to create flame throwers just for fun so can we have Jordan Red branded Flame Throwers?

I’m a really big fan of the arrangements ‘Choir Noir’ have done with some of the Architects and Bring Me The Horizon songs.  Something like that which re-imagines everything and goes in a totally different direction to what we already have would be epic.

As a new band we’ve been blown away by the response fans have given us with just a couple songs out in the wild.  We read all the messages everyone sends and see people spreading the word and it really helps make this worthwhile to see everyone getting behind the music we are creating.

Fortunately not, just a healthy dose of therapy along the way.

It looks like everyone is going to be late to every show this year so we will let you be the judge of whose fault that is.

Dan Leigh once told me about a guided meditation experience he had about ten years ago. He was told to walk down a long corridor with loads of doors on either side. When he was guided to open up one of the doors, red light shone out. He was then told that an animal would shortly come out through the door. The animal that came out was a huge bear.
When he meditates before shows or needs to find peace or clarity, he pictures a grassy clearing in the woods. He calls Shardik (that’s the bear’s name!) and this fifty foot bear comes out of the woods and sits with him.
It would make sense for our animal to be a bear. Peaceful, but ever ready to rise up. Adaptable and hard to kill.