Johnny Foreigner talk ‘The X and The O’, ‘Flooding’, and their tour

Johnny Foreigner are a four-piece indie-rock band hailing from Birmingham – and they’ve just released an amazing EP after a busy few months. We spoke to Alexei from the band about their recent releases, and their tour. 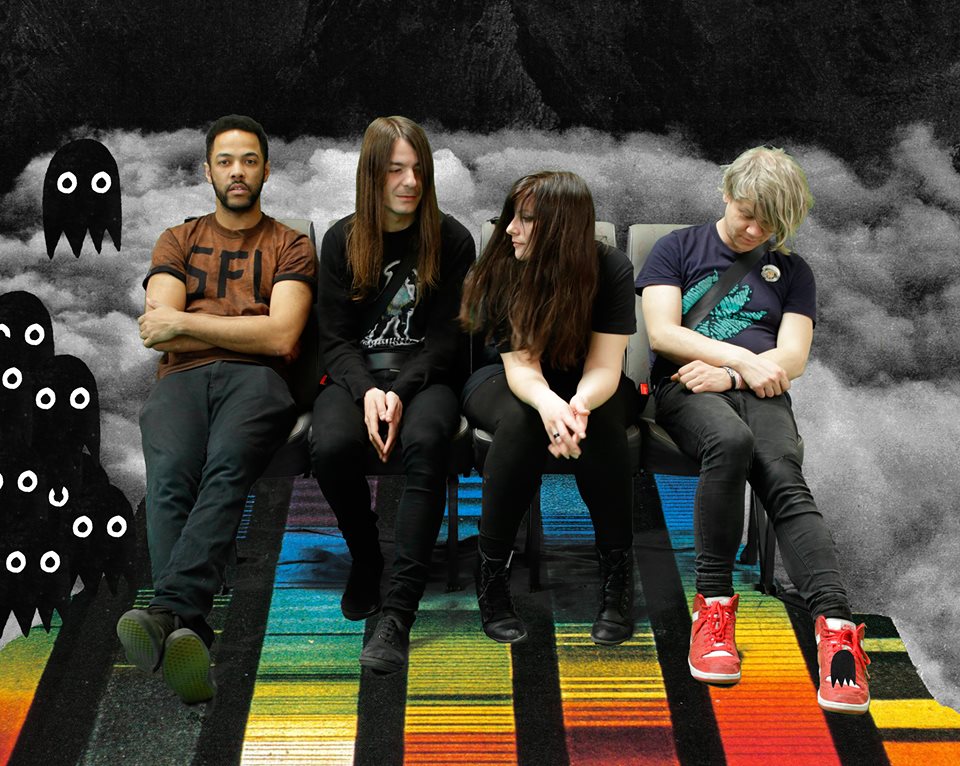 Johnny Foreigner are a four-piece indie-rock band hailing from Birmingham – and they’ve just released an amazing EP after a busy few months.

‘The X and The O’ is a four track Ep, including the song from their most recent album, ‘Mono No Aware’, and a new version of ‘Palace Fires’. This Ep comes only a few months after ‘Mono No Aware’, just as their tour ends, and just as new song ‘Flooding’ is released as part of the ‘One Song At a Time’ series.

We spoke to Alexei from the band about their recent releases, and their tour.

What made you decide to record and release Flooding independent of your album/ EP?

Whilst we recorded Flooding in the same sessions, we had the album thematically mapped out in our heads really early on. Lyrically this more in line with YCDB’s doomed romance mardiness than MNA’s reflection, but it still deserved it’s moment.

Is this song going to potentially be on your next album?

Visuals and aesthetics are always great with you guys, like part of your ‘brand’, what made you choose the concept of a stop-motion space video?

Man, I know what you mean but I feel that’s more a lacking on behalf of other bands than a plus for us. Like, the bands/artists we grew up on had really strong visual identities, and that iconography is as much a part of the band as the songs. I guess we’re lucky in that we’ve always kept full control over our artwork, but it’s for sure part of the plan.
As for Flooding, we’ve been huge fans of Jacob since he made the video for 200x. It felt right to offer him the chance to do this; and he totally picked up on the MNA art’s obsession with old sci-fi imagery. I love it when we get awesome videos cos we can boast about something we had nothing to do with.

What does it mean for you to be part of the One Song At a Time series?

It’s an awesome idea. We’re all kinda nerdy about our music collections, and this is a rad approach to the old record-club trope that doesn’t really work in the brave new internet based music industry. Excited to be part of it, but also excited to see what comes next..

What made you decide to release ‘The X and The O’ EP so soon after your last album?

Eh, it doesn’t feel so soon to us! The album had a longer gestation period; with this EP we sent the masters off and announced it a couple of days later. It makes a nice coda to the record proper, and it felt right to put it out at the end of the tour as opposed to sitting on it, which would probably been the smarter career option. There’s always more songs to be written…

I love the idea of each tape coming with a custom Lewes Herriot piece, what made you decide to so this?

Aha well these pieces aren’t exactly unique, tho they will be: it’s a sticker of the EP art with ink that vanishes when it gets damp; the idea being there’s no way you’ll be able to keep it in perfect condition and thus you’ll appreciate it more for it’s temporal nature. Mono no aware, in action.

We have done plenty unique releases in the past tho. We probably peaked with our first alcopop EP, 500 individual 12″ sleeves that took two whole tours to finish. We are experts in retrieving lost sharpies under van seats.

How was the tour?

Tour is over. Still decompressing pretty hard, having to cook our own dinners etc. But yeah, it was super fun. Met some new friends, got to see some old friends, got stuck in a field, then a lake, then a ditch and played some shows we’ll remember for a long time. Pretty standard autumn!