Izzy Stylez From More Than Most Takes the A-Z Questionnaire

‘More Than Most’ are a five-piece alternative/rock/electronic band hailing from London, UK. Gareth caught up with Izzy Stylez as he answered the A-Z questionnaire for More Than Most! 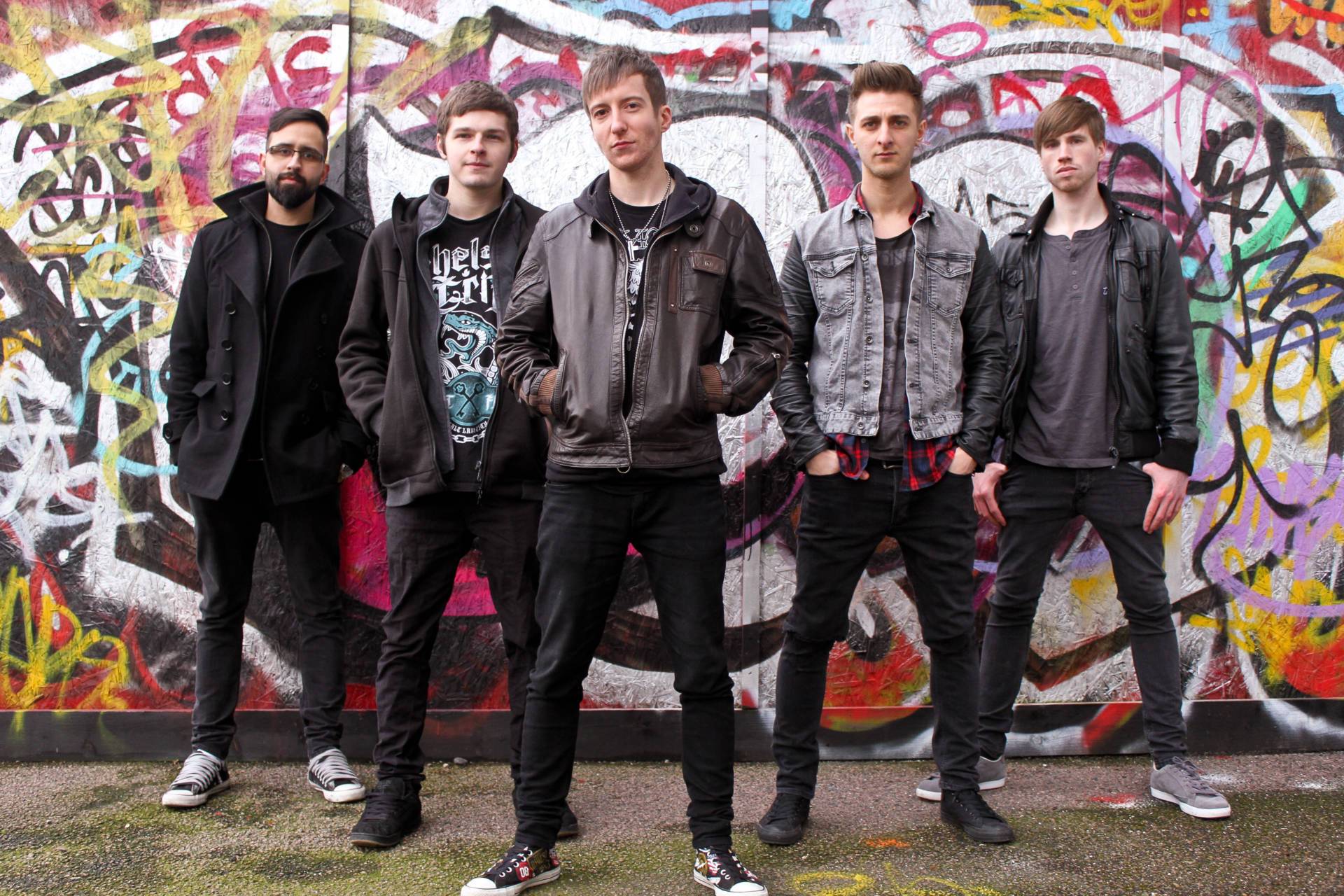 ‘More Than Most’ are a five-piece alternative/rock/electronic band hailing from London, UK. The city provided the perfect platform for the individual members to come together from all over the world, and create meaningful, powerful and energetic music.

Leandro Leonardi (Guitar) moved to London from Brazil to pursue music, Mok Saib (bass) journeyed from Algeria, and Cole Solem (drums) arrived from the USA! They joined Izzy Stylez (vocals) and Daniel Allan (guitar) – the two UK based members – to complete the line-up.

More Than Most began writing and recording immediately – first, recording ‘Remember Who You Are’ and ‘You’re Not Alone’ with acclaimed producer Justin Hill (Young Guns, Bury Tomorrow, Heart Of A Coward). After releasing these singles – they returned to the studio to record ‘Save Me From Myself’ and ‘Nightmares’. These four tracks would form debut EP ‘Impossible Is Temporary’ which was released on January 16th 2015 in conjunction with their first ever show – a sold out o2 Academy Islington 2 Show supporting ‘Dirt’.

Since then – The band have never looked back – building a wonderful, dedicated fan base, securing slots at both Takedown Festival and Camden Rocks Festival – and London Headliners at both Surya and o2 Academy Islington 2.  Their video for ‘You’re Not Alone’ has also been picked up by Scuzz TV and played out multiple times on ‘Scuzz Underground’. We caught up with Izzy Stylez as he answered the More Than Most the A-Z questionnaire!

For me, it was a song called “You’re Not Alone” by an American pop-punk band called “Home Grown”. I was suffering from a bad spate of depression at the time and the chorus just hit me – the thought that there were other people out there like me really helped – I wasn’t a freak for feeling low – I just had to learn how to deal with it. Such an uplifting song and a truly underrated band.

Nothing that exciting – just pizza and as much beer as we wanted to drink, but to be honest, is there a better combination than beer and pizza!?

Playing Takedown Festival on the same bill as Mallory Knox has to be up there! After winning the Unsigned Competition to secure a prime-time 7pm slot at the festival (which involved rounds of fan voting and a judges panel), we were blown away by the support we got there! We have a lot of people to thank for that opportunity – a really top event! The fact that we’re regularly being played on Scuzz TV – a channel I grew up watching – is also mind-blowing!

Whatever you conceive and believe in you can achieve and the only limitation is the passion for what you need.

I never find a song easy to write. Though I wrote one recently which just flowed onto the page – I’ll keep the details of that one to myself for now 😉

Feed The Fire – we all get to jump around in this one. Jumping makes me happy. Also I get to do some fast lyrical harmonies with my boy Daniel Allan (Guitar) – Love that bit!

Ollie Sykes or Jared Leto would be SICK! Though I know Cole (drummer) would quite like to do something with Lyndsey Gunnulfsen from Pvris – our American boy is obsessed!

Compromising! Every single one of us in More Than Most works so hard to push the band forward, and we all have our own visions on how best to do this – but we’ve learnt that acting as a democracy and sometimes swallowing your pride is the best thing to do. It’s worked for us so far! We couldn’t be happier with how far we’ve come in such a short time. 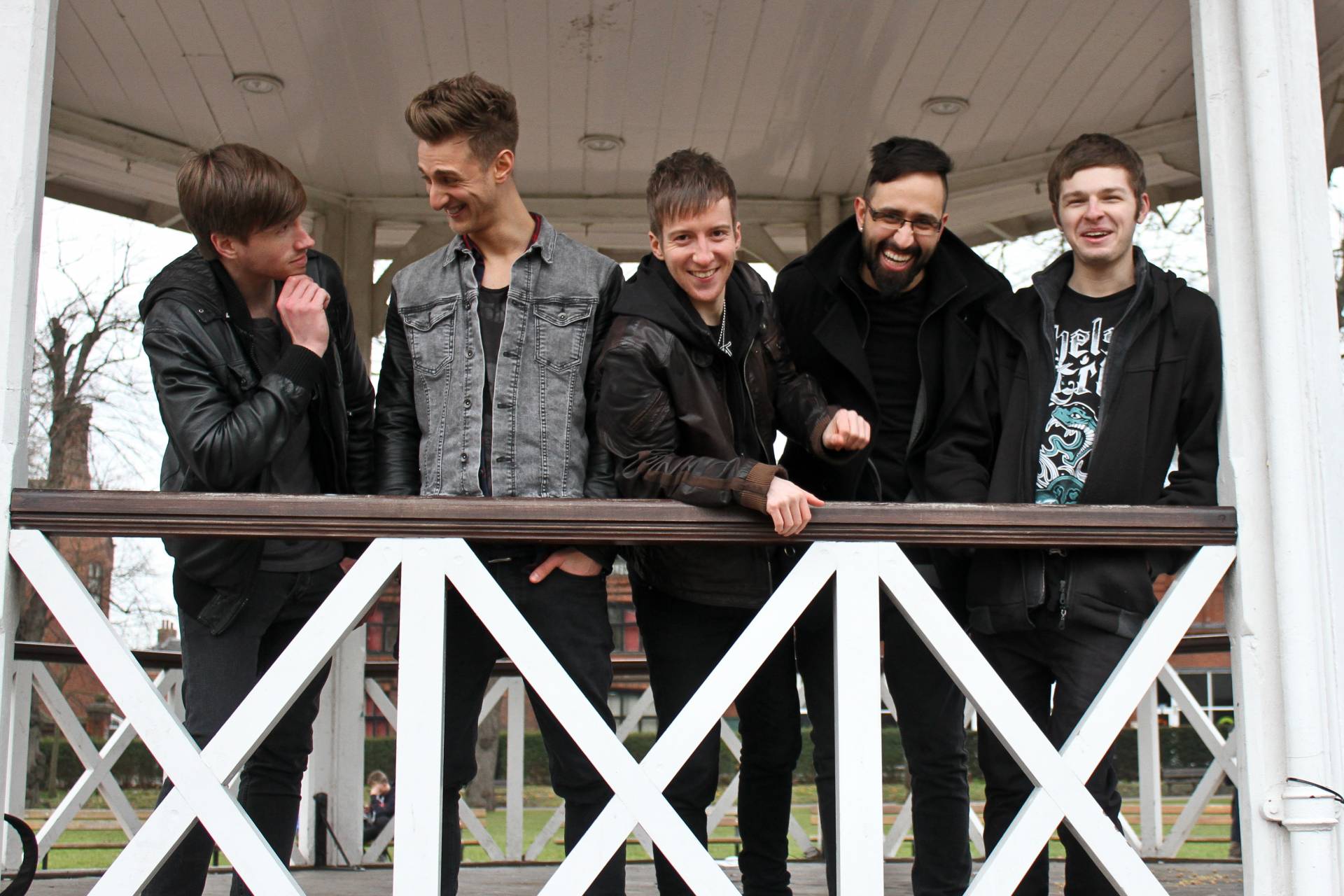 We all have pretty interesting backgrounds, but I would go with Mok (bassist) being a pop star in Algeria as being quite a notable one. He’ll claim he’s not, but the Algerians go crazy for his husky dulcet tones – he writes ballads in his solo project – but don’t let the fact that they’re not in English put you off! Great tunes. I recommend “Fatou Liyem”. Actually, I’m going to cheat here and give another interesting fact. Readers did you know that Cole travelled all the way from the US to London just for a drum audition for More Than Most because he loved the video for “Remember Who You Are” – what a legend!

We have a lot of in-jokes with the band. Most of them come from Leandro (guitar) – constantly pulling practical jokes! Most of the verbal jokes are usually about Mok – for example he gets called the Giraffe because of his long neck – and is constantly compared to Sid from “Ice Age” the movie!

Don’t be too precious and be patient. The standard More Than Most recipe for song writing starts with Leandro creating a demo track with guitars and electronics. I then come up with the lyrics and vocal harmony – usually creating something that Leandro hadn’t envisioned when he wrote the demo. Then the rest of the band have their input at practice and then the producer usually tears it a new one too! As long as you are happy with the end result that’s all that matters.

120 miles to Southampton so far, but we’ll definitely be branching out further over the coming year!

Me personally it would have to be Jonathan Gaskin from Fort Hope. I saw him play a show in Bedford with my mate’s band Gold Skies Ahead before More Than Most began. He has the most amazing live voice I’ve ever heard. I said to myself then that I wanted to be in a band and play with those guys one day. I sort of achieved that with More Than Most at Takedown Festival, but would love to go on tour with them and do it properly.

“They Say Fall” they’re awesome! Great vocals and screaming – played with them recently when we headlined a sold out O2 Islington Academy 2. They are top bunch of lads too. I would also check out the “Fallen to Flux” lads – they have some BIG tunes. Got a lot of love for those boys.

Right now, where we’re at – I think Mallory Knox would be the dream. I think their fans would take us to their hearts and I love their new album Asymmetry.

That’s a hard one. Germany, Italy & Japan are all on our radar – but it would have to be the US!!

Our debut EP is called “Impossible is Temporary” – It’s in the lyrics of the first track we wrote together “You’re Not Alone”; it encapsulates positivity through adversity and reaching for your dreams – it’s never too late. That’s what we’re doing and we want to inspire others to do the same.

A show near you! We’re currently firming up some dates and want to visit as many of you as possible. Let us know if you want us to come to you! 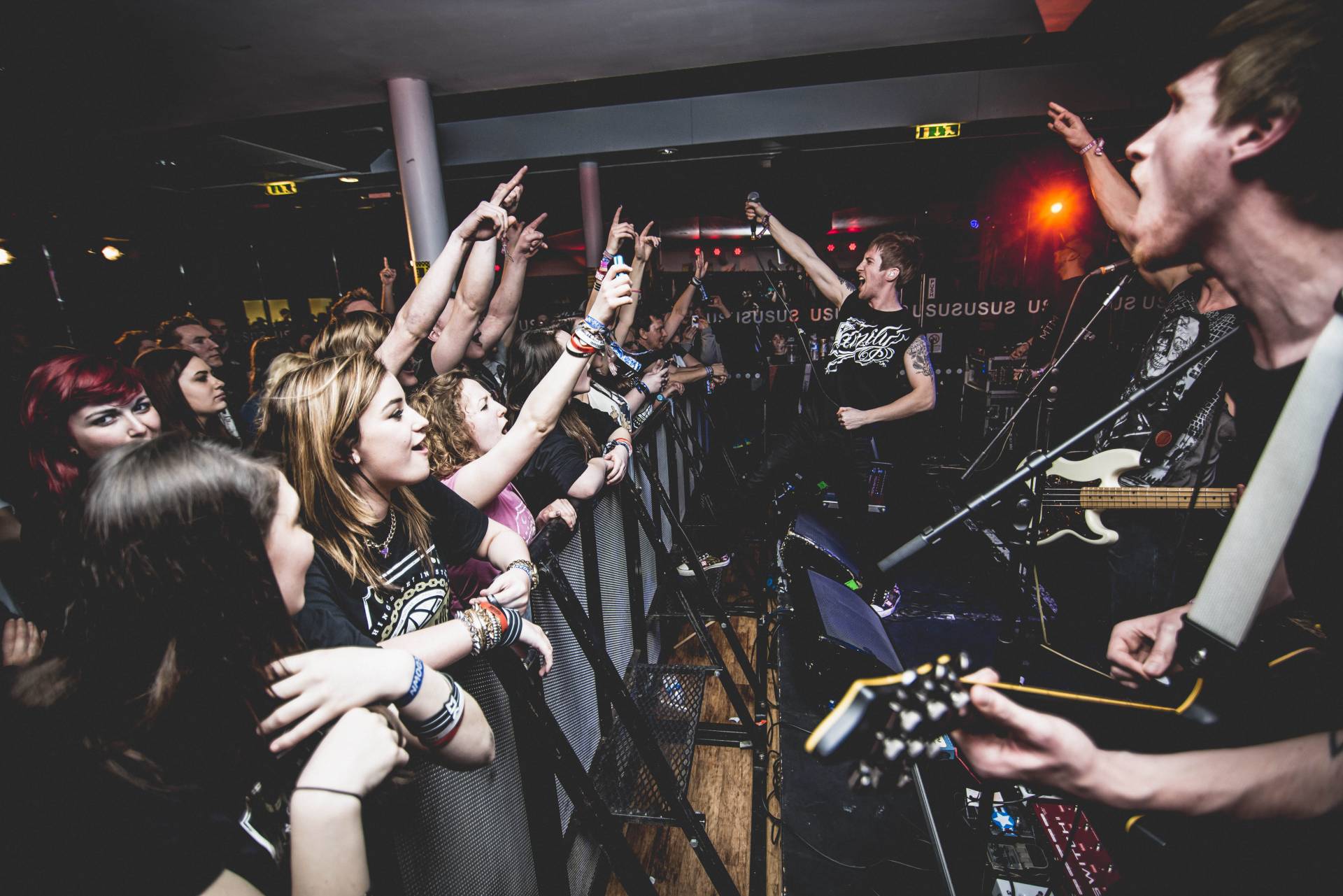 I think there’s always going to be a nostalgia associated with bands from the past – they are the building blocks of anything current – but is it better? I don’t know. Though I will say that it feels so much more saturated with bands than it seemed to in the past, and I wish there was more money in music these days.

Like I said with the writing process – there’s already enough variation! But I’d love to write an acoustic album one day.

Everything. Without fans a band goes no-where. We honestly do have the best fans in the world – they’ve carried us to so many exciting places already and they work so hard for us! I love them all. Next step – let’s make some more! The #MTMFamily is waiting with open arms!

Giraffe…erm I mean Mok has done his back in – though I’m not sure it’s solely band-related. He’s on the mend though. Other than that *touch wood* we’ve all been pretty lucky. Mok’s nearly knocked my teeth out with his bass on stage before though – he really goes for it when we play live!

We’re all pretty good with timing – and are never late for a show. Part of the reason for this is because Dan is a total boss when it comes to live shows. Not only does he arrange getting the equipment to pretty much every gig we have done but he also organises us and reminds us repeatedly when load-in, sound-check and stage times will be!

Well we recently recorded with Feed the Rhino bassist Oz Craggs down at Hidden Track Studios – he is a bloody recording wizard btw (and the nicest guy), so I was contemplating the Rhino……BUT COME ON – got to side with my homie Mok Saib and go with the Giraffe for the More Than Most animal! Where dem leaves at!! 😛