Gloucestershire melodic hardcore/alternative quartet Ivory Cross recently rebranded from their 2013 incarnation of Halfway To Nowhere. The youngsters have gained a good following around the local area, playing shows with fellow Gloucestershire quartet Elessar among others. The band have recently released their first single under their new name For Your Honour which is today’s track […] 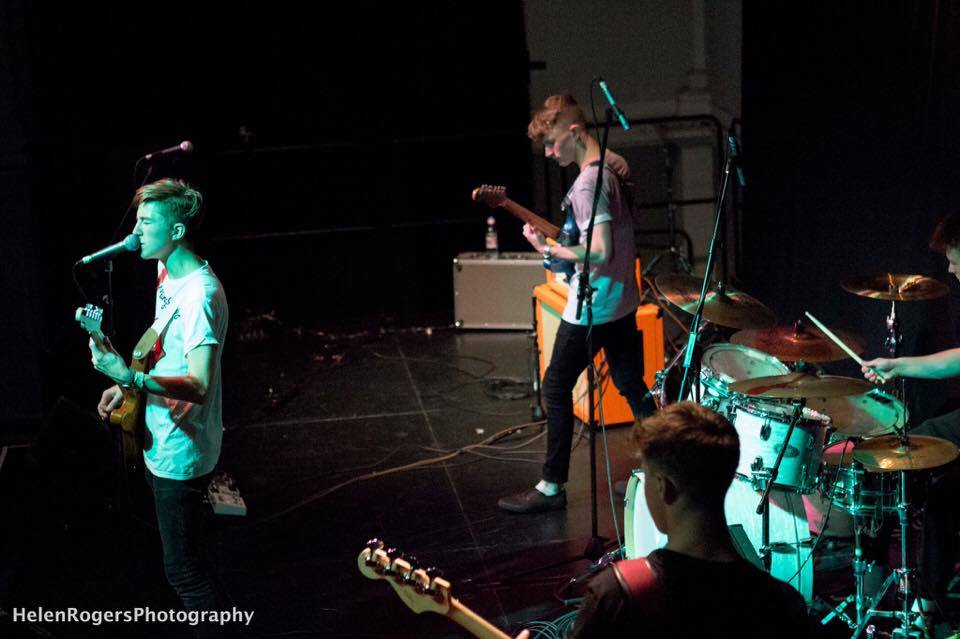 Gloucestershire melodic hardcore/alternative quartet Ivory Cross recently rebranded from their 2013 incarnation of Halfway To Nowhere. The youngsters have gained a good following around the local area, playing shows with fellow Gloucestershire quartet Elessar among others. The band have recently released their first single under their new name For Your Honour which is today’s track of the day. We asked the band to take on our A-Z challenge!

Make It Up As You Go by ACODA, the song has everything from riffs to huge choruses, banger.

Being 17, free cokes was the best yet.

We played a headline show recently after we’d released our first single. We played the song last and everyone sang it back to us, it was quite surreal.

Year by year the flowers settle on the stone, your cries are softly silenced by the ground below.

For Your Honour, George presented the song to us without lyrics a few days before we went into the studio, we then finished vocals the day before, and had the finished product in two days. It all came together so well.

I Can All But Try, it’s our opener and we are hoping to release a version of it soon.

Sam Carter, as it would give us an excuse to write a really heavy song.

Not having enough money for gear.

George has a distant, but direct relation to Robbie Williams.

We have an Irish super-fan who has never met us nor seen us live, and prior to us releasing music declared us as her favorite band.

London, we drove down to Islington to play at the O2 Academy a year ago.

The 1975, George and Pat went to see them last year in Cardiff. Everything about their show was phenomenal, but speaking in a musical sense, the direction they have taken with their music and the production on their records influences us to create music that’s individual and euphoric.

Boston Manor, they just write such easy listening songs that you can put on whenever.

Crooks UK as they are probably our collective favorite band.

Europe, as our music would hopefully be well received.

It’s not bait unless you make it bait.

It’s about someone who treated us very poorly, and it coincides with a metaphor we play with in the song which is a courtroom, so ‘For Your Honour’ is referring to the that, it needs to be contextual to explain it properly.

Yes and no, music has advanced so much and is so much more polished nowadays, however the impact musicians could have on crowds and people in the older days was much more powerful.

We don’t have an merch as of yet, however our favorite unusual merch is Don Broco’s line of tea and mugs is brilliant.

We are working on a variation of our single, ‘Holding Back’ (which we released under our previous name) for our live show now.

They are what motivates us to play, aside from our love of music. It’s the best feeling when you can get such a positive reaction out of someone just by the music you create.

George cuts his fingers on his strings from time to time, so nothing more than plasters.

George, he’s always in the shower before we have to leave.

Polar Bear, as its our favorite animal and Joe looks like Bernard the Polar Bear, from the cartoon.