Manchester rockers Iodine Sky have just released their debut album Tides. The quartet have two things in mind which are to ‘go hard or go home’ and to ‘make amazing memories for themselves and their fans’. Since their 2013 formation, the band have worked hard to create and hone their sound, working with Creed’s Brett Hestla impressing the legendary bassist so much that a trip to Florida for the band’s frontman Aaron to feature on Brett’s solo album followed! 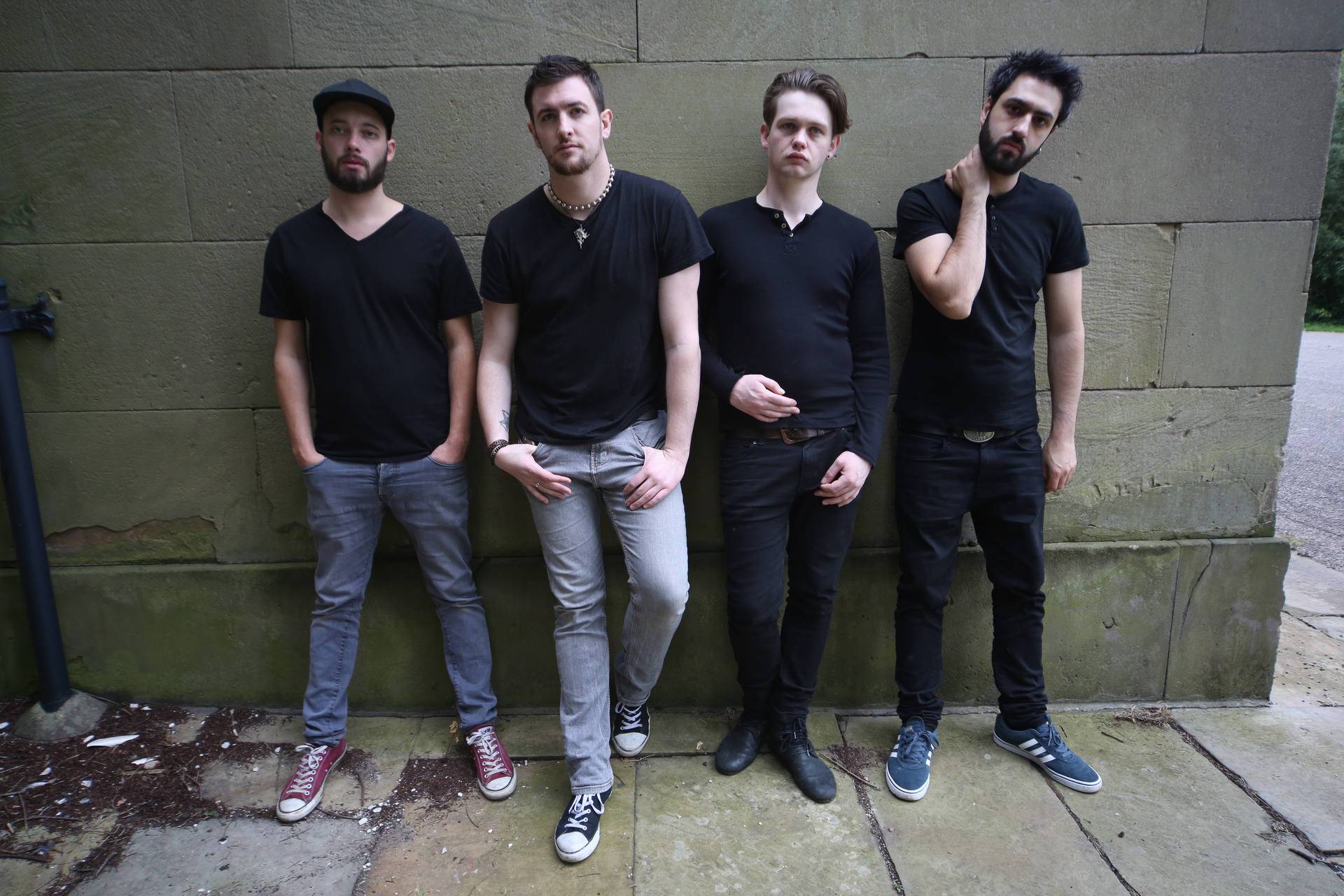 Manchester rockers Iodine Sky have just released their debut album Tides. The quartet have two things in mind which are to ‘go hard or go home’ and to ‘make amazing memories for themselves and their fans’. Since their 2013 formation, the band have worked hard to create and hone their sound, working with Creed‘s Brett Hestla impressing the legendary bassist so much that a trip to Florida for the band’s frontman Aaron to feature on Brett’s solo album followed!

We challenged the band to take on our A-Z questionnaire;

Is there better than crates of beer and fuel money?

Flying out to Florida and featuring on Brett (Creed / Dark New Days solo album) with guys from Alter Bridge, Evanescence, Sevendust featuring on it as well.

Broken Cross – Have you lost your faith, tell me you’re not losing belief in your religion, if it’s not the same, tell me I’m not the Martyr you prayed for, as I lie on my Broken Cross.

It uses religion as a metaphore for the boundless love someone has for you, one where they are so blind to your flaws that they will only end up hurt. We felt like miost people have had a relationship like this.

Who knows you – 3 chord wonder and it’s acoustic.

Juggling all the members responsibilities with gigs, work and practice.

One of us has a genital piercing, not going to say who though…..

Put your soul into it and jam it out as a band.

Does Manchester England to Florida count?

Would have to go with have seen live otherwise it would be too difficult but Chris Cornell at Download. The man just sings from his soul and seemed truly grateful for the fans watching him.

The good lads of Earthside for the USA and Autumn Ruin for the UK.

Japan or the USA.

If you don’t get chills listening to your own song, then keep working on it

We felt the idea of Tides, going back and forth and bringing a new form every time was appropriate for the bands history

None yet but thongs have always sold well.

Acoustic versions for any of them.

The world, one person that says it’s helped or they connect with it makes it worth it.

No we’ve been well behaved so far

Penguins, lovable and underestimated until you see one headbanging and then the crowds come.