Constructed with the talents of Kieran Hylan (Vocals), Alex Edge (lead guitar), Josh Taylor (rhythm guitar), Zak Taylor (Bass) and Jake Oseland (Drums), Coast To Coast are excited to announce the release of their second EP “The Length of a Smile” in March and so, released a brand new video for a single off that album.  […] 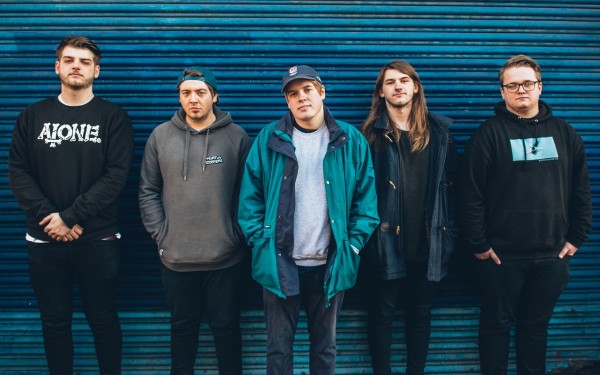 Constructed with the talents of Kieran Hylan (Vocals), Alex Edge (lead guitar), Josh Taylor (rhythm guitar), Zak Taylor (Bass) and Jake Oseland (Drums), Coast To Coast are excited to announce the release of their second EP “The Length of a Smile” in March and so, released a brand new video for a single off that album.  With this, we thought to have a chat with the band about the new album, working with top producers and talk about their upcoming tour!

Firstly, for those who do not know you yet, would you explain who you are and what you’re about.

Alex – We’re Coast to Coast from Birmingham, we have a new EP coming out very soon and we play lots of happy sad music.

The video for ‘Post Graduation’ was both produced and directed by Henry Cox (vocalist, Boston Manor), how did you find it working with him on the video?

Alex – Working with Henry was great, he really helped us shape the idea we had for the video. We shot our bits over a day in Blackpool and he shot the story parts separately. It really came together really nicely.

From the new EP, personally, which is your favourite song individually?

Kei – My personal favourite song changes from time to time but at the moment it is probably Heredity. It’s a very personal one for me and I think it’s a bit different to the rest of the EP.

Zak – Ajax was the first song that I wrote with the band after I joined, and I still really enjoy playing it. From the newer ones, I’d say Heredity.

Alex – I’m loving Geranium at the moment, I think it’s the hardest hitting track on the EP.

Taylor – It’s got to be Stale for me!

Jake – Geranium is the one.

You’ve released both EPs through Fox Records, how has working with and releasing music been through them?

Kei – Joe at Fox is the best guy. He works effortlessly to support the band and we wouldn’t be where we are without him.

Zak – It’s a super chilled out relationship between us and Joe, he’s coming on the Fox tour with us in April so that’ll be sick!

For this EP, you’ve worked with record producer Ian Sadler, How was the experience of working alongside him?

Kei – Ian worked on our debut EP and it was such a positive experience we wanted to go back. Knowing a producer already really helps the recording process as Ian knew exactly what we wanted and he was determined to push us to our limit in order to create something special.

Zak – Ian is the master of all bass tone. We had a great time working with him and he really helped to shape the songs into the best they could be.

Alex – Going back to work with him for “The Length of a Smile” was a great decision, it was such a great experience, we all knew each other and where constantly laughing and joking.

In April, you’re going on tour with Better Than Never (Fox Records) in support of the release for the new EP, how excited are you to be on the road?

Kei – Being on tour is one of the most fun aspect of being in a band. Seeing people all over the country know our songs, even if it’s one or two people is really magical.

Zak – Yeah, I can’t wait to get back out there with all the new songs in the set. We went on tour with Better Than Never last year and it’s always a laugh with those guys.

Lastly, why do you think people should check you out if they haven’t already?

Zak – I think people might be interested in a band that’s trying to do something a little different with the emo/pop punk genre.

You can check out Coast to Coast down below: