Interview With This Burning City

Brad spoke to Alternative Hardcore band This Burning City about their formation, their new EP and what advice they would give to upcoming artists. 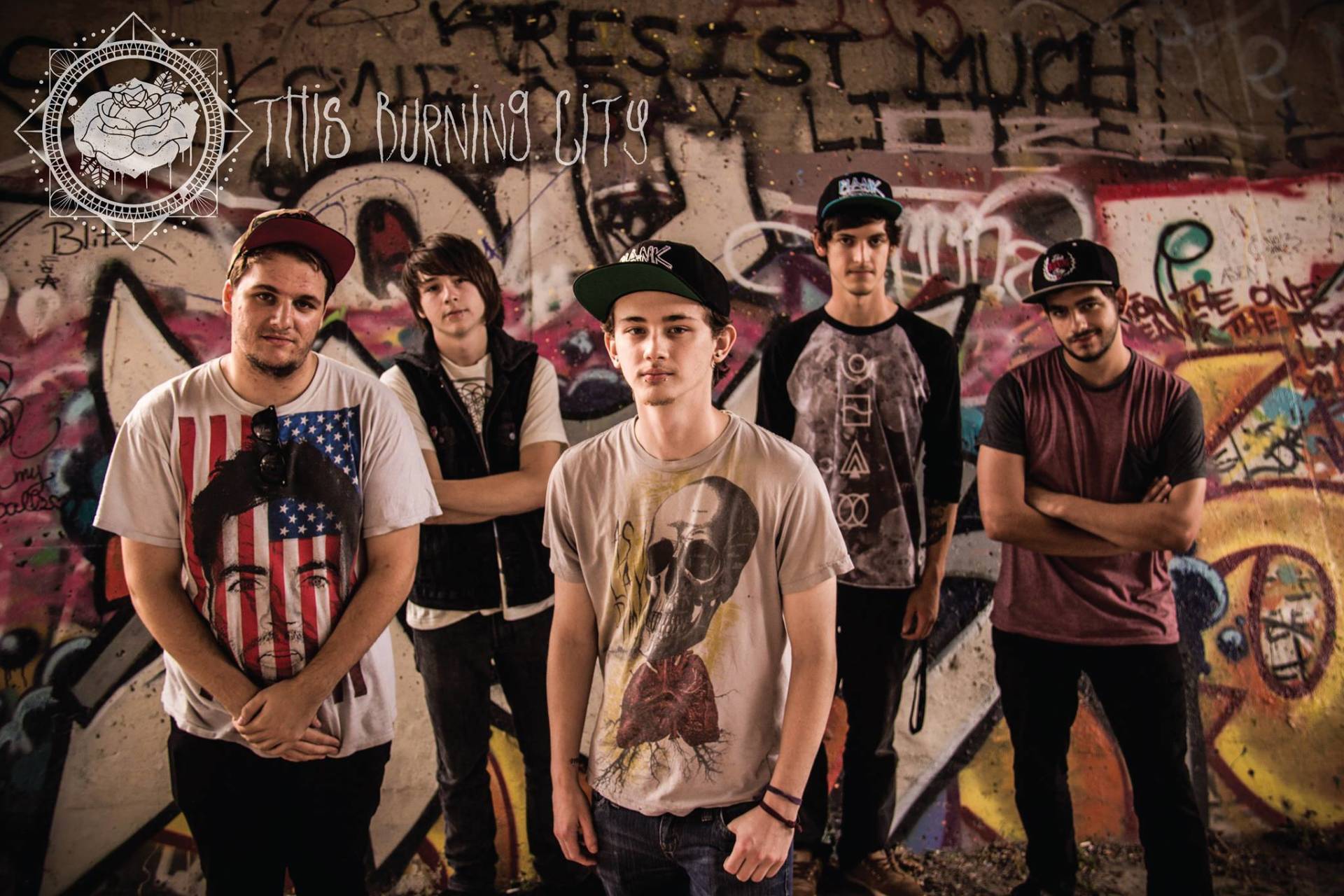 Hello This Burning City How are you today?

Hey there. Not doing too bad. Always having a good time.

How did you the band form?

This Burning City formed in 2012 coming from the small town of Gananoque. Back then, the band kind of came together less as something serious, but more of a “Let’s get together and jam” kind of thing. So a bunch of kids that went to school together all their lives decided to piece together this hardcore band and we’ve been going ever since. To this day we make loud noises in a smelly band shed. Nick wasn’t a part of the original ensemble but we picked him up later and he’s been a big part of the crew since.

We chose our name out of desperation and a need to have a way to identify ourselves haha. To be completely blunt, we hate the name but we’re in too deep with it and ultimately we don’t look at it as what defines us, but rather a way to identify who we are. Plus anyone that knows us is well aware that we hate it, and I think it’s all a part of our gimmick. This burning City was going to be a song name once upon a time, but we decided it would work as a band name and just rolled with it.

It’s frustrating, and I know I speak for a lot of artists when is say this, because sometimes you just don’t know where you sit. People get so worked up about what genre you are that they forget that it’s about the music and not some arbitrary title. Don’t get me wrong, I get the use of it and it makes life so much easier to find what you’re looking for in music, but when people start arguing over the details of a genre it gets old. We just call ourselves alternative hardcore and hope its enough to avoid dispute.

Well we JUST released our EP title “Blinded”, and that was very exciting for us to release. We spent a long while working on that EP so getting that out there to people is our big current step. Looking forward, we’re working towards a full length album. We’re just working out a direction right now I guess. We’re always getting better and better so it’s safe to say that you can expect bigger and better!

Like a lot of musicians in our situation, you don’t really go into it too far ahead of yourself; It’s a tough genre and hard to break into. We started off just wanting to get together, hang out, and just have some fun. Progressively we got more and more excited and the possibilities of bigger stuff excited us, so naturally we started aiming higher and higher. Staying humble is key, and small victories are what keep you going.

Commitment, dedication, and a great group of people is all you need. Everything else you’ll learn as you go. If you’re having fun doing it, and the people around you are having fun with it, then you’re probably on the right track. Soak in the small victories and you’ll always be successful in your mind.

Headlining a sold out world tour. Nah I kid, I think if we’re still recording and touring in 5 years time, that’ll be enough for all of us. We don’t want too much, just to love what we do and do what we love I guess.

Matt Tobin of Ritual. You can look at any other interview of us and see that we all clearly have some obsession with the dude. We look up to the guy and are inspired by the music he writes, and if he ever featured on a song with us we wouldn’t know how to handle ourselves.

Well unfortunately we don’t know all too much about Spotify, and so far it hasn’t been much of a hinderence to us. Our music is local, and grows by word of mouth. Maybe one day it’ll be a problem, but for now we’re safe.

Oh of course. Come out to a show and hang out and you’ll see that the music we listen to isn’t exactly the same as the music we write hahaha.

Nick doesn’t know how to play bass he just looks pretty so we kept him around.