Interview With The Reckless Youth

On their first UK headline tour, our Gareth caught up with The Reckless Youth in Glasgow. 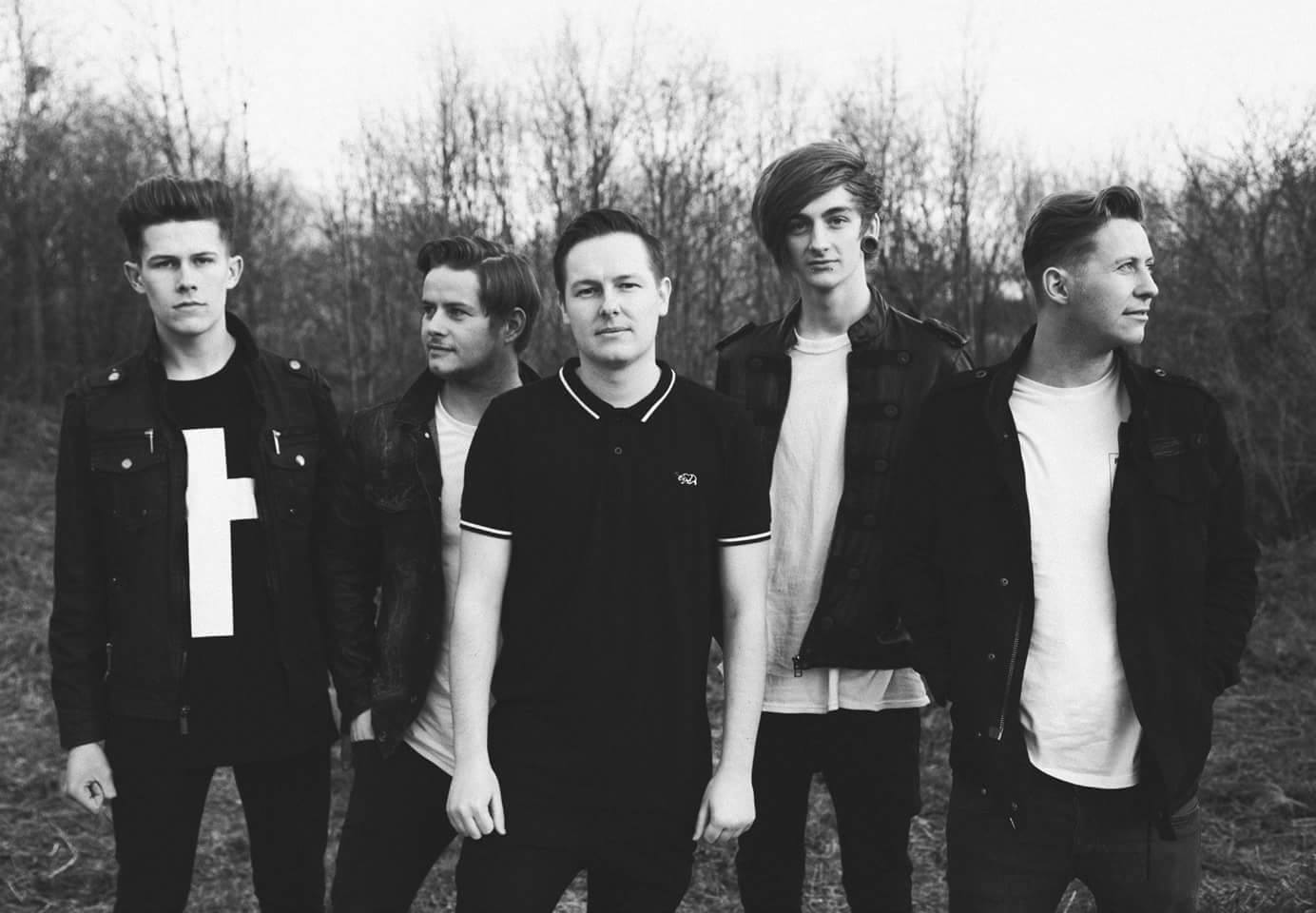 On their first UK headline tour, our Gareth caught up with The Reckless Youth in Glasgow.

So how are you guys today, are you alright?

So this is the first date of your headline tour and you are playing Glasgow. Are you excited or nervous?

So for those that have never heard of your band, how how did you become a band and how would you describe your sound?

Harry Pentony: basically we were in to different bands before. Me and Harry were in a metal band. And these three, Leon, Ash and Kyle were in a well..
Ash Wright: A tribute band.
Harry Pentony: A lighter rock band.
Leon Harrold: Pop Rock.
Front Middle: And things just when like; We wanted to play with each other for ages. So we were like lets do it. Lets go for it.
Kyle Harrold: We have know each other for years.
Harry Pentony: We use to play with each other you see.
Kyle Harrold: In guilty tribute bands pushing five years now. We first tried out in band practices and then got together. I first though this was going to like a right racket.
Ash Wright: We were all like “What is this going to be like?”
Leon Harrold: We were quite surprised in ourselves.

So you have been going as a band since March this year… Did you ever think you would be playing Glasgow so soon?

All: No, its bee crazy.
Harry Pentony: To be honest we set ourself a mission as we book a show at the O2 in Leicester. And the mission was to get a steady crowd for that and seven or eight song ready for one gig this year, just to show people what we are about. We have ended up recording two singles, coming on tour. We played at the O2 and did all right there and now we are a fully operating band. Its crazy, the response we got on twitter kind of took over the decision on whether we should stick to our own city or whether to go around and do it. They kind of made that decision for us. Thank you guys.
Leon Harrold: We wouldn’t be anywhere without the support.

I first fell in love with live music when I was at De Monfort University in Leicester as a student thirteen years ago. So how is the music scene now in Leicester?

Harry Pentony: If I am one million percent honest with you. The quality of the bands has never been the problem. It’s just the scene itself can struggle some times. Very few bands work to take people to the shows. We always try and push that little bit extra, get people there to support the band and the support bands. There are a handful that do that but, a lot of the time. Like I say there is still a scene and the quality of the bands is really good but, at the moment venues are struggling, which makes band struggle. It’s like a viscous circle.
Kieran Langley: Even like the Shed, I am sure you have heard of it (I nod). Everyone knows the Shed and they saying recently that It has been really hard recently to get band to bring fans.
Ash Wright: It’s really annoying, cuz when we were younger, me and Harry. We started in bands when we were twelve and the Shed really help us. And now its really scary. People like us now, like when we were young won’t have that.
Leon Harrold: Its a real shame, cuz like Ash said, the quality is so high in Leicester, but we have other bands,  not digging at other band but the scene is slowing down.
Harry Pentony: It is slowing down a lot.
Ash Wright: It is more the people who use to go to gigs, they have slow down. Rather than the bands, the bands are pushing.
Harry Pentony: People don’t seem interested.
Ash Wright: Its too easy watch X-Factor on TV with a Chinese these days.

You mention that you are doing this tour because of Twitter pushed you to do it. How important is social media to you guys as a band?

All: Massive
Harry Pentony: That is literally the thing that has taken us and making us be able to get our music out there.
Kyle Harrold: It has pushed us.
Harry Pentony: Yeah, People reach out to us.
Ash Wright: We have people who are getting in touch telling us how much our music means to them.
Harry Pentony: Yeah, that is way twitter is so good, our music can get to anyone. Not just friends or people who know of you. We get messages like; come to Alaska, come to Australia, France, we get messages from everywhere.
Leon Harrold: Even labels are saying now “Because of social media, bands are starting to make it on their own.” You don’t all ways need them. You then don’t feel so pressured to go and get signed. You can do it on your own.

I like to end the interview with a few silly questions: So which do you guys prefer: Crowd Surfing, mosh pits, circle pits or wall of deaths?

Kyle Harrold: All of them at the same time! One bid of the crowd doing there own thing.
Leon Harrold: If i had to choose I would go for crowd surfing.
Kyle Harrold: Depends who is crowd surfing?
Ash Wright: Crowd surfing.
Leon Harrold: Crowd surf is quite nice.
Kieran Langley: I don’t as I am from a heavier scene I would say mosh pits and wall of deaths are my thing. Mosh pits can be crazy.
Harry Pentony: I thing is more a fact of seeing people enjoying what you are playing.

Kyle Harrold: That is a hard one actually.
Leon Harrold: Well our drummer…
Kieran Langley: Throw me under a bus! These three can fight it out between them (points to the guitarist).
Ash Wright: It wouldn’t be a base solo put it that way.
Harry Pentony: I am a guitarist but I definitely love a drum solo.  I think it is much more effective, you see what I mean (gestures to his other band members). When you see some one listening to a song and they are like making drum movements…
Kieran Langley:  The expression?
Harry Pentony: yeah, the “look at this”
Kieran Langley: I love both to be honest but, in our band I don’t think we do either. Because I can fill in, not so much a drum solo but I can really be enjoying playing this bit that gets me into it. With guitar solo we have the calmer sort of fiddly bits. I would say we solo as a band and I don’t prefer either and it wouldn’t suit our style. They are cool and I do enjoy watching drum solo.

Three hand in the air for Nandos.
And two for Dominos.

Thank you guys for taking the time to speak to me.