James, Eva and Tom from Mathcore heavyweights Rolo Tomassi had a chat with Brad at this years Takedown Festival 2015 in Southampton. 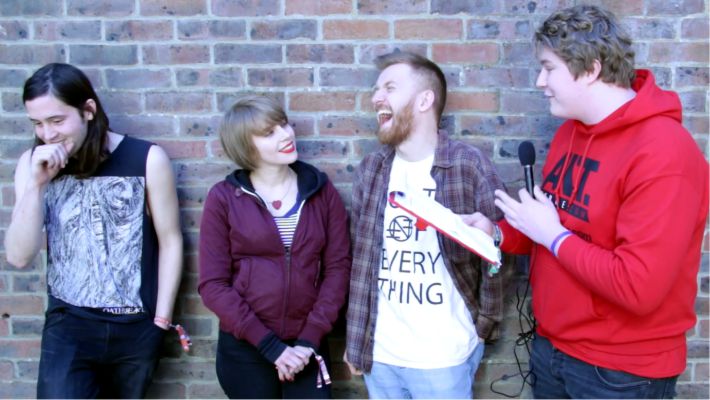 It’s scary to think that Rolo Tomassi have been a band for 10 years this year and, my word what a career they’ve had. To date they have released three albums that have certified them as heavyweights amongst the ‘mathcore’ genre and with fourth album ‘Grievances’ out in June, 2015 could see Rolo Tomassi return to their perch as champions of UK ‘mathcore’. Their live performances are nothing short of epic and they completely blew away the crowdson the District stage at Takedown Festival 2015.

James, Eva and Tom from Mathcore heavyweights Rolo Tomassi had a chat with Brad at this years Takedown Festival 2015 in Southampton.