Q&A with Montrose before ‘Monster Under The Bed’ Release

Montrose are on the verge of their second studio release ‘Monster Under The Bed’ – so we caught up with them for a little Q&A to see what they are all about! 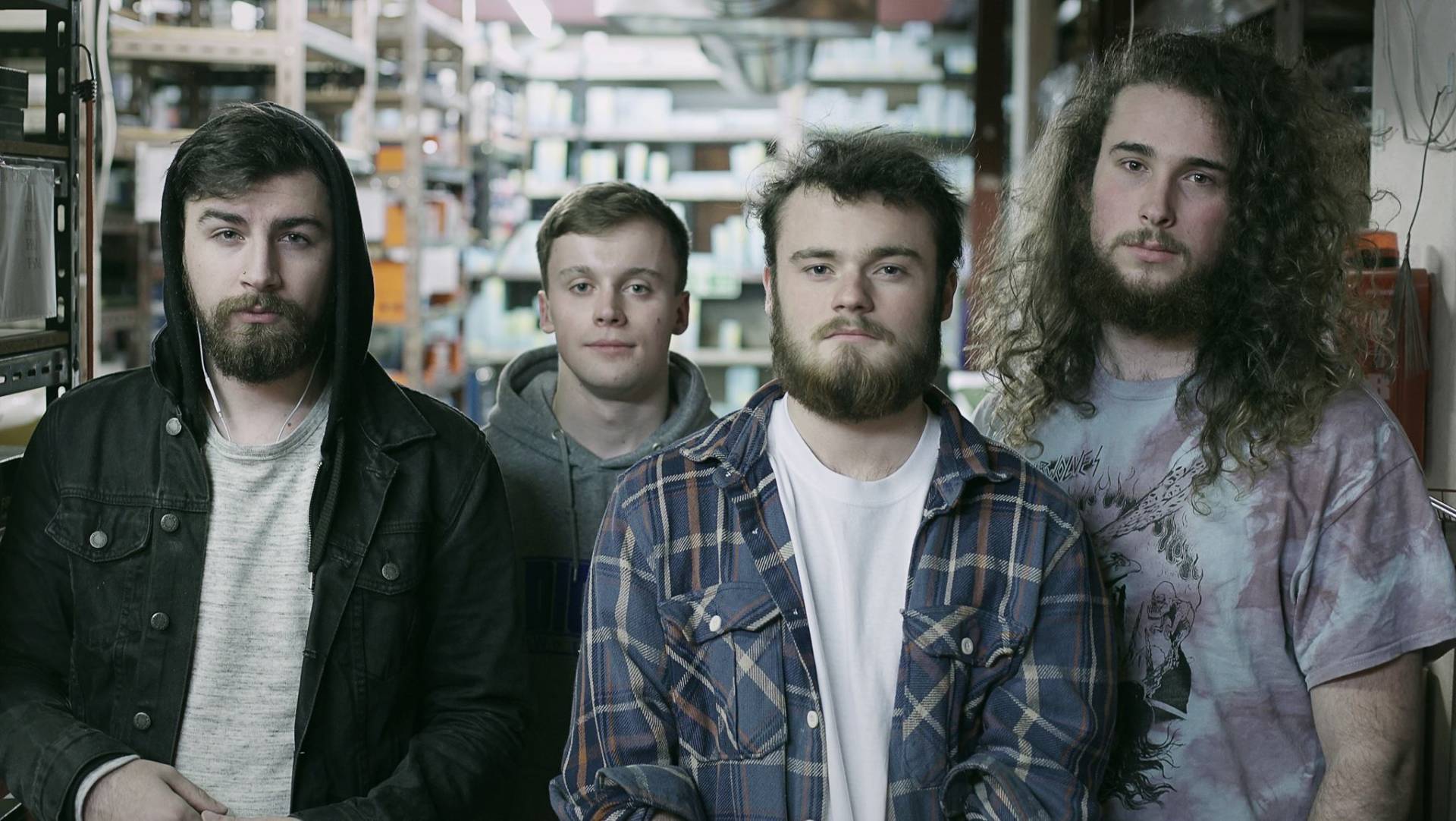 We caught up with Montrose, a four piece alternative melodic pop punk band from just outside of Bristol for a little Q&A. Montrose are on the verge of their second studio release ‘Monster Under The Bed’ (Due 29/03/15). And it sounds great (thanks for the preview guys!).

“We’ve finally found our sound and have had a lot of fun exploring that!” – Jason, Montrose

Hi Montrose, who are you and how did you meet?

Yo! We consist of Jason Bishop (me) on vocals, Sam Chard does all of the guitar work, Ben Curd plays bass and Jake Matthews bangs the drums!

Me and Sam helped start the band a couple of years ago, and we knew Jake and Ben as they came to our shows in the early days, so when the spaces came up, it was really cool to be able to have them in the band!

Why did you call yourself Montrose?

It was actually our old guitar player Ash who came up with the name, he said it’s from the Man Overboard song, and we thought the name had a good ring to it. (We then found out about the old californian rock band with the same name, haha but we’d committed to it at that point!)

What does being in a band mean to you?

Well for me personally, being in a band is the perfect way to get out my frustration, you know? When you’re having a shitty day, and you write a song and then you get the chance to play those song with your best friends, there’s just nothing better.

So, you are releasing a new EP – tell us what we can expect and what is different from your first EP ‘If Only You Knew’

Yeah, the new EP drops on 29/03/15 and we’re really excited! Expect big riffs and bigger choruses! With our first EP we were still finding our sound and our feet as a band. We feel like we’ve found ourselves now, so we had a bit of fun experimenting with how much we could push or own sound with this release. We played it safe with the first one, and this one is just more expressive, and we didn’t want to stick to being just one genre. We’re influenced by loads of bands, so it’s cool to have that reflected in our music.

So you have changed your line up, how did this come about and how do you think this has helped the band? (Also is it because you are trying to make a band who all have beards? Ha!)

Haha, the beard thing is just a coincidence, I swear! Also, I don’t think Sam will ever want to grow a beard so we’re not all there!

As for the line up changes, it’s gone from 5 of us to just 4, there are no ill feelings or anything with any past members, they’re still good friends of ours, it was literally a case of for their own personal reasons and preferences, they either weren’t feeling like it was something they could commit their time and energy to, so for the good of the band decided it was best to part ways. It’s worked out for the best, because we got Ben in on bass and that’s been a really positive influence. The vibe has never been so positive, and we’re more productive than ever, so I’m excited for what the future holds!

What are your favourite bands and influences?

For me personally, Alexisonfire, Emarosa, The Wonder Years, The Swellers and letlive. are really the top for me. As a band our tastes are so varied and that comes out in our newer songs! Collectively we have such a variety of bands we love, from pop punk and hardcore to more rocky and acoustic stuff too, it’d be hard for me to answer on their behalf but yeah! (Ben really digs the power ballads though!)