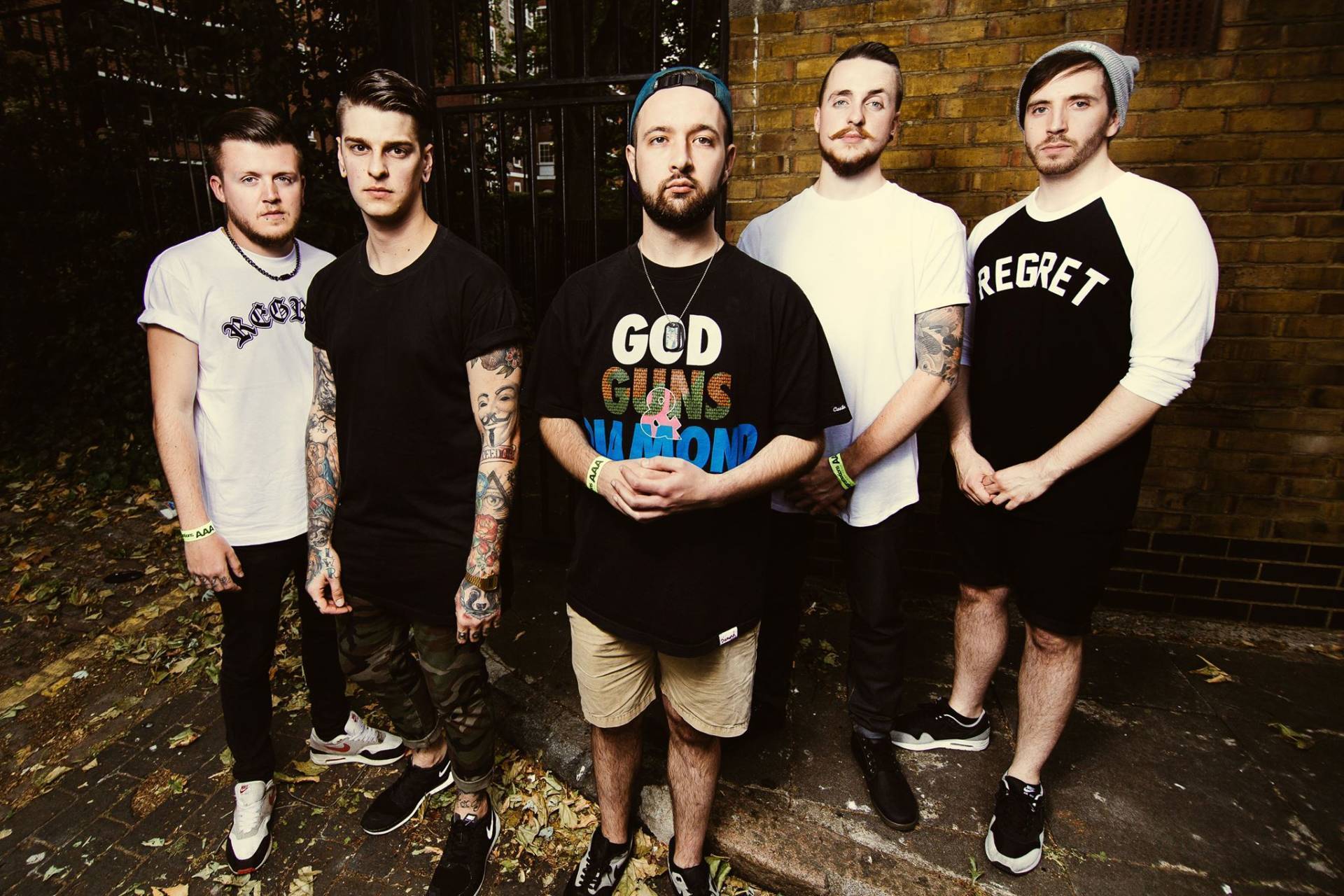 How are  you guys?

So how has the tour been going?

Ben – It’s been good. We started at polar ends of the country, starting in London and were in Leeds last night, which is my neck of the woods and now we are in Glasgow. It’s day three and we have travelled the whole length of the country.

Danny – Van(s)! both of them did, even the replacement van kept breaking down.

Your Vans broke down and on a recent EU tour you had all your equipment stolen from your van. How do you cope with something like that as a band?

Ben – Alcohol, but these guys don’t drink, so that was my coping mechanism.

Ben – I think once you have your van broken into and you lost everything. Everything else that happens…

Ben – You’ve lost all your shit, you got nothing. At least when your van breaks down you got a shelter over your head.

For those that don’t know your band or have never heard of your band, how would you describe yourselves?

Rich – I guess we are sort of hardcore and a metal fusion.

Well I saw you guys last year at Macmillan Fest (Nottingham) and for me you were the stand out band for me that year. What can I expect from  you guys tonight?

Ben – It’s much different in terms of where we are now, we are a little out of are comfort zone, as we have only played Glasgow once, which was a blast. We are just hoping to go out there and be grass roots about it all. We will just go out there and do what we do and hopefully show them what we can do. There will be lots of energy.

You guys are very active on social media with promoting your shows and everything. How important is social media to band like yourselves?

Danny -Very important but, basically Facebook is destroying it.

Rich – I think without Facebook, YouTube and stuff. We wouldn’t be touring. We would never have go the exposure to do this.

Last December you released ‘The Divide‘. Are you currently recording new material or are you concentrating on touring?

Ben – It’s done. The album has been done for for a good few months now. We are just working on when to release it.

Ben – Yeah and how. It’s a full new album, it’s very different from what ‘The Divide‘ was. The album I guess in our eyes had taken depth and is a step up.

Ben – It’s a massive step in the right direction. It’s different but it’s heavy. It’s very much in the vain of what we did after ‘The Divide‘ with ‘No Acceptance‘ and ‘The Legacy‘.

My favourite song of yours is ‘The Legacy‘. What is the story behind that song? Obviously (by listening to it) there is something behind that (song).

Ben – How long have you got?

Rich – The best way to describe by being indirect would be: Its about a situation that happened, where a certain group of people were really grinding us, trying to stop us in our tracks so to speak. The whole song is based on that but it doesn’t matter because as long as you’ve got people who are kind enough to give us their time and support for what we do, we focus on that. and not the naysayers, basically fuck them.

Danny – It a good message for people. Regardless of what is happening in your life you can at some point relate to it at some point. Be it your boss, be it your school mates or what ever. If someone is literally trying to drag you down, you can say fuck it and walk away from it.

I like to end the interview with a few quick questions. So which do you prefer; crowd surfing, mosh pits, circle pits or wall of deaths?

Ben – I say that as a guitarist aswell. I love my metal and Lamb of God are a stand out band for me. What I like is they show off during their songs not between them.

Who would you prefer to tour with; Backstreet Boys or NSync?

Danny – I would say NSync.

Ben – But the Backsteet Boys are planning a come back.

Ben – Which means they need a tour support. So we could have to wait for NSync to come back.

Danny – No, I want to meet Justin.