On the back of their recent UK Tour with Six Time Champion, Brad had a chat with Charlie and Tom from Homebound about the UK music scene, how the tour went and the lyrical content for their latest EP ‘Permanence’. Hello Homebound, how are you today? We are good, bit tired after tour but all […] 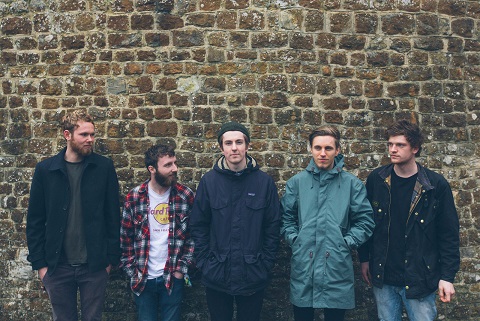 On the back of their recent UK Tour with Six Time Champion, Brad had a chat with Charlie and Tom from Homebound about the UK music scene, how the tour went and the lyrical content for their latest EP ‘Permanence’.

Hello Homebound, how are you today?

We are good, bit tired after tour but all good!

The UK scene is killing it at the moment and in my opinion we’re starting to give the rest of the world a run for their money so to speak. The quality of music coming out of the UK scene has improved vastly in the past 12 months and I don’t expect that to stop anytime soon.

You have recently been on tour with Six Time Champion, How has this been for you?

It has been great. We’ve been friends with Six Time Champion for a while now and did one of our first ever run of shows with them and the boys in Trash Boat. It was really cool to tour up and down the country and seeing that some people actually cared about our band.

Your EP ‘Permanence’ was released last week for streaming, what as this EP like to make?

Writing this EP was a whole new experience for everyone in the band. The first EP looking back on it was just a bunch of ideas that we had thrown together in Tom’s bedroom and rushed to record. This time round everyone had more of a say. We also got to work with Seb Barlow which was a great experience. He pushed us all to our maximum potential and really tapped into the songs. We recorded with Ian Sadler at Emeline studios, the same place we recorded our first EP because we love his work and we get on really well with him. Overall, we’ve all gotten better at what we do. The writing process was far more organic and felt less like a studio project. We wrote what we thought sounded good and tried not to stick to any ‘guidelines’.

Where did the lyrical content come from for ‘Permanence’?

I guess it’s a lot of pent up, sporadic feelings from situations that I have experienced in the past year or so. It relates a lot to the feeling that everything around you is changing while your still the same person struggling to kick start your life. There’s that fear that the same opportunities aren’t coming for you as they are for others and being left behind, only making you doubt yourself and every decision you make. I think these are sentiments that a lot of people can relate to at some point in their own life and situation. I also like to keep my lyrics fairly open ended so people can interpret
them how they want to.

How have Failure By Design Records helped you as a band?

They’ve helped us a lot. It gave us a massive confidence boost knowing FBD had faith in us and loved the tracks. Having that extra support behind what you do makes a heap of a difference moving forward. We live quite locally to Ben & Connor who run the label which makes it a much easier and smoother relationship.

What’s the plan for the next 12 months?

Touring is top of the agenda as we just want to keep playing shows and meeting new people. We’ve started writing a little bit as we don’t want to leave it another year for a release if we can help it. But yeah, hopefully playing many shows as humanly possible.

What is the best part of being in Homebound?

Errm, we’re hardly spoilt for ideas on this one… But no, on a serious note, like any band, it’s great to be able to write and play music that people enjoy with your best mates – You wouldn’t change it for the world right?