With a few member changes and doubts over if the end of Dowsing was on the horizon, the band recovered, recollected their thoughts and released a fantastic new record entitled ‘OKAY’. We caught up with Vocalist, Erik Hunter-Czaja and here is our chat… 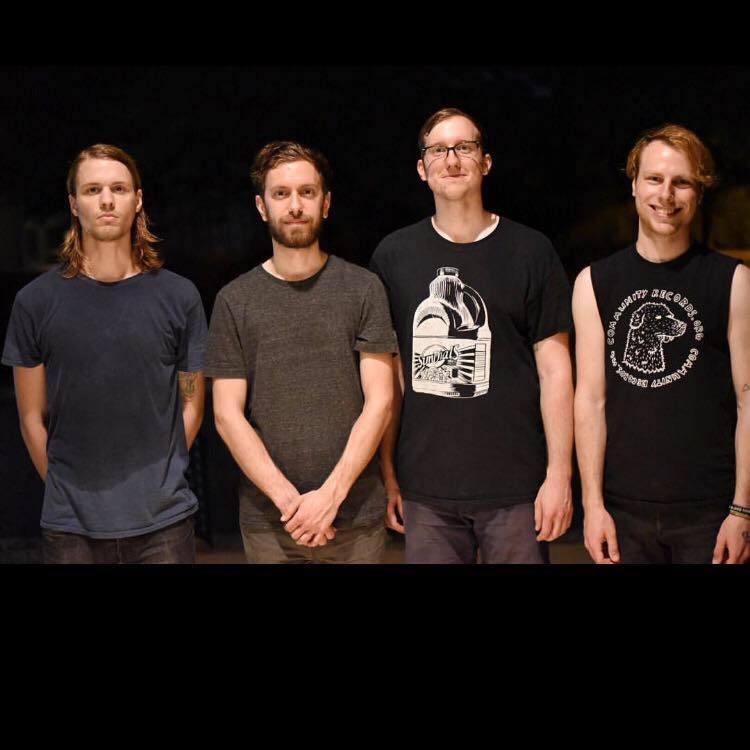 Dowsing are a trio of 90’s influenced rockers who venture into many different musical avenues ranging from pop, emo and indie. The band who are self-professed netflixers, surfers and skaters certainly know how to take a breather from the stresses of life. However, the band’s time hasn’t always been so plain sailing. With a few member changes and doubts over if the end of Dowsing was on the horizon, the band recovered, recollected their thoughts and released a fantastic new record entitled ‘OKAY’. We caught up with Vocalist, Erik Hunter-Czaja and here is our chat…

Hello Dowsing, how are you on this fine day?

Erik Hunter Czaja (vocals/guitar): I feel like a million dollars!

Now you are from Chicago, IL, a hot bed for some really impressive bands, are you close with any bands in your area?

E: There are so many Chicago bands and we know a lot of them, some cool ones include Ratboys, Coaster, Slow Mass, Droughts, The Island of Misfit Toys, and too many more.

You released ‘OKAY’ in April, how has the reaction been to this record?

E: So far so good! People seem to like it and have been singing along and not complaining too much if we don’t play older songs 🙂

You encountered some line-up changes prior to the release, was there ever a point where it felt like the end of Dowsing?

E: Originally I was writing the record to be the last Dowsing record. It turned out giving the band new life. We’re better for it.

How did you realign yourselves to create such a powerful record?

E: We just toured a lot and I trusted everyone to help me write our best LP. We knew what we wanted to do and just executed it.

A label often associated with your music and style is ’emo’, what does that mean to you? – is it thrown around too easily or do you put it down to lazy journalism?

E: The “revival” is dead and that’s a good thing. We don’t want to sound like a twinkle band. We just want to be ourselves. I love emo music, but yeah. At this point it’s a lazy term. We are now “punk” (a loose term).

You are set for a visit to the UK for some shows, what has been the best show you’ve played in the UK?

E: oh goodness I’ve only had the best times there. I think my favorite was our first time in London. It was at the Black Heart. The problem was it got cut short due to curfew but otherwise it was a wild time.

You are releasing a split with Ratboys, how did this come about?

E: Will is our drummer and plays bass in Ratboys too. We are exploiting him for how good of a musician he is 🙂

If Dowsing was an alcoholic drink, what would it be and why?

E: a La Mosa (a la croix (any flavor) with orange juice))