Hi Gareth here. Before Christmas I managed to catch up with DIVIDES at their show at Sneaky Pete’s in Edinburgh. Here is our chat… 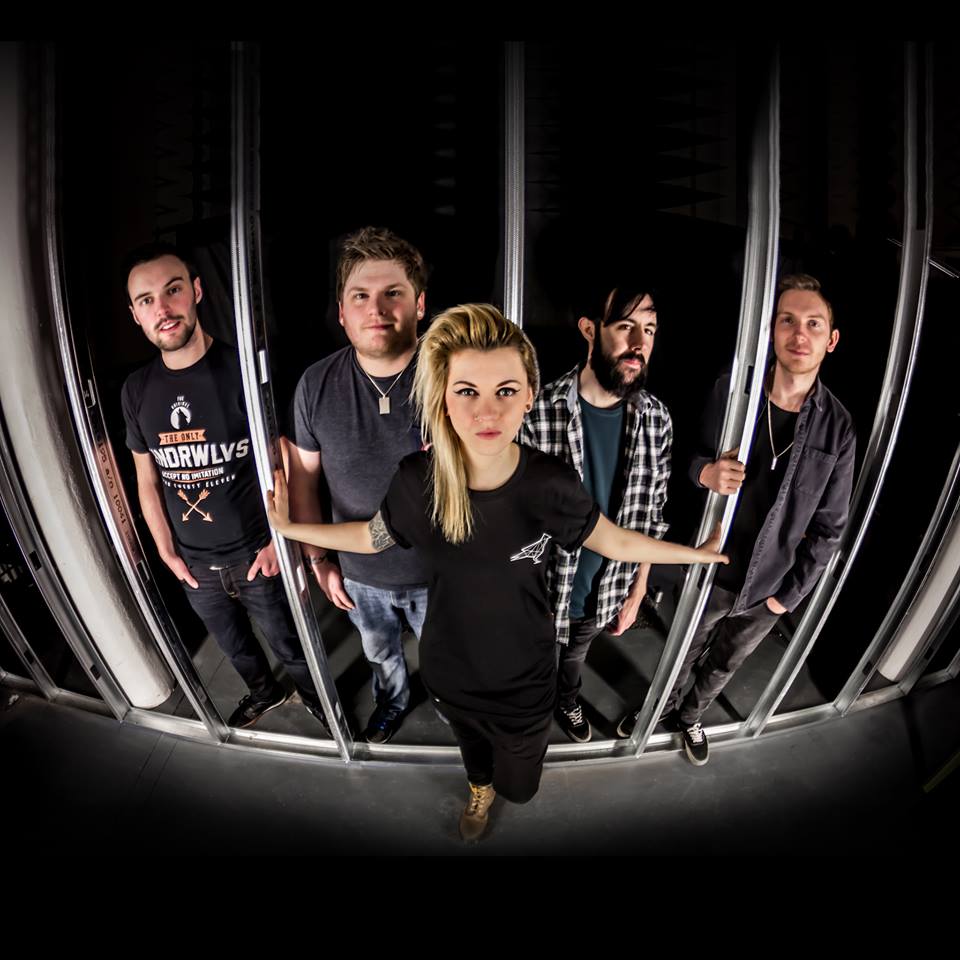 Hi Gareth here. Before Christmas I managed to catch up with DIVIDES at their show at Sneaky Pete’s in Edinburgh. Here is our chat…

Hi guys, how are you doing tonight?

Tasha: Impressive. Is a good word for it. It has built us as a band. It has built our structure up over the year and it has given us a platform for what we are going to do next year. I say I had a good year. (To Andy) Did you have a good year?

Andy: It was alright aye.

Tasha: So what was your favourite gig?

Andy: Favourite gig? You have put me on the spot.

Tasha: Would it be T in the Park?

Andy: T in the Park was a lot of fun.

Tasha: Or was it that gig sponsored by Heineken?

Andy: T in the Park was good and I pretty much enjoyed ever Glasgow gig. (The) Stereo gig in particular that was a lot of fun.

So you mention T in the Park there. How was that for you guys being put onto the introducing stage?

Andy: It was amazing. It was such a great experience.

Tasha: It was shocking. We were shocked. We first entered it as a kind of a jokey thing between us all. As we all joke about the fact: “Guys what if we played T in the Park one day? Wouldn’t that be hilarious!” We never thought that it would happen. And then one day Colin was in the band chat “Guys, you’ll never believe. We are playing T in the Park!” And we though he was babin’ us off. We were “Colin, see if you kiddin’ on, we will actually kill you. It’s not even funny.” And  he was like “no I am being one hundred percent serious.” And I just started crying. I don’t know what you guys were doing at the time. I just burst out in tears cuz, it’s weird hearing something like that. It’s different when you’re there but when your hear it, it’s like ‘Wow’!

This year you won “Best Metal” at the Scottish Alternative Music Awards. How did that make you feel as you are not a Metal band?

Andy: They got to class us in a certain genre, there are some metal aspects to our music. And some people are ‘well your not really metal you are heavy rock’. But what is the line between heavy rock and metal? Are we not a metal band as we don’t scream? Are our guitars not heavy enough? I don’t know but, we got picked for the category and we did not expect to win at all. Their were other bands that have done a lot more than what we have done, they have a bigger following than we have, but that’s just the way it was meant to happen.

Tasha: I think it’s that we had such a good year that it was such a great top off to it. We didn’t really think of it as a metal award. We just thought well we have done so much this year that we are getting an award for it.

Being that the two of you juggle full time jobs and being in a band. How do you find juggling your time with practices and everything else?

Tasha: In a way I think it comes easily to us because, we have got used to spending time together. We got used to “This week we are going to practice at this time and that’s it.”

Andy: And now we have a set practices every week and it’s scheduled and our work know that we can’t work on that night of the week and that’s fine.

Tasha: It does get hard sometimes trying to balance it all out.

Andy: Especially coming up to Christmas, got to do tonnes of overtime. (To Tasha) I don’t know about you?

Andy: It’s probably it’s good that this is our last gig before Christmas as I will have no time to practice!

Tasha: One of the reasons it’s really hard is because of the end of this year is when we are doing the most writing for next year.  Try to balance that out too.

Earlier this year your released the EP ‘Anywhere and Nowhere’ which received very positive reviews. What is in the pipeline for 2016?

Andy: An Album. It’s half written I would say.

Tasha: Yeah, we are pretty much getting there.

Andy: It’s best to overwrite for an album than underwrite and put something together that you don’t like. We have some songs that we are really enjoying right now. And songs which we haven’t played live. We are just really hopeful that everyone enjoys what we play.

Tasha: If anyone has been to our gigs in the last couple of months we have played at least two new songs every time we have played a gig so that way it’s kind putting our new music to the test, live.

You have also done a few gigs this year supporting some wrestling events. Are you guys into your wrestling?

Andy: Dave our drummer is a massive wrestling fan. He is kind of obsessed. He watches WWE and all that. I don’t really watch it, I use to when I was 14 and Dwayne “The Rock” Johnson was my biggest hero of all time.

Tasha: I am actually a professional wrestler in my spare time (gives me a dead pan look). I don’t actually. I work full time in kitchen (as a wrestler).

Andy: We did only do one show.

Tasha: I think it was fun. It’s a completely different gig when you go and play at a wrestling show. Music is perceived differently. When you go to a gig everyone is excited when the bands are playing. At the wrestling your kind of the soundtrack and to try and get people excited and stuff is challenging but it is good fun.

You guys on social media do a lot of supporting other bands. And telling your followers they should go and listen to certain bands. Is it very important to you guys to support the music scene?

Andy: Yeah, definitely. We all need to help each other.

Tasha: It’s funny you should you said that. As of late, like the past month. We have been going to gigs as a band in Glasgow and supporting the scene. We recently when to see Bear Arms and we posted on twitter what gig we are going to. It gives us a great idea of the local band and who we could maybe get to support us next year or how we could support them. It is really important to us.

Andy: A pretty fantastic thing we noticed. was when we played in Wales, and obviously you would love Wales…

Gareth: I love Wales (it’s where I am from).

Andy: We played in Wales and there was this band, they came down to see us specifically. We had never met them before, we had spoken once on twitter but they came to see us. They were such nice guys we ended up spending the whole night chatting away to them and they ended up buying T-shirts off us. When they played their EP realise show their lead singer was wearing one of our T-shirts. And that is cool as fuck.

Tasha: It’s kind of the thing you just need to be there for each other. Especially the fact that they are a Welsh band, and that is us getting coverage over Wales by them wearing our T-Shirts. The band was Dream State by the way and we are definitely going to do some shows with them.

I like to end the interview with a few silly questions so: To start off which do you prefer… Crowd surfing, mosh pits, circle pits or the wall of death?

Tasha: I have always wanted to crowd surf.

Tasha: How cool would it be, but I am so wee they would just fling me about.

Andy: Aye, you are so light they would just chuck you.

And last but not least: Halloween or Christmas?

Tasha: Christmas. I cannot wait for Christmas. it’s only two weeks away.