Brad caught up with Jake from Melodic-Hardcore titans Defeater to speak about their new album ‘Abandoned’ and it’s concept. 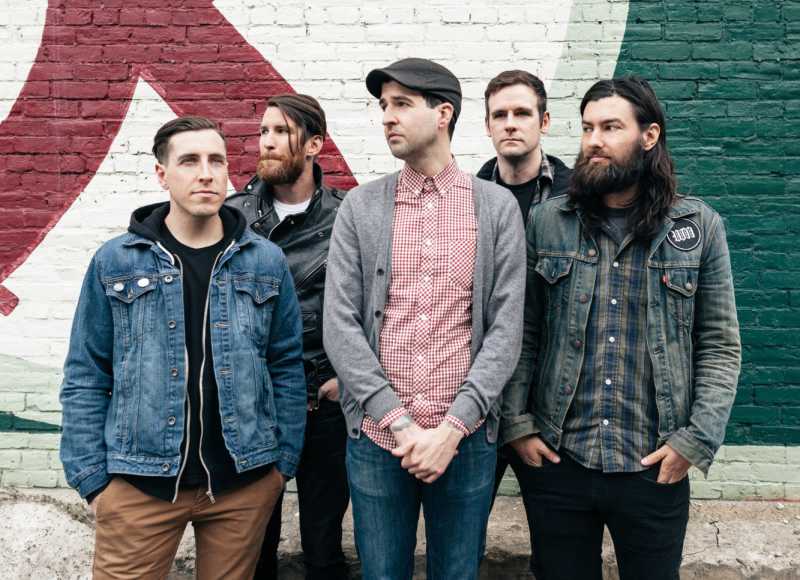 Brad caught up with Jake Woodruff from Melodic-Hardcore titans Defeater to speak about their new album ‘Abandoned’ and it’s concept. There is also word on if Defeater will be doing their first UK tour since 2009 any time soon as well as a discussion about the bands acoustic tracks.

Hello Defeater, how are you today?

Doin’ well, thanks. Our record comes out Friday and we leave for tour a couple days after that- we’re excited and stressed and busy.

I saw you play at 2000 Trees and your set was one of the best I had seen that weekend, how do you find playing UK festivals?

First off, thankyou- that was a really fun set. We love playing the UK, and the few UK festivals we’ve played have been awesome, from Hevy back in 2011 to Download and 2000 Trees, you guys have really gone off and we appreciate that.

Now the big news is your fourth album ‘Abandoned’ how excited are you get this out?

So stoked. We’re all really proud of it, and it’s coming out on Epitaph, which for all of us has been a dream since we were 12 or 13 and first got into punk rock.

Derek went through a life-changing hip operation last year, how much of a bearing did this have on the band and the the outcome of ‘Abandoned’?

That whole situation impacted all of us in so many ways. Seeing Derek’s mobility decline and how much pain he was in, and eventually deciding to put touring on hold until he could get it fixed, was tough on all of us. It’s hard seeing a close friend go through something like that, and I can’t imagine how difficult and painful it was for him. But seeing him come through the operation and be healthy is awesome. Seeing the unbelievable generosity of so many people who contributed to his operation was humbling and inspiring. I don’t think it’s too much to say that it truly gave him, and all of us, a new start. We’re very thankful and excited to be up and running again.

Being a concept band who base their lyrics upon a family from New Jersey in an Post World War II era, what problems and issues do the family deal with on ‘Abandoned’?

Your album ‘Letters Home’ was truly a masterpiece, how do you feel when looking back at the record and what you achieved with it?

Thanks for thinking so highly of it! Previous recordings were pretty tumultuous because of personal struggles and discord within the band, but that one felt really solid and easy- everyone was in a good, stable place and I think it comes through in a cohesive record. And it opened a lot of doors for us, the main one being that we caught the attention of Epitaph. We’ll always be indebted to Bridge Nine for their hard work over the years, but we’re excited to see what happens with Epitaph. “Abandoned” felt similar to the “Letters Home” process-wise, only more so, and we’re stoked to see where that takes us.

You recorded four acoustic tracks at the end of 2011’s Empty Days & Sleepless Nights, what made you choose to do this and can we expect any more acoustic Defeater tracks in the future?

We had always wanted to incorporate some folkier and acoustic elements into Defeater (there’s the “Prophet in Plain Clothes” acoustic track on “Travels”) and a few of us also have other bands that sound more like that (Derek’s solo project, Alcoa, and me and Joe’s band, “Dreamtigers”). Derek thought acoustic songs fit with the mood created with the memories of the character in “Empty Days,” so he and I wrote a batch of songs along those lines. And yes- you can expect more like that in the very near future.

Being a hardcore band I am sure you aware of the nonsensical ‘guidelines of what a hardcore band should be and sound like’ that some people seem to put in place but why I am a big fan of your work is that you bring something refreshing to the genre and flip the dull-stereotype on its head…what are your opinions on the hardcore scene and what motivates you to be different?

That’s a big question, and one that, honestly, we don’t really think about too much. We all grew up going to see Converge and Bane and Cave In and a bunch of other Massachusetts hardcore bands, and have been involved with hardcore since then. But we’ve also all played and play in a bunch of other kinds of bands. When Defeater started, no one was trying to crusade to do anything about hardcore. We just wanted to play music we loved with our friends and have a good time. As far as hardcore goes, I don’t know, it’s like any scene- stay involved and invested in what’s happening around you. When that’s happening, it’s a good thing.

Can we expect a Defeater UK tour in support of the new album sometime soon?

The Never Say Die tour in November has a UK leg, which we’re really excited for. As far as a proper UK-only tour, we haven’t done that since 2009 with Polar Bear Club and Ruiner, so I think we’re about due. We’re still putting things together for 2016. I’m sure we’ll be back.

What is your view upon stage divers, mosh-pits and wall of deaths?

Is this a real question? Have fun. Don’t hurt anyone.

What song are you most proud of from the Defeater discography?

Uhh…this is a tough one. I really like Divination and Atonement, from the new record. I think I’m gonna have to go with Divination.

Lastly, what are some bands you are really enjoying at the moment?

That new Hop Along album is awesome. The bay area pf California is killing it with Culture Abuse, Super Unison, and Everybody Row. Oathbreaker…Young Widows…Land of Talk, from Quebec. The new Ceremony and Pianos Become the Teeth records are phenomenal.

You Can See Our Photos Of Defeater At 2000 Trees Here: