Interview With Death By Six

Brad spoke to lead vocalist, Mitch from Melbourne Metalcore outfit Death By Six. Mitch was a pleasure to speak to as he gave his opinion on music streaming services such as Spotify and Apple Music, the release of their latest single ‘Bulletproof Youth’ and how they’ve grown as a band since 2011’s ‘Vampires Are People Too’ . 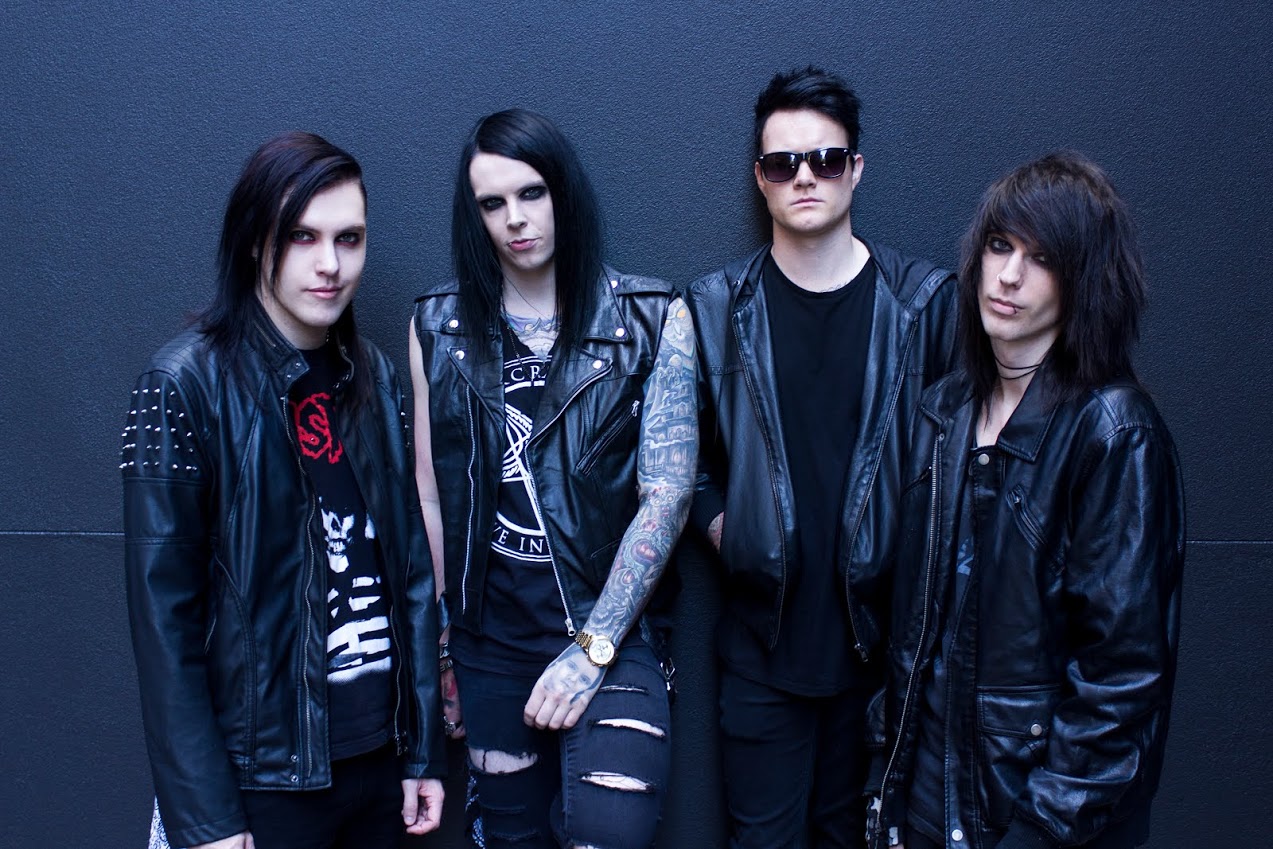 Hey Death By Six, how are you today?

First things first, why did you choose the name Death By Six?

Mitch: It really just came about in a brainstorming session. We are all big fans of the horror genre and the tag line to Evil Dead 2, “Dead By Dawn” came up. We weren’t too keen on it but it had a certain ring to it. We messed around a little and came up with something we thought was pretty striking.

Just like everything about this band, it’s polarizing. The word “Death” is a very emotional word to humans. You can’t help but be drawn to it. When you see it written amongst a string of text or between band names on a bill, it immediately catches your eye and attention. Like Sex…it’s the first thing your eyes are drawn to.

Mitch: Absolutely. The problem today is the fact that every band seems to be afraid of being different. It’s really sad watching so many bands jump around from sound to sound, trying their hardest to follow trends and hope they can land a foot on the bandwagon. To us, the greatest kinds of music are timeless. We play music that reflects what we grew up on. We love bands like Motley Crue, Kiss, Poison, Marilyn Manson, Aerosmith and more modern bands like Bullet For My Valentine and Atreyu.

I think the other issue is that people don’t understand that no one is entirely original…but that doesn’t mean you can get away with being a carbon copy. Everyone is “influenced” and that is a great thing, but you need to be able to put a unique spin on things and sound like your own band. You need to be unique. We strongly believe that we’ve accomplished that.

You released ‘Vampires Are People Too’ back in 2011, how do you feel when you look back at this release and how do you think you have grown?

Mitch: I definitely look back and feel proud of that record. It was a record we did on no budget, in my basement. Its straight up and it’s aggressive, but I always knew it as no-where near what I knew we were capable of becoming.
In a lot of ways we have changed but in a lot of ways we have stayed the same (laughs). We have progressed leaps and bounds as musicians and how we approach writing and composing songs. We’re definitely more diverse in what we do now. We’re definitely no longer afraid to try new things and experiment. Our attitude is still the same: We make music we would love to listen to. Trends don’t effect what we do.

‘Bulletproof Youth’ is your latest single and featured Davey Richmond, how was this song to create?

Mitch: The song came about incredibly organically. Our last EP Heartless had been out for a while and I really felt with how far we had come as a band since then, the fans and the public really needed a far more accurate representation of what we were about and where we are as a band now.
As the band has gotten bigger and I had been contacted by a lot of fans, I was affected by what they had to say. We were all the same. All the kids that were writing to me were just like me and I felt we needed a song to solidify that. We needed a call to arms, and this works perfectly.

With Davey, it was really just a matter of him being keen to help out and delivered a killer second verse performance for us.

As you clearly usher in the next phase of Death By Six, what can we expect?

Mitch: If you loved Bulletproof Youth, you are going to be blown away with what we have in store for you. There are a lot of massive things coming from us in the next few months…time to get excited (laughs)

Seeing as you’ve played many gigs what was your favourite?

Mitch: Always such a hard question. The last show we played was a one off, special show where we played a collection of songs from some of our favorite bands. The venue was absolutely packed and the crowd went ballistic…so with that fresh in my mind that is definitely one of them.

Also, earlier in our career when we were really struggling and had been putting in A LOT of effort and seeming to make little headway, we were given the opportunity to play along side “The Amity Affliction” who we are all massive fans of. That was a huge night for us and always one that sticks in our minds.
There are countless other awesome memories.

Mitch: Unfortunately all I can say at this point is everyone is just gonna have to wait and see (laughs)

With the release of Apple Music recently, do you think music streaming like Spotify, Deezer etc helps or hurts the music industry?

Mitch: Shit (laughs) now come the tough questions (laughs). I’ll try and keep this answer as short as I can. I really do believe it is a double-edged sword for musicians, just like the rise of the internet in general has been. For a band starting out, it’s an amazing opportunity to get your music into the hands of others that would otherwise never have heard your music. But the chances are, when you are in that stage of your career you are happy to give things away because you are building a fan base. Once you are an established artist and you are making your sole income and lively hood from music, it’s incredibly difficult to accept the fact that people are going to steal something you worked so hard on. And I only say steal because the amount the artists get paid for these streaming services is next to nothing. People like to pretend that money isn’t a factor in making music and unfortunately it is. Records cost a hell of a lot to produce and bands cannot keep making the material that their fans love to listen to…if no one is willing to help them pay to do so.

That being said, I think it’s now the artist’s responsibility to get off their asses and give their fans a reason to buy their records. CD’s are redundant now…people need to think outside the box…we have a lot of plans for the future and we can’t wait to see what our fans think.

What bands are you currently listening to?

Mitch: Not a lot of new things to be completely honest. Not a day goes by that I don’t listen to KISS or Motley. But I have been absolutely loving the new We Are Harlot release. Seeing Danny so happy in a new band and really bringing back that old school rock n roll is just so fucking awesome. But both the new Pierce The Veil single and Asking Alexandria release are making me super keen for their albums.

Describe the upcoming material in one word?