With ‘Everybody Is Going To Heaven’ scheduled to be released this month. Citizen have been teasing fans by releasing two tracks ‘Stain’ and ‘Cement’ from the forthcoming album. With their style developing and in many ways changing, Brad was lucky enough to have a chat with Drummer, Jake Duhaime about new album ‘Everybody Is Going To Heaven’, being tagged as ‘Grunge’ and the Pope. 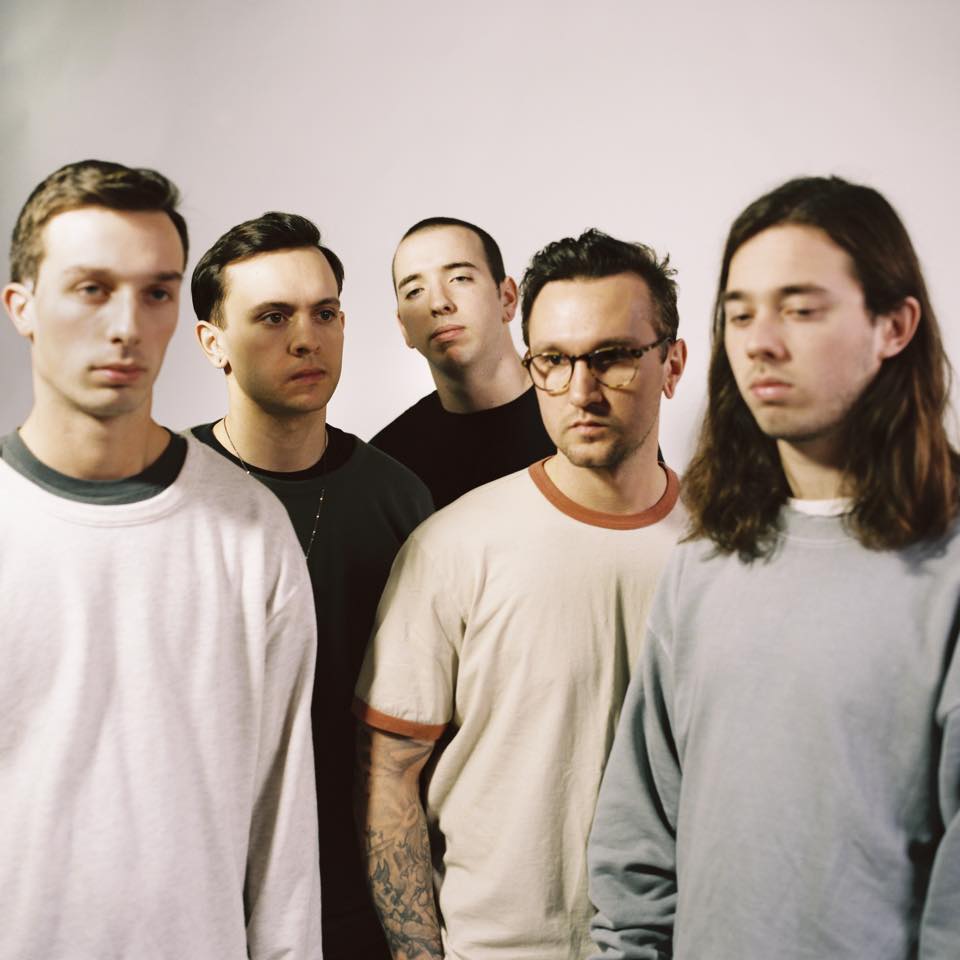 With ‘Everybody Is Going To Heaven’ scheduled to be released this month. Citizen have been teasing fans by releasing two tracks ‘Stain’ and ‘Cement’ from the forthcoming album. With their style developing and in many ways changing, Brad was lucky enough to have a chat with Drummer, Jake Duhaime about new album ‘Everybody Is Going To Heaven’, being tagged as ‘Grunge’ and the Pope.

Hello Citizen, you’ve been busy recently with working on your new album ‘Everybody Is Going To Heaven’, where did the idea for this album and its concept come from?

The name of the record was a pretty big deliberation. We had a handful of ideas kicking around while we were recording- some of them even went on to be song titles.   One day we joked around about having the POPE doing a feature and our guitar player mockingly blurted out “Everybody is Going to Heaven” and everyone’s eyebrows raised. The title was chosen to describe the journey of the entire record. I love the name of our record. It has so much gravity to it.

2013’s ‘Youth’ received critical acclaim, how does ‘Everybody Is Going To Heaven’ sound compared to that album?

If you’ve heard either of the singles that are out right now, you should be able to pick out some major differences. “Departure record” is a bit of a pretentious term, in my opinion, but it truly does stand apart from “Youth” in many ways. At it’s core, it still is the same people with the same spirit- That comes across.

A lot of the time, a bands release is influenced by other artists both new and old, what bands are you listening to a lot right now?

If you asked all five members, you would receive five different answers. Our interests can overlap and intersect with one another a lot, but there truly isn’t many core artists we all cling to as a whole. I think that’s what really made this record turn out the way it did.

Your releases often seem that they are extremely personal from a lyrical point of view, do you find writing songs from personal experiences therapeutic?

I think that’s fair to say with anyone and their art. Be it writing lyrics, playing drums, or weaving a basket. The personable aspect is what gives “art” the amount of importance that it holds. But as therapeutic as it can be, it will sometimes be the one thing causing you grief. There’s nothing like it.

A few days ago you released the video for ‘Stain’, the aesthetic was very DIY and seemed 90’s influenced, how did you come up with the idea for this video?

The visual inspiration can be traced to the chorus of the song: “Let your garden grow..”.  Unlike the popular association with “Youth”, we wanted to leave the floral images behind and sort of devolve to more basic vegetation. A conventionally masculine take to pair with the aggression of the song. Max Moore did an incredible job translating “Stain” to visual. It’s ugly and unsettled.

You are playing the Vans Warped Tour this summer, how much are you looking forward to that? and what is the US Warped Tour like as an experience?

We’re all really anxious and excited to get started. It’s going to be an exhausting summer with long days and disgusting weather. But all the work should pay off in theory. We felt it was the strongest thing to do for the record upon it’s release.

I often see your music tagged under the ‘grunge’ flag, what do you think of being defined as ‘grunge’ and do you agree?

Sub-genres are something mostly abused by those who like to speak beyond their level. People spend so much trying to put a band in a box that they forget no one actually cares. Ya know? If your songs are real, then it will stand on it’s own with out relying on buzzwords.

Agreed! AltCorner works a lot with helping upcoming artists to get to the recognition they deserve, what tips would you give to aspiring bands?

Art and music is the way it is because no one can truly put a formula to it. I guess the only advice I would personally give someone is to just be yourself and have good work ethic.

Out of all the really impressive things you have done in your career, what has been the best moment for you?

The biggest and smallest moments are all very important to me in their own ways. Any time my family is able to come to a Citizen show will always mean a lot to me. They’ve always supported what I do and have watched me play in a lot of terrible bands. It’s nice to be able to make them feel like their support paid off.

You are renowned for your large touring schedules, what are three things you can’t live without on tour?

I’ve been asked this question a couple times now and I’m still not exactly sure how to answer it. Materially speaking? I don’t know. Like, water and a phone charger. Harmony amongst the band. An enjoyable meal once or twice a week. Do any of those work?

They do work! Lastly, when can we expect a Citizen UK Tour?

Hopefully sooner than later. We had a great time when we came over last summer. Thanks for that!