An interesting and diverse character might be the best two words to begin describing lead vocalist, Mikee W. Goodman of sikTH, that and a creative genius living in this ball of sorts of cataclysmic creative sorcery. He is known British man as the one of the two lead vocalist for the band sikTH and for his involvement with the band’s Primal Rock Rebellion and Outside The Coma and in addition to his vocals/lyricist abilities he is also a music video director, editor and creator. A creative madman that nothing, not even a bit of down time, will deter him from his need to be in the momentum of cre 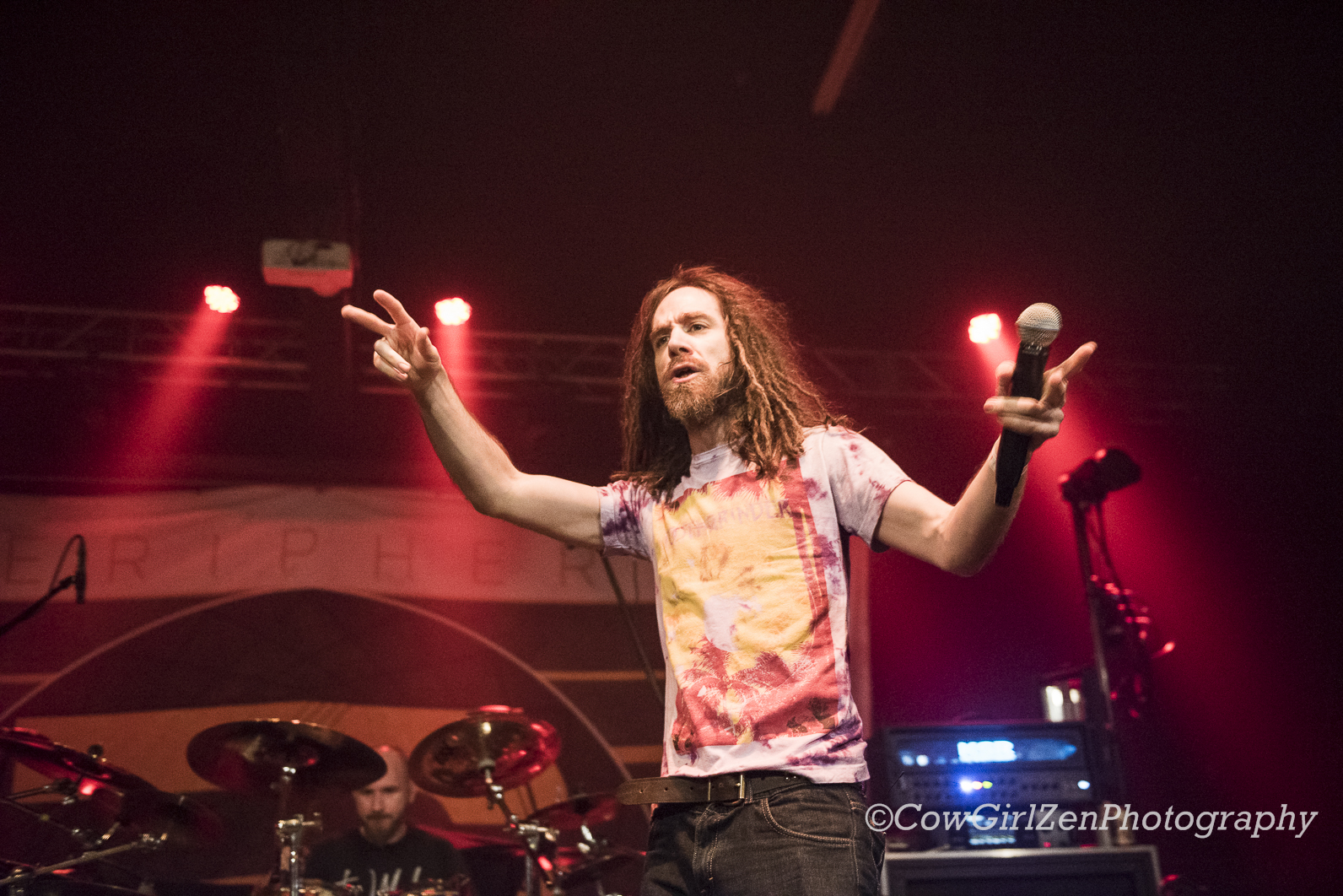 An interesting and diverse character might be the best two words to begin describing lead vocalist, Mikee W. Goodman of sikTH, that and a creative genius living in this ball of sorts of cataclysmic creative sorcery. He is known British man as the one of the two lead vocalist for the band sikTH and for his involvement with the band’s Primal Rock Rebellion and Outside The Coma and in addition to his vocals/lyricist abilities he is also a music video director, editor and creator. A creative madman that nothing, not even a bit of down time, will deter him from his need to be in the momentum of creation.

Taking a hiatus from his band mates at sikTH and coming back certainly has produced that intense energy… actually when you see them live it brings a whole new meaning to the word intense. It is a must witness.

Now for the first time, with refreshed band mates, management, fate, whatever you want to call it, sikTH has been on tour for the very first time since their start back in 1999. Somethings are worth waiting for and it is undeniable as the fans pack venues night after night to hear sikTH live that they were worth every metal rock tick to hear stateside.

Song River: It was quite clear that there is a huge fan base for SikTh here in the states. Were you surprised?

Mikee W. Goodman: I was completely surprised. You expect some people to be into it. But so many, also they are so passionate! It proves social media is not the only really representation for a bands fan base. For instance, labels now look at social media stats for a bands popularity. I was almost fooled by it too. But we have a great amount of American fans in which we are all grateful for.

Song River: Why was the summer of 2016 the deciding factor to join this tour with Periphery and TOOTHGRINDER and come stateside?

Mikee W. Goodman: We just got great management. Periphery offered us a great opportunity. So we came.

Song River: The energy level SikTh creates permeates through the crowd when you perform. It almost seems like a synonymous symbiotic event transpires… feed to feed.

Mikee W. Goodman: That’s what we want. It’s all about a circle of energy. Creating that vibe. I think our fans feel a closeness to our music and lyrics. I know a lot of people connect personally to them.

Song River: Reading off your tour bio it states you are the “progressive metal forefathers”… can you explain what that is supposed to mean? Yes, SikTh has been in the scene for a bit (1999) but do you look at yourselves as ‘forefathers?’

Mikee W. Goodman: I find it hard to respond to that. I guess we were trying to explore music and create something new. Then many other people liked it and played in similar ways. You look at originators of this style there are a few. But we are certainly out on our own. I never personally want to sound like anyone else. I think it’s essential to find your inner voice and outer voice as a musician.

Song River: Was the hiatus and the reunion do you think inevitable?

Mikee W. Goodman: Well I left because I was deeply unhappy in life. I didn’t want to be in the band. I wanted to get away from the fast lane in which I had lived since I was a teenager. Once a few years went by, you can have calm and reevaluate what’s important and how you can make things work. Others in the band also decided they wanted to be back in the band and to try and make things work.

We went back in with no management, but recently employed a new one, which I said about earlier. Feels better than before.

Song River: During the ‘hiatus’ years what do you think, since you all stepped away, that you were able to bring back to the reunification of SikTh that perhaps made the energy even more intense?

Mikee W. Goodman: I think the longer you are away and then coming back into a band like this you can appreciate it more.

Personally when I was out of the band I did numerous projects and bands. The most notable with Adrian Smith from Iron Maiden (Primal Rock Rebellion) which totally helped me as a melodic singer . Other people in the band did other projects and bands, I think we all came back as better musicians. My passion has not dropped for music and life at all.

Song River: Having been credited with the djent movement when creating music what is it SikTh finds even now in the lyrical structure or the technique of melody, riffs, breakdowns, etc…?

Mikee W. Goodman: Well you want to ask a drummer or guitarist that question, you would get a different answer. My main focus is lyrical structures and poetry.

Song River: How hard is it to find a copy of the EP Flogging the Horses, Japanese version? And do you all still own a copy of it yourselves?

Mikee W. Goodman: That’s strange you ask as we need to find that. I only had a CD case, I don’t think anyone has a physical copy. It’s rare.

Song River: Last studio album was in 2006, and the EP Opacities was in 2015. After the tour what can your fans expect?

Song River: Stepping out of the realm of music slightly… any opinions on the Brexit and the political climate you view globally?

Mikee W. Goodman: I am not well enough informed to comment on Brexit. As for the world, it would be great if we all stopped the killing and evil did not exist. But that seems a far away dream to where we are now. How nice it would be with a poverty free world of smiling faces? Surely we have learnt enough now. Life should be of love not hate. But I know it’s not that easy in this world for some.