InTechnicolour take on the A-Z challenge

Our A-Z challenge is a fun way to get to know the many artists out there. Here it is the turn of InTechnicolour to tell us all about themselves! 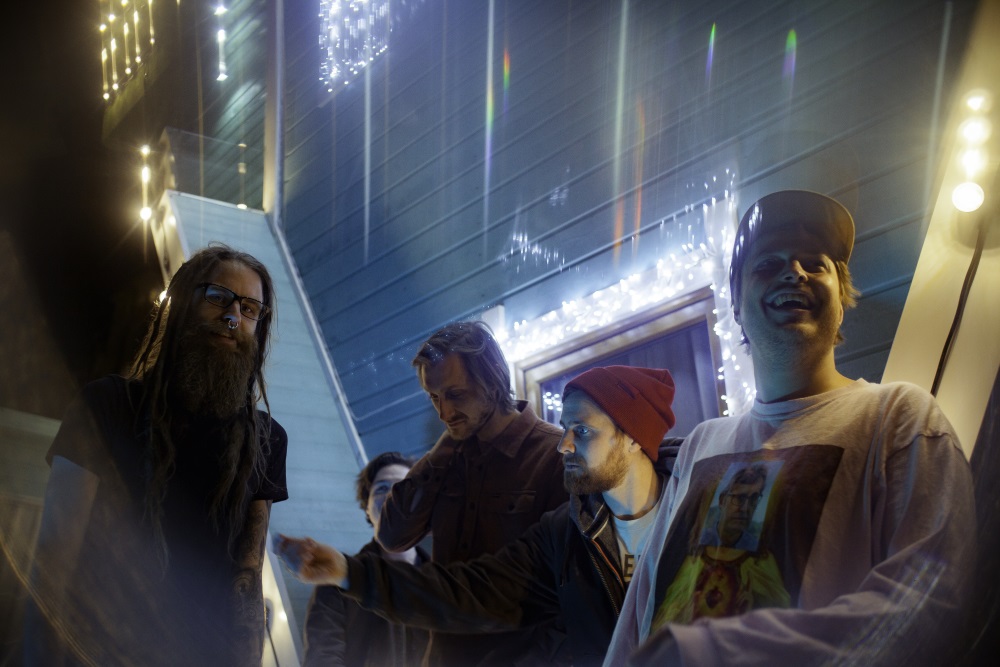 Dave: Metallica – For Whom the Bell Tolls

Vlad: The Eagles – Take it easy (should have lied, eh?)

Tobie: disposing of 18-20 space cakes we had forgotten about, by eating them, as we sped 45 mins away from crossing a border…there was only 8 of us in the van, excluding the driver!

Tobie: We can change the moon.

Dave: Slow Moth for sure, that song came out in about five minutes from start to finish. I brought the song to Tobie and he had the lyrics and melody written in one sitting, then we took it into the studio and we recorded it live as a full band in a couple of takes. Done.

Tobie: it’s one of my favourites on Big Sleeper because it felt like it all just clicked together really easily on Slow Moth, the lyrics where actually a poem I had written months earlier so when I tried them out against the idea Dave had sent me, and it worked, I was stoked!

Dave: Doomer probably, loads of fun guitars parts and full of energy. Either that or Tortoise if I’m feeling particularly tired!

Tobie: Mine would be Doomer as well, it’s got all the versions of my voice all packed into a four minute rock song!

Vlad – Gallon Man (unless Tobie breaks his foot, like he did in the last show)

Dave: It would be equally weird and cool to work with Nick Cave.

Tobie: Someone with a really cool sounding scream would be nice! Eva from Rolo Tomassi or Justine Jones from Employed would be really cool!

Vlad: If Mark Lanegan walked in a studio and sang on one of our tunes I would lose my shit.

Dave: Being away from home can take its toll on the long tours.

Vlad:  Having money or a girlfriend.

Dave: We all have terrible tattoos that we most likely will or already do regret.

Vlad: I once peed myself to finish an arcade game.

Tobie: yeah, getting ‘Andy’ tattooed onto the bottom of my foot, forever branding myself a Toy Story character seemed like a funny idea, until the next morning…

Vlad: Not trying too hard.

Dave: We just drove Brighton to Glasgow on the most recent tour, that was a good ten-hour drive. I’ve done overnight from Mexico City to Monterrey as well which took seventeen hours, never again…!

Vlad: We are going to announce an EU run soon and there is a drive across three different countries, my lower back coughed when I checked Google Maps.

Tobie: I think we did a drive on our tour with The Physics House Band where we crossed four different countries in the space of about twenty hours or so, that drive was hell on….

Tobie: I’m not sure what you mean by ‘experienced’…I feel that’s a loaded question.

Dave: Gleemer without a doubt, go check out an album called ‘Move Away’ and get ready to feel sad but satisfied.

Tobie: A dude called Sulii, he’s ace, He used to be the singer in a post hardcore band and now makes super sad boy trap music but with a weird UK hip-hop twist, he’s probably one of those guys that EVERYONE knows and I’m just late to the party, but I rarely find people in my own circles who dig his stuff…I fucking love it.

Vlad: CLT DRP, really really get them in your eyes/ears.

Dave: I’m keen to get over to Scandinavia – we’ve toured Europe a bunch but never made it further north than Copenhagen.

Tobie: I would love to tour the States, I’ve never been and it would be pretty cool to strap on some cowboy boots and a Stetson and get involved.

Dave: I’m sure it has many different reasons to many people. For me it represents the time that’s passed since I started this project in 2008. The years have flown by and it’s felt like the band had been in a state of hibernation until recently, Big Sleeper is the birth of a new era for InTechnicolour.

Tobie: To me, Big Sleeper represents a lot of my lyrics, they are kinda dreamy and I’m fairly obsessed with sleep when it comes to my words, so Big Sleeper just felt like a good sum up.

Dave: We’re playing a bunch of shows in the UK and Europe over the next few months and we’re also playing 2000trees, although that hasn’t been announced yet…I’m taking the gamble that it will have been by the time you’re reading this. If not, sorry James!

Dave: I’m not quite old enough to get grumpy about the Golden Years yet but I’m sure the day will come – if I start saying that kinda crap and listening to The Who on repeat and eating spam from the tin someone please take me out.

Vlad – Nah. You got the old tunes and the new tunes now, and an ability to listen to anything ever recorded in human history on your fucking phone. What a time to be alive.

Tobie: As Les McQueen would tell you, ‘you’re better off out, it’s a shit business’…now, that’s a fucking niche joke!!

Tobie: We have a couple of new songs being written right now that I think would work really well as acoustic versions. Maybe not go the whole ‘on a stool, MTV unplugged’ route, but doing a stripped back version with some lap steal or Hammond would be really nice.

Dave: Everything, could not do this without them!

Tobie: On our most recent tour we have started to see familiar faces who have been to our shows two or three times, and seeing those people lose their shit at the front and sing all the words back at me is just the most amazing feeling ever!

Dave: I’ve broken a bunch of arms, wrists, elbows over the years but nothing recently.

Tobie: Yeah! I just broke my heel! It hurts like hell and I’m shit on crutches! Boooooo.

Vlad: A sloth on ADHD medication.