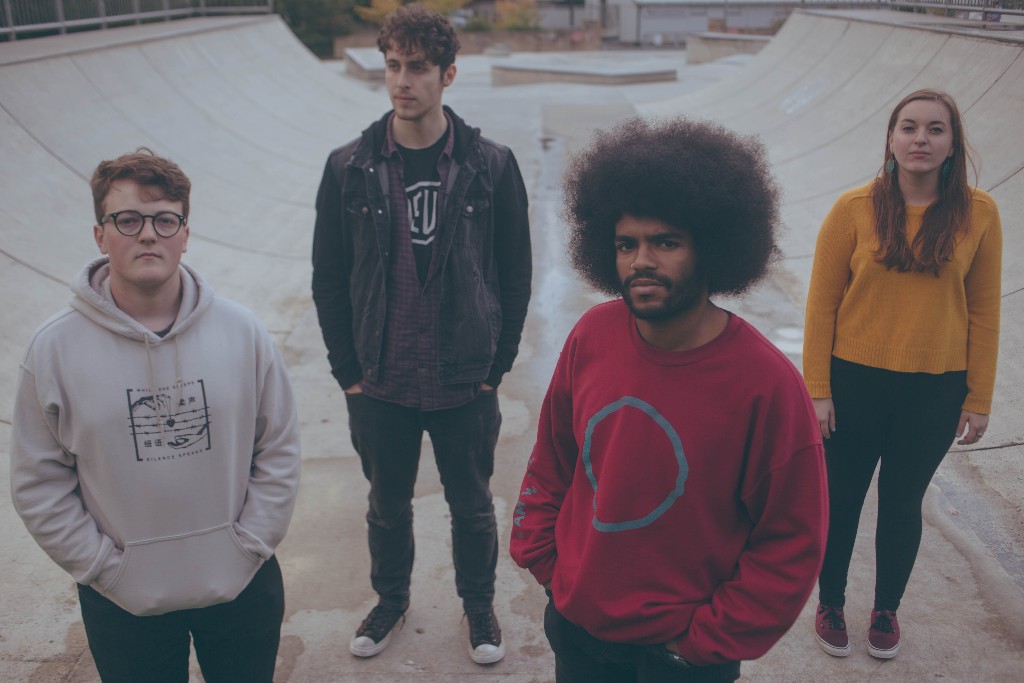 Ahead of the release of there debut album, ‘Douse‘, we caught up with Hypophora to question them about their plans for the rest of the year.

How are you feeling about the release of your debut album, ‘Douse‘?

Really excited! There’s a whole host of different influences in there, for us it’s really obvious and nostalgic to hear certain songs from the album and remember when we were really into a certain sound or writing style. The album is a bit like a collage of everything we’ve done from past to present, all collected together.

Who were your inspirations musically and lyrically when writing?

This is a bit of a tricky question as individually we all have our own distinct tastes, but as a band we do of course have some shared common ground. A lot of the riffage on the album is very reminiscent of Alice In Chains, Rage Against The Machine, Arcane Roots and even heavier bands like Meshuggah and TesseracT. All of the funked up stuff is heavily influenced by Red Hot Chili Peppers and Incubus. The slightly weirder, more progressive side of the album comes from a lot of the more ‘out there’ bands that we listen to – hints of The Mars Volta and The Fall Of Troy are definitely audible. We all listen to a massive variety of music so you’ll hear odd bits of neo-soul, jazz, motown as well as what you’d expect from a rock band.

With regards to actual writing inspiration, we’ll often get more inspired by the ‘feel’ of a certain song or genre rather than distinct artists, then find our own way to put a spin on them! One of the best things about this band is that there aren’t really any limits to what we wouldn’t do musically/genre wise, provided it fits and we all think it’s interesting.

Katie’s lyrics tend to stem from real life events or were inspired by people in her life/our lives. They’re all written with a specific scenario in mind and then broadened out to make it more relevant to lots of situations so that it’s more relatable. Lyrical inspirations include Marika Hackman, Keaton Henson, Bon Iver. All of Karum’s lyrics on the album were written years and years ago and can probably be traced back to those quite angsty yet emotionally introspective Far Q era Lower Than Atlantis lyrics.

Do you have any plans to tour the album? And what are you most excited to play live?

Album release shows kick off in September! Starting with Burn It Down Fest, we’ve got shows and festivals in Bristol, London, Cornwall, Plymouth, Torquay, Manchester, Southampton, From, Wales and Bath to name but a few of the locations! It’s gonna be fun playing songs like ‘Smiling’ live for the first time ever. We’re intrigued for people’s reactions!

‘Spires‘ has been very well received, has this made you more excited for the album release?

Definitely. It seemed that this was the most well rounded and even representation of Hypophora out of all of the singles. It was a no brainer to release this one first. We had some really great reception from the single and people loved the video too (shout out to Wes and Chris at Splitfocus Films) so it made us really excited to get the rest of the album out!

How was your show with Black Peaks?

Absolutely wonderful! It was in our hometown so we had all of our mates and even family turn up to support us on the night. The band themselves were so humble and so friendly, we really hit it off (or so we hope) and they seemed to really enjoy our set – and they were absolutely phenomenal of course! Will’s voice holds up live just as well as it does on record and their sound is just generally fucking huge. Ended up chilling with Peaks at their Exeter show a few days later and even helping out on merch for a bit too.

What are your plans for the rest of the year? Touring? Writing new material?

We’re a pretty busy band generally, so gigs gigs gigs! We’re supporting one of Karum’s Post-Hardcore heroes Kurt Travis (Ex-Dance Gavin Dance frontman) for four dates this August (Wigan, Bridgwater, Plymouth and Newquay) then in September we’re hitting Burn It Down Festival in Torquay, Venomfest in Bristol & Turbulence Fest in Plymouth alongside Mallory Knox, Arcane Roots, Hacktivist, Hawthorne Heights and loads more of our favourites. We also kick off our album release shows with a launch party in Truro and then about 20 other shows up and down the country! We don’t often designate specific writing periods, as we often are always playing around with ideas either individually or as a band. When we then have the time, for example if we haven’t got a gig for a week or two, we’ll use that practice time to properly experiment and (hopefully!) flesh the idea out into a song. SO far we’ve got two skeletons of new songs and it’s really exciting!