London’s alternative quintet Hunter Kill Hunter have just released their second EP, the aptly named II. Their relatable tracks about personal struggles and emotive live performances have seen them gain a strong fanbase. You can check out our review of the record here. We challenged vocalist Justin Jackson and guitarist Kieran Harper to take on […] 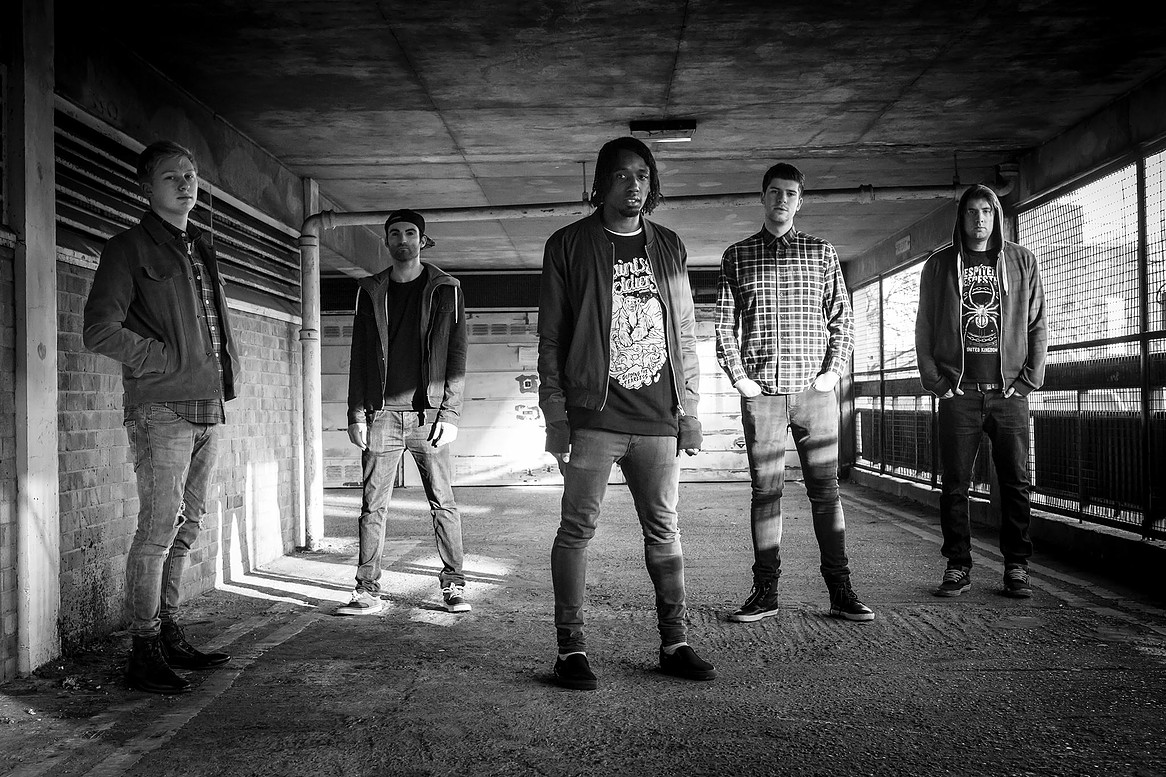 London’s alternative quintet Hunter Kill Hunter have just released their second EP, the aptly named II. Their relatable tracks about personal struggles and emotive live performances have seen them gain a strong fanbase. You can check out our review of the record here. We challenged vocalist Justin Jackson and guitarist Kieran Harper to take on our A-Z challenge.

Justin: With my old band, a packet of haribo when we played at Wembley arena. With this band, a beer?

Kieran: A can of beer and a packet of crisps.

Justin: We once had a meeting at our drummer Joes house and within the time we were there we all took a dump in his toilet. That’s team work.

Kieran: Justin’s birthday, seeing Don Broco in Southampton. He got crowd surfed around the room for a whole song. It was funny to watch. Fast forward to 5 am and Simon from Don Broco comes out to tell me Justin’s being sick in the club toilet.

Justin: A song called Neverlasting Light, which is about existence, mortality and spiritually and not being afraid of things we do not understand.

Kieran: Possibly ‘Holding the fear that someday, I will cease to exist’ – It’s from Neverlasting Light on our upcoming EP.

Kieran: I remember writing the music to ‘Without Freedom’ fairly quick. Then when we worked on it as a band everything fell into place pretty fast and easy.

Kieran: For now, ‘We Are the Blame’

Kieran: Keith Buckley of Every Time I Die.

Kieran: Understandably, everyone has differing visions for their art, which can be an issue when you’re creating as a collective. So it’s often hard to agree on things. That and working everything around ‘normal life’.

Justin: Stu used to work in a school for kids with autism and now he works full time as a club promoter.

Kieran: So I’ve heard that Justin and Stu met because Justin kicked him in the head in a club or something?

Justin: We have bare jokes, innit.

Kieran: We have a few – none of them are funny. Sorry.

Justin: Know what you want to sing about, then the rest just ﬂows.

Kieran: I wish there was a key. Be as proliﬁc as possible, you’ll develop as a songwriter the more you write.

Justin: We once got added to a line up but didn’t realise it was supporting Jonah Matranga, who was a big inﬂuence of mine before I met him. I guess we can now call him a friend as well, so for me that was probably the craziest experience.

Kieran: Probably Rage Against the Machine as a whole. When they did their reunion back in 2008, that was ridiculous.

Justin: Every Time I die. Or Paramore maybe?

Kieran: Letlive. That would be ideal.

Justin: Well I’ve always wanted to do Warped Tour but then also toured China years ago with my old band so would love to go back and tour there again.

Kieran: Around Europe! Hopefully we’ll get to make that happen this year.

Justin: Live your life, Love your fellow human being and know that you only live once. Do what you need to do to get by but never loose sight of the importance of your own existence.

Kieran: ‘Don’t stop get it ’til your clothes get wet’ – Missy Elliott

Kieran: Our forthcoming release is called ‘Two’, stylised as roman numerals (II). It was essentially just a way for us to indicate that this is our second release in an artistic way on the cover.

Justin: Anniversary shows and celebrations happen for a reason.

Justin: Condoms with each member’s face on.

Kieran: I got given Kiss (the band) cologne once as a gift. That was pretty strange.

Justin: I love taking a song which is mainly shouting and stripping it back and making it more melodic.

Kieran: I’d like to do some stripped back alternative versions of a lot of our songs.

Justin: People who love what we do give us the conﬁdence doing what we love to do. They are a foundation for us. Kieran: It’s hard to express in words the level of gratitude I feel towards anyone who listens to our music and supports this band in any way. It’s genuinely beyond words.

Justin: Touch wood we haven’t broken anything yet. Though our live shows can get a bit crazy, so may possibly happen some day haha

Kieran: Nothing serious so far, I think I got cut just above my eye at one show but that’s about it. I often have to glue bits of my guitars back together and clean the blood off them, mind you.

Justin: Oh without a doubt always our drummers fault. Time and efﬁciency do not exist haha

Justin: Lions – ﬁery, passionate and cuddly, but we will rip your heart out your chest and leave you gasping for air.