Want to know more about Hightown Parade? Then check out their answers to our A-Z challenge! A song that made you want to make music?  Chris – Meatloaf – Bat out of Hell Chris -(guitars ) – Peter Gabriel – Red Rain  Galen – The Ace of Spades  Io –Amy Winehouse, Back to Black  Best rider […] 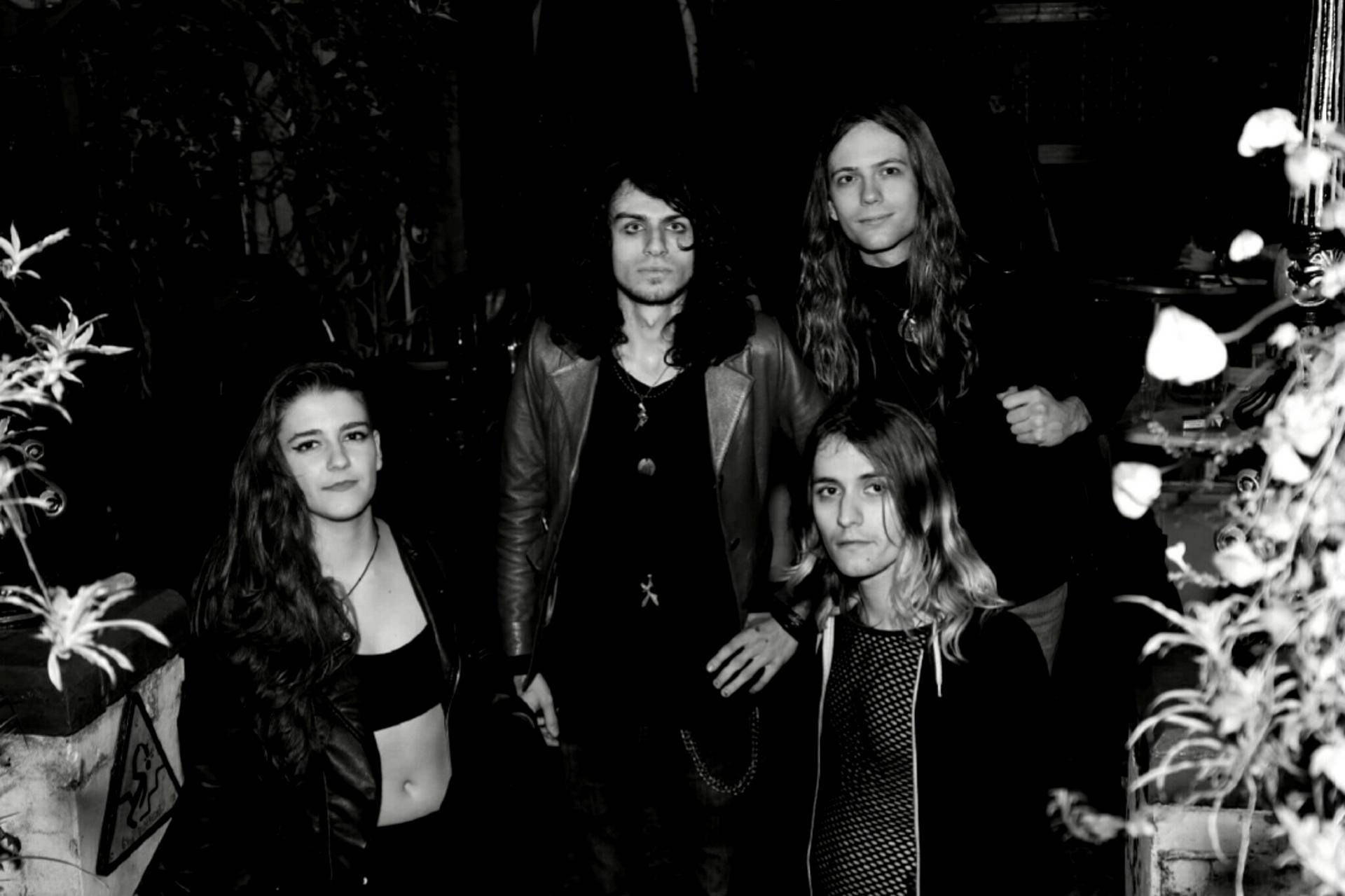 Want to know more about Hightown Parade? Then check out their answers to our A-Z challenge!

Galen – Seeing this naked old man outside the window of the rehearsal room on the swings in a park.
Chris – Watching Galen on a running machine
Chris ( Guitar ) – Any journey with Chris driving

Chris -. “The notion of euphoria is wasted and deprived after all he’s done, feeling so daunted, all that she wanted was a life”…the ‘her’ being the planet, the ‘he’ being humanity.

Chris – ‘Leap Of Faith‘ was wrapped up surprisingly quickly, one of those ones that just write themselves.

Interesting fact about one of our members?

Galen – Mum is the vocal on Young Guns by Wham that Pepsi and shirlie ghosted and she sang the Toys’r’us jingle
Chris – I started my musical career at the age of 8 as a Meatloaf tribute act, dubbed as ‘Maltloaf’.
IO- Although my name consists of 2 letters no one in England can pronounce it correctly…

Chris –Putting two unlikely Musical elements together is something we find incredibly entertaining and we exercise this in rehearsals quite often, much to any outside listeners dismay.
Chris ( Guitar ) – Pronouncing Io’s name

Chris -The way Bowie kept himself constantly out of his comfort zone inspired me greatly.
Galen – Michael Romeo. He drew me a picture of a wizard once.
Chris ( Guitar ) – Galen and his practice regimes

Chris -“Let me be your vacuum cleaner breathing in your dust…” – John Cooper Clarke
Galen – Don’t take anything too seriously.

Chris -Its about being stuck between two paths, and how just going with either one is the only way to move forward, its written about a friend in that situation

Io -check socials for up and coming shows

Chris -Mmm…yeah.
Galen – Everyone’s got the ability to put together albums in their bedrooms nowadays. Obviously there’s a lot less in terms of quality studio recordings but I’d trade that any day for giving everyone the chance to express themselves.
Chris ( Guitar) – Music is and has always been exciting you just need to look in the right places

Galen – We haven’t got any merch yet but there’s this Italian death metal band called Fleshgod Apocalypse who have their own brand pasta and wine.
Chris ( Guitar ) – Would love to have Hightown Parade expanding Flannels

Chris –None yet. We’re not Jackass.

Galen –A wizard is never late, nor is he early, he arrives precisely when he means to.
Chris (Guitar ) – Mine as I am too busy doing my make-up