Following the release of their new single ‘Everything Is Great‘, we asked Hercules Morse to tell us more about themselves using our A-Z challenge! A song that made you want to make music? The entire self-titled Rage Against The Machine album. Best rider you’ve ever had? We once played a gig where there was basically a banquet […] 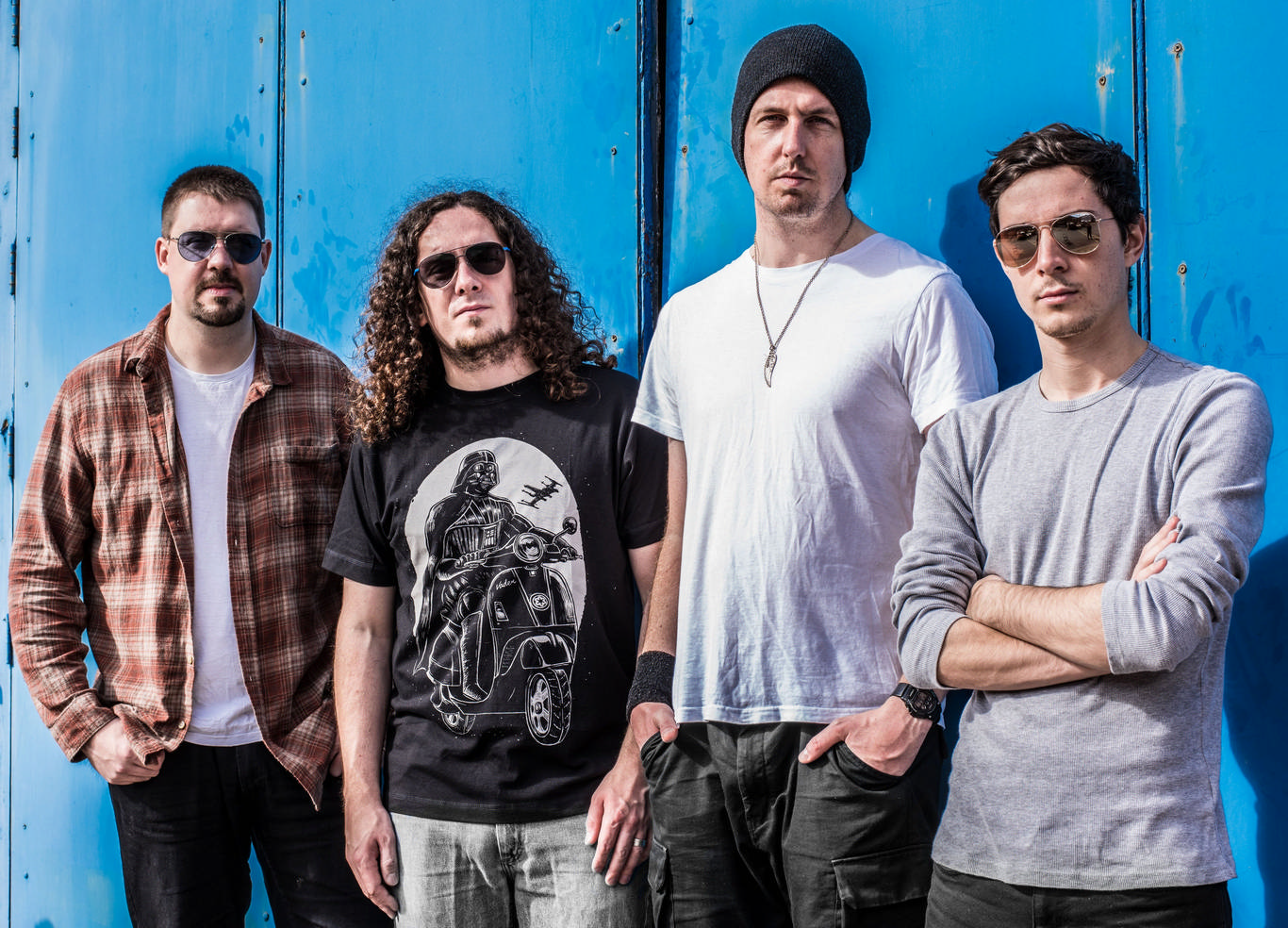 Following the release of their new single ‘Everything Is Great‘, we asked Hercules Morse to tell us more about themselves using our A-Z challenge!

The entire self-titled Rage Against The Machine album.

We once played a gig where there was basically a banquet of Polish food and beer back stage, which was particularly epic.  We ate embarrassing quantities of cured meats and smoked cheese.

After playing a festival, we once ended up in a brawl with a group of lads who were jumping on (and subsequently crushing) other people’s tents.  That escalated quickly.

“When the sky is clear and sun is shining its most bright, the shadows appear darkest and they seep into my mind”

One off our forthcoming album (release May 4th) called ‘Cuckoo‘ slid out like a greasy turd.

Will Gardner – the vocalist from Black Peaks.  I’d like to hear what our music sounded like with someone that can really sing (and I mean REALLY sing).  His pipes are insane.  Plus he has the same surname as our guitarist and that’s the kind of thing I find infinitely amusing.

The 6 hour practice sessions where you could cut the sexual tension with a James Blunt knife.

As a child, our bassist was a county champion at lawn bowls.

Our drummer is a child.  This is somewhere between a joke and a fact.

Be prepared to face copyright lawsuits.

We once played a gig on Yautja Prime; the home planet of Predator.

Joe Dart, the ridiculously talented bassist from Vulfpeck inspires me to give up playing on music because he’s already completed it.

Well, it would have to be Foos/QOTSA.  Easy.

One day, I’d love to do an M25 tour (preferable clockwise and anticlockwise in the same day).

“Patience is a virtue.  Impatience gets shit done.” Steve George 2018

The album is called ‘Vita Boundary‘ partly because there is a running lyrical theme of mental health and it’s often limiting effect on life, but also as a pun on our first EP title which was named ‘Edge Of Life‘.

Wow. Simple question.  I couldn’t choose between the actual creative output, but I would say I think the music industry was in a healthier state in the past. Oh the good old days…

At gigs, our merch stand includes mugs, plus posters of TV presenter Pat Sharp that don’t even have the band name on.  Now THAT is advertising.

I have a slight obsession with creating lounge jazz versions of our music.  Luckily (for the world), thus far they have never left my brain.

I don’t think I can answer this question in a way that won’t make people do a little sick in their mouth.  Of course, our fans mean everything to us, and this new album wouldn’t exist without them (at very least for the fact that they paid for it via crowdfunding).

Our bassist has Repetitive Strain Injury in his right wrist from playing too much bass (THAT’S WHAT HE SAYS).

We are all equally capable of being punctual or being late.  Our collective time-keeping is inconsistent at best.

A Tortoise with an addiction to Amphetamines.