Heart of Oak Take on the A-Z Questionnaire Challenge!

Heart of Oak aka Jimmy Broomfield, is a singer songwriter from the New Forest, England. A born storyteller, Heart of Oak is the culmination of many years of learning and a craft that is honed, perhaps, if you’ll forgive the cliche, even carved, from within. Jimmy took on the A-Z Questionnaire Challenge, read his answers below… 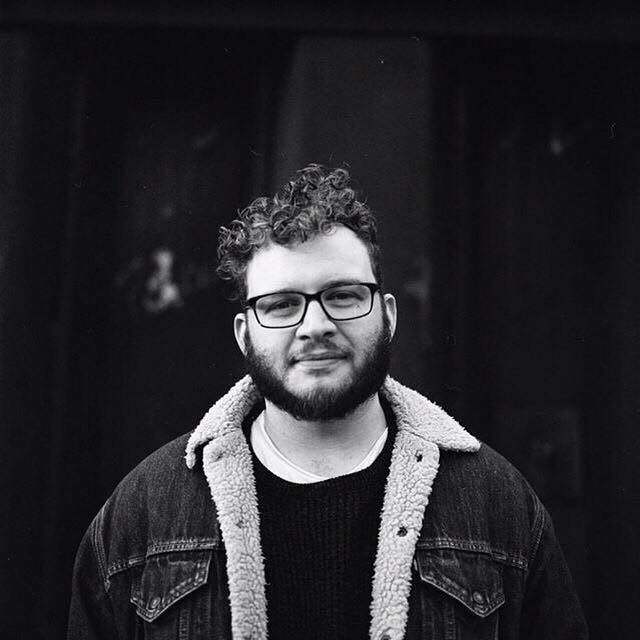 Heart of Oak aka Jimmy Broomfield, is a singer songwriter from the New Forest, England.  A born storyteller, Heart of Oak is the culmination of many years of learning and a craft that is honed, perhaps, if you’ll forgive the cliche, even carved, from within. Jimmy took on the A-Z Questionnaire Challenge, read his answers below…

“Slow Show” by The National. Man that song is just super beautiful, also, think about how many hipster weddings it’s probably been played at and how many Grandma’s have had to hear him sing about his dick. Equal parts moving, intelligent and dick joke? Sounds like a Heart of Oak song right there.

Absolutely 100% Roskilde Festival a few years back, I was with another band at the time (so this may be cheating, I don’t really get riders as it’s just little old me). ANYWAY, as well as the usual cans of coke and beer, they also had a fridge full of this incredible danish chocolate milk, needless to say I brought a crate full of that home with me. Then they had all these super amazing barbecue chefs and they cooked probably the best steak and chips I’ve ever eaten, just absolutely outstanding. Of course I made friends with the chef and she cooked another one for me after the set, (my ability to get a SHIT LOAD of festival food is apparently a well known joke now).

Because i’m always driving I don’t get to party very much at all, so as lame as it sounds, I’m going to say mountains, any mountains, i’m a child of the sea and the flattest forest in the world, so getting to drive through, climb up, or generally see mountains is always the craziest thing for me, they also kind of scare me a bit, I get all claustrophobic and weird.

“for a while now, i’ve wanted to join my brother on the sea”, that’s a line and a story for my family that does not mean what it sounds like. It’s kind of like an in-joke between us all. There’s a lot of in-jokes in my lyrics, I won’t lie.

Skin and Bones, 45 minutes, start to finish, I had all these lyrics floating around and suddenly it felt like I was in the matrix, the whole song went together like a jigsaw puzzle from what I thought was about ten different songs.

Maybe Bono, not because I like him, I think he’s a dick, but because I could walk around the studio calling to him like Alan Partridge, if he’s not available, i’ll say Katy Perry, but my girlfriend might have something else to say about that.

Trying to keep it sustainable, trying to work out where to go next or feel like there is any momentum. Trying to keep my damn “lizard brain” from telling me i’m not good enough.

I dunno, it’s just me! I can wiggle my ears? I’m the worlds shortest giant. I can’t juggle. I used to be allergic to certain brands of washing powders but I think i’ve grown out of it.

When I was touring with the good gentlemen in Owls By Nature, The Lion and the Wolf and Worst Days Down, someone (I think Ben from WDD) started singing Skin and Bones in the style of Creed. I think about that version EVERY night and struggle so hard not to play it sometimes.

It’s the same as everything else, stress, worry, hours of procrastination, deadlines. Either that, or having an idea and letting it cook for as long as physically possible, you can’t force ’em, they’l come when they come.

Fourteen hours. FOURTEEN HOURS of driving. Unless you count flying to America, I guess that would be further, but wayyyyy less exhausting.

Most inspiring musician you’ve ever experienced?

He’s not a musician, but I’ve got to be in the same room as a couple of really amazing writers, probably the most famous of which is Phillip Pullman and he’s such an inspiring dude to be around, every time I left the room with him I felt pumped to go and do things.

Let’s make a list, Max William, The Lion and The Wolf, and The Gospel Youth, they’re all pretty well known, but they’re my best friends, so I should probably mention them once every interview.

I would die a happy man to get to open up for John K Samson, but i’d probably go all fan boy and weird, or maybe we’d talk books.

I’d really like to go back to the States at some point and up north into Denmark and Scandinavia, Iceland. I’ve been reading a lot about those places. Canada for the Ice Hockey, also Japan would be pretty cool. This is also my “places i’d like to go on holiday too” list, surprisingly.

“Outside of a dog, a book is a man’s best friend. Inside of a dog it’s too dark to read”. Groucho Marx

It’s my first E.P and all the other good names sounded pretentious out loud.

House Show tour in Europe at the end of August/start of September, then bits and bobs between here and the end of the year, but hopefully everywhere in 2017.

The old days of music were better than those current, do you agree?

I REALLY want to make a comic book, but I can’t draw for shit. Or maybe a Heart of Oak themed Strandbeest (google them, i’m OBSESSED with them).

Gabba or Jump-Up remixes all round.

They’re all my best friends and help me buy nice things.

I totally screwed my back up falling out of a van once, does that count? (GR: Yeah)

Mine. Always mine. I’m permanently late for everything everywhere forever.

I want to say something awesome like a bear or a shark or a fossa, but it’s probably a sloth. Maybe a bear works though, really busy and kind of big and hairy and awesome, but also asleep half the year.