Hannah had a chat with Sanity Check’s guitarist Kenzie! 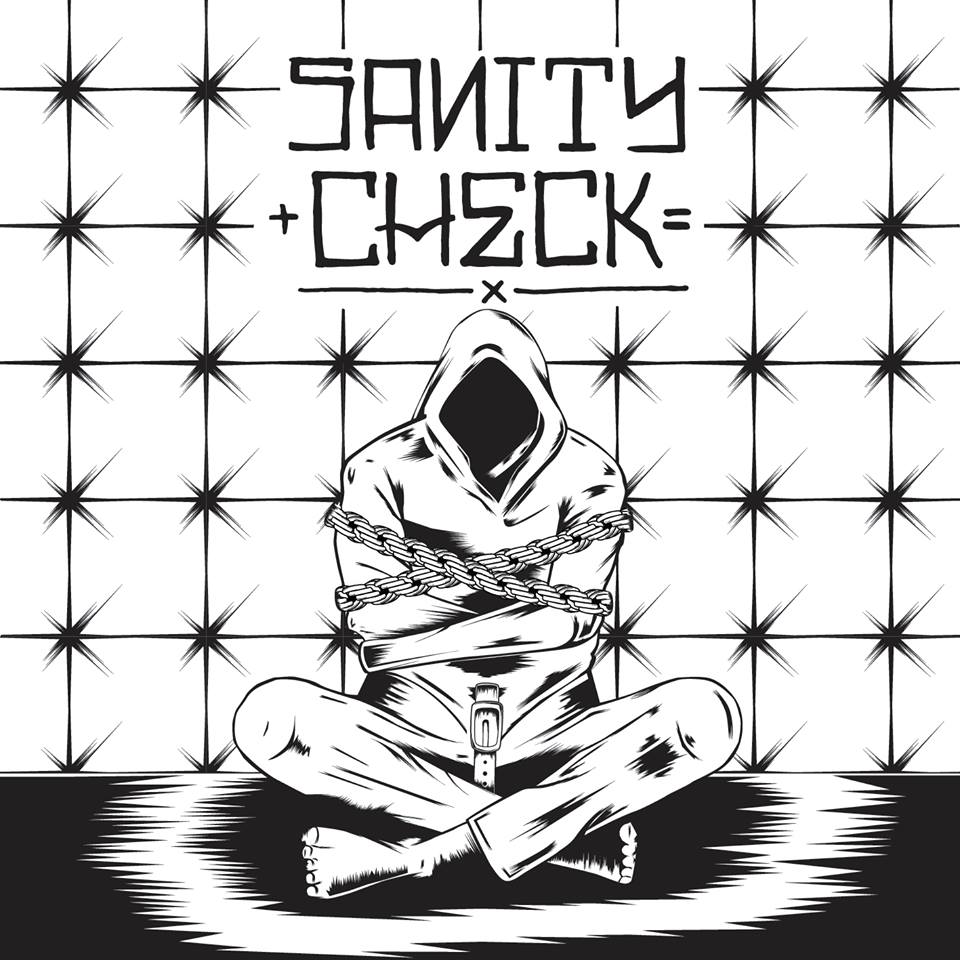 Hannah here! I interviewed Kenzie from Sanity Check who are a Newcastle hardcore band. I asked him various questions like how his band happened, advice for fellow upcoming musician’s, who they’d like to play with and who doesn’t want to know what keeps the band ticking and what their influences are?

Here is the interview…

Alright, my names Kenzie and I play guitar and do backup vocals for Sanity Check.

Hey Kenzie! How did you get the band together?

Long story short.. S**t went tits up in my old band preserver which had nothing to do with anyone in the band other than the vocalist.. With our name being tainted and the band slowly falling apart me and the drummer whose also a really good mate of mine (Sol) decided to end it and focus on a new band. A band that was straight up hardcore with a new line up, rather then focusing on a beatdown sound like our predecessor. We had money off our old band so luckily we went straight into the studio and recorded a two track within a month of our old band splitting. Whilst in the studio we were still hunting for a bassist and vocalist to join ranks, which was where Mark Ward (of 40oz) stepped in. Mark showed a keen interest; rocked up to a two hour practice and blew away our expectations, with one practice under his belt and two days to write two songs lyrically that weekend he stepped into the studio and busted out the tracks. Finding Thomas was a bit of a ball-ache.. Thomas was previously in a band called Wrong Mentality after months of racking my mind on who could fill in on bass the penny dropped, I dropped him a message and within a few days he was in the band. We’ve been active as a band for the last two-three months now and things are going great!

What are your bands main influences?

Nah I’m joking, this is a rather tricky question. We are all influenced by different bands which we hope comes across in our sound, we are trying to hit a sound which appeals to all members of the band, keeping us excited and on our toes. If I had to describe it I’d describe it as straight up hardcore with a mix of youth crew, beatdown and crossover for good measures. This is mainly due to everyone in the band preferring a different sub genre so to speak of hardcore, we’re trying to mix it up a bit whilst holding down our own original sound.

Where do you see the band in the future?

We all have a goal to reach it to Europe within the next year or two.. None of us expect to be rockstars and are all pretty tied down with our jobs and home lives. All we want to do is play shows, travel, meet new people and hear new music. It’s great that we have this outlet in our lives which gives us these opportunity’s

Can we expect any releases anytime soon?

Yeah you can, definitely within this year. Ney dates set yet like but we’re currently in the writing process and have decided it’ll more then likely be a five track we’ll record next. We have more than enough material wrote to record now if we wanted to but we want to be able to have a vast arsenal of songs to choose from .

If you could go play with any local band who would it be and why?

I’d say we’ve played with all the main ones involved in hardcore around here worth checking out already, this is mainly due to how very few bands there is around here..  Other then our boys in interzone who have just dropped there two track.

We’d love to do a weekender with Hellbound and Deatheater, if you’s see this lads lets get it done!

S**t, also wouldn’t mind checking that The NX or something? Rather old school, chariot vibes crossed with every time I die

What instruments do you play?

I play guitar in Sanity Check, I can also play the decks pure belta and fast as f**k. On a serious note I’d like to learn to play piano.

Best gig experience you have had so far?

Our last show went OFF!! We played the three tuns with our good mates in Your Loss, Hellbound and Deatheater and the whole room was like a war zone during our set. I can’t put into words how good it makes me feel watching a bunch of kids kick the s**t out of each other and scream our words back at us whilst I jump around like a loon playing guitar.

Do you have any gigs coming up soon

Yeah we have quite a few coming up, to name a few we have a tour with Your Loss coming up at the end of next month, four dates across the UK two of which are in the north east.

If you could give any advice for a new band coming into the scene what would it be?

What is your favourite album and why?

That’s like asking a mother who her favourite child is! Hard question but I’d probably say my favourite album is a toss up between Jimi Hendrix are you experienced yet or  Rage against the machines self-titled..

Thanks for the interview Kenzie, if you want to hear anything from Sanity check click the link below for their band camp and download it.