Jot Maxi of Hacktivist speaks about new album Hyperdialect, the meaning behind the record and having Mew as a starter Pokemon… 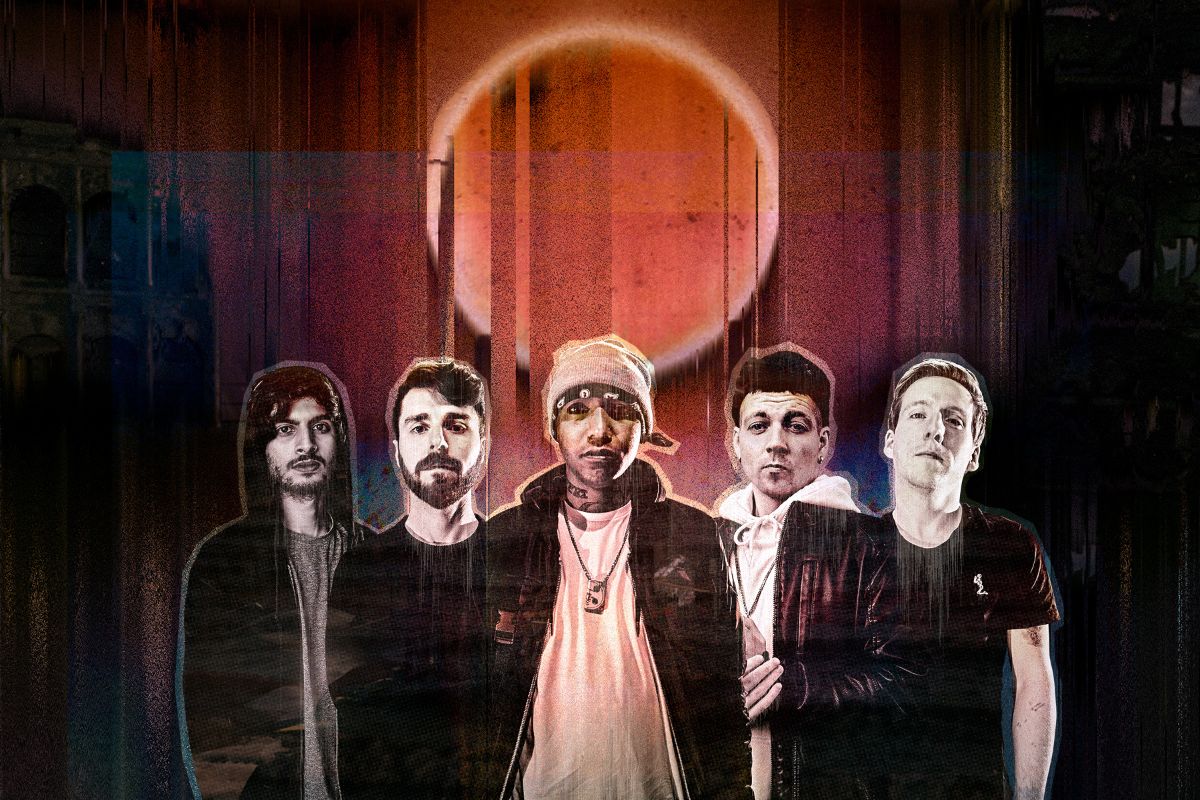 Hyperdialect is released on Friday, are you looking forward to fans hearing it?

I am post-excited about everyone hearing this one! What I mean is I have been looking towards this moment since 2017 when I joined the rest of the boys…
I started writing some of the songs on this album back then, and there have been various delays over the past year or so obviously, so it feels like I’ve gone past the point of excitement at this point! But I know that’s not the case, it will start to sink in when I see real people saying real things about how these real songs have made them feel! It’s definitely going to be humbling.

Can you tell us some of the inspiration behind the record? What made you want to ‘spit the truth’ in such a ferocious way?

Ahaha it’s just something I’ve always done, I feel the need to look for the hidden facts behind what we see, or what we’re fed. Quite often that search results in the discovery that we’re being constantly lied to, which instantly makes me furious because I believe we should all treat each other equally. Then when Hacktivist asked me to come on board with them I felt like I’d truly found my place because obviously that’s what Hacktivist is all about! That and pushing the limits with music that makes you go crazy!

You and J Hurley share vocal and lyrical duties, was it easy to bounce off each other?

It’s extremely organic to bounce back and forward between each other musically because we both started rapping to Grime music so we have that same high tempo and rhyme structure flowing through us both. Then with the subject matter it’s very natural because we aren’t so much speaking as individuals as much as uniting to speak as Hacktivist, following the formula and world view that we have as a band. Sometimes we have creative differences but we work through those as a team, normally we both want the same end result but we might take different routes to get there and need to make the odd compromise, but it would be boring if we didn’t have to face the occasional challenge.

What is your standout track on the record and why?

Ahhh, they are all so unique and important… On the subject of flowing between J Hurley and myself, I’m very proud of what we’ve achieved with ‘Turning The Tables‘, but I feel like I should also mention the song ‘Ultima Dies‘, it’s the only track on the album where J doesn’t have any vocals, it’s one I kind of came up with last minute and isn’t actually supposed to be taken seriously! Although some people have already told me they think it’s one of the darkest tracks on the record so I think it’s important to let everyone know it was intended as a sort of skit!

What is one message you want fans to take from listening to Hyperdialect?

Don’t justify your actions by what everyone else is doing. You can always do things a better way and even if it doesn’t feel like you’re making a difference, you are! Stand up for what is right even if you’re standing alone, and don’t lose hope, there is always a light shining somewhere in all of this darkness.

We always end with some fun questions: If you were a Pokemon trainer, what would be your starter Pokemon?

Okay, sweet! Erm… I’d probably stumble directly upon Mew and be in way over my head, it would end up teaching me way more than I could teach it!
If there’s no Mew in sight I’ll take an Eevee, I like them because they can turn into anything.

Only one!! A treble clef on my right index finger, and it means many things. Firstly it stands for moderation in everything, as an addict (currently clean) I need reminding of that, so the idea is just to have this one tattoo and no others! Very difficult! It also reminds me that my mother is still with me, she used to draw this symbol everywhere and I lost her to suicide back in 2012. Then of course it’s the finger I hold a pen with so it’s also to remind me to never stop writing music.

Wow… I’d rather lose my voice but continue writing, it would be better to hear my words come to fruition through other artists than to have to perform someone else’s work forever!