Our A-Z challenge is a fun way to get to know the many bands and artists out there. Here its the turn of Grave Goods to tell us all about themselves! 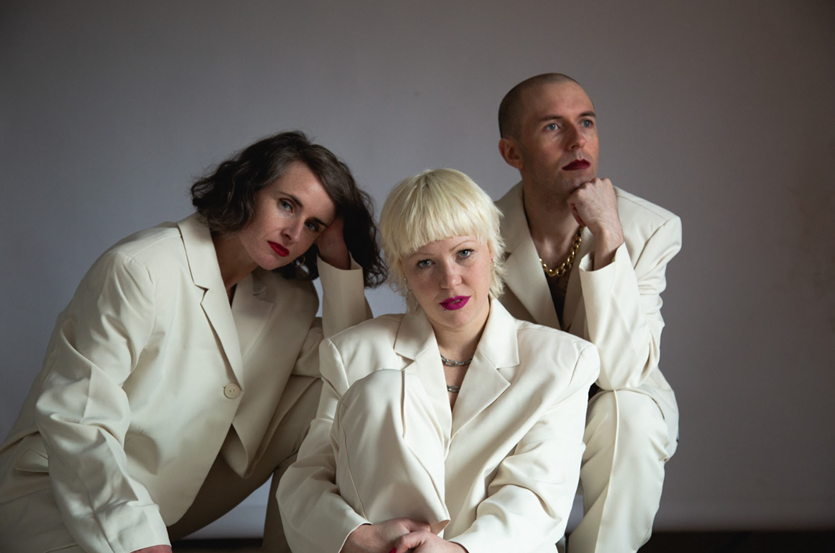 Sarah Grimes (drums): Getting to record the album

LM: They’re all about the absurdity of human existence, but ‘I’ve been looking, and I found nothing.’  Is the deepest for me.  Your life is what you make of it.

LM: Come. It was pure frustration, and guttural expression.  I love it, and I love playing it live.

LM: I honestly love playing them all.  Come gets my adrenaline going, and I like Juice too.

P: Bez, we could probably use a full time maracas player by now

LM: Living in different countries, it means we have to streamline everything when we meet up and I like working like that.

LM: Sarah is the best drummer in Ireland.

S: There are many. Most of them revolve around our accents.

LM: Don’t over think it.

S: Knowing when to stop

LM: We all travel pretty far to play any show as we’re based between Dublin, Belfast and Manchester – but I guess Glasgow is gonna be the furthest for us collectively.

S: Phil and I went to India to play two gigs a few years ago, that was mad.

Quote that you’ve like to pass on to our readers?

LM: It’s from my favourite line in my favourite book ‘Nausea’ which inspired me a lot lyrically ‘Tuesday. Nothing Existed’ which we changed to present tense.  To me it sums up the beautiful absurdity of existence.

LM: No, I love all music, from primitive drones, to classical to techno and everything has it’s place.  I think enjoying the nostalgia and the feel of the era the music was made in is a part of the enjoyment of it. Seeing the way music has progressed is beautiful and I think it’s really exciting to see what is coming next.  I’m studying music and machine learning at the moment, and I’m loving seeing the next level creativity that is unfolding.

LM: On the way, ltd edition hand made pink velvet Psychopomp head masks (as featured in one of our videos.)

P: Maybe we could have Grave Goods branded grave goods for our fans to take with them into the next life

Variations you’ve like to do on one of your songs?