Galactic Empire on their out of this world music

Galactic Empire are are releasing their debut self-titled album on February 3rd, and are preparing for a tour full of insane, energetic performances. The band combine pieces from the Star Wars soundtracks with heavy metal elements to create a whole new genre which really is out of this world. We caught up with Galactic Empire […] 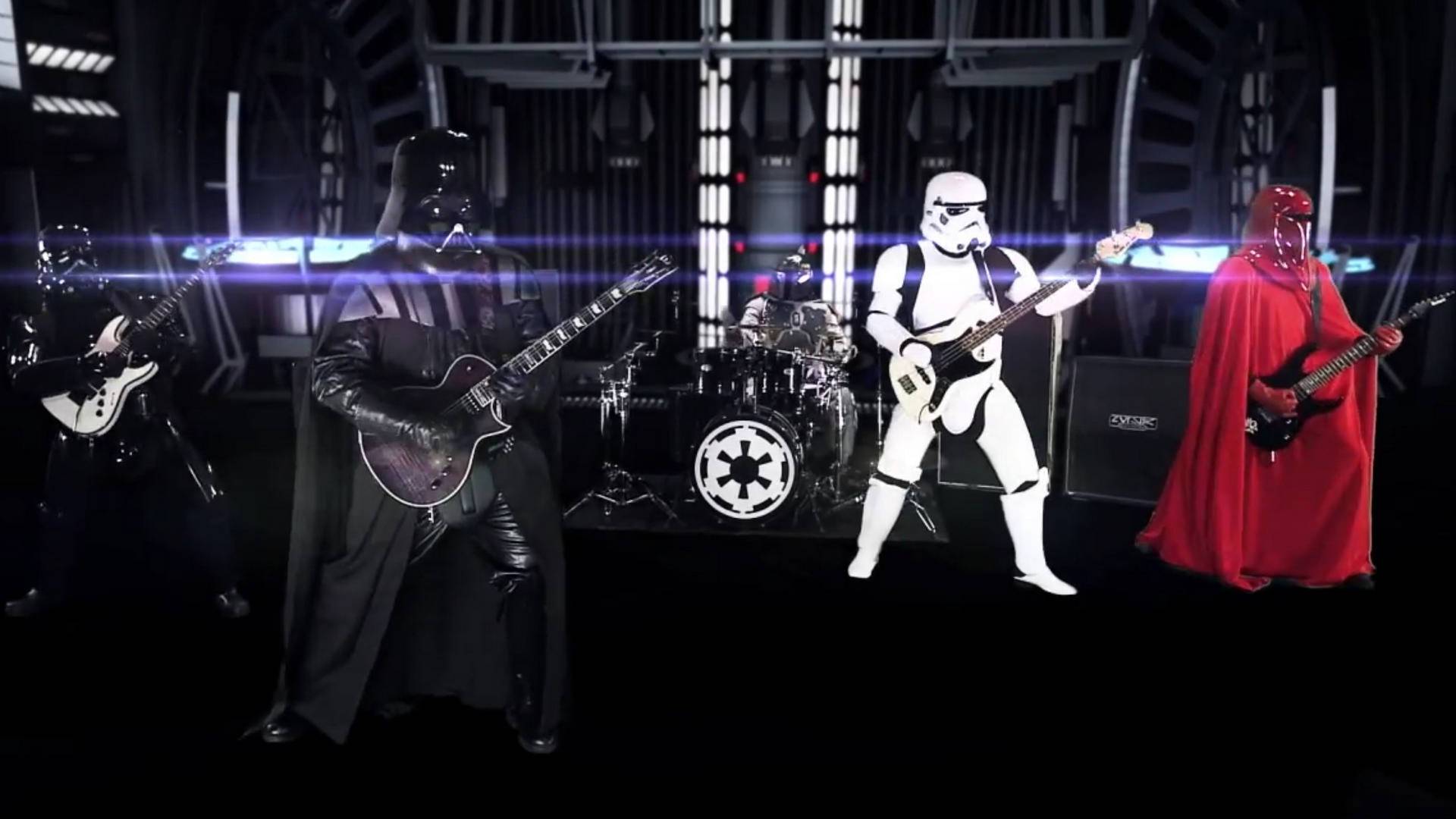 Galactic Empire are are releasing their debut self-titled album on February 3rd, and are preparing for a tour full of insane, energetic performances. The band combine pieces from the Star Wars soundtracks with heavy metal elements to create a whole new genre which really is out of this world. We caught up with Galactic Empire to talk about their music, tour, and Rogue One.

You guys are more than just a cover band. What inspired you to take Star Wars themes, and put your own twist on them?

What is this “cover band” you speak of? The Emperor commissioned me (Dark Vader ) to play my awesome theme song in heavy metal, and tour with the Empire across the Galaxy. I mean, the concept seems pretty simple. The Empire (full of awesome bad dudes like me) + Super heavy metal progressive awesome guitar = sick.

Did you find adapting any of the songs difficult?

You don’t know the POWER of the dark side. I can bring old scores back, and even keep them from dying. I can influence the midi to do my bidding inside of your earth’s Pro Tools recording software. Also, John Williams is pretty cool and I am a big fan; so super extra props to him for writing my awesome theme song, and all of the other music he has arranged about my life, and the rest of my family. It is actually really hard, I was just fronting.

What has the response been from Star Wars fans?

So far, all have kneeled to the awesome power of the Empire. The shows have been sick, and lots of people are coming out. Soon they will ALL join us. Or, I suppose they can also choose not to. Either way we’re stoked to have their participation if they wish to be involved.

You have received praise from the likes of NME, and there’s a lot of buzz about your album – how are you feeling about the release?

The Emperor has done a sick job getting press to reach even the outer rim territories. The regional governors have all been pretty stoked too. We offer all to continue reveling in the awesomeness, that is the Dark Sith Lord Prog Metal of our really cool band, and we want to say thank you in a more polite manner. I apologize if it sometimes takes me a while to find my words. Half my body was cut off on a volcanic planet.

Are you excited to go on tour?

I am super stoked to continue our full galaxy tour. Our first stop in the UK system seems to have no-one to slow us down. We can’t wait to play really heavy metal for everybody and sell them t-shirts while wearing our super cool armor and helmets.

What can fans expect from your shows?

Prepare yourselves for the ultimate power in the universe. I suggest you view it. Bring your jedi robes and lightsabers. Let’s party.

Our armor is designed to allow for maximum movement and playability, while minimizing perspiration and exhaustion. The armor also is designed to protect us from the ultimate Supreme Sith Overlord Darth Walk Disnius. We do not wish to incur his wrath.

What did you think about Rogue One?

Rogue One must be the call sign of a rebel traitor. His insolence will not be tolerated and he is a traitor to the empire, and an enemy. However, if you are speaking about a Motion Picture with the same name, it is super sick and we all really like it a lot – really cool movie.